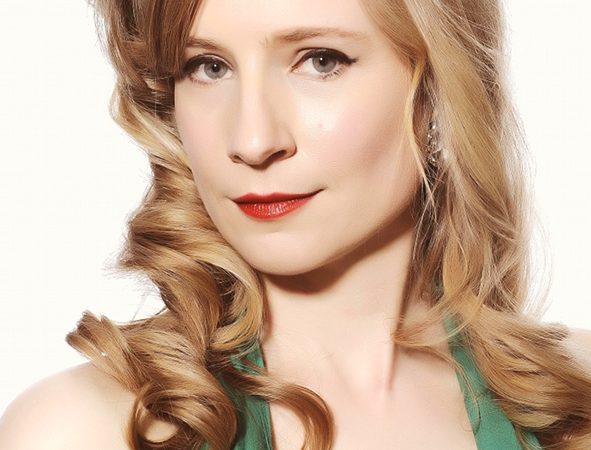 Writer, actor and storyteller MIRANDA KEELING talks to ANNA CALE about how sharing her observations on Twitter has captured people’s imaginations.

When I speak to Miranda Keeling, she’s delighted to have managed to grab a few precious moments while her baby has a nap. Much like her storytelling, sometimes it’s the small things that bring the most joy in life.

Known for her warm, detailed observations of life’s minutiae, the writer and actor has carved out a unique little world on Twitter, where her followers can escape from reality for a short time and absorb themselves in the familiar little details of life in the city.

Keeling’s own background is as eclectic as her career. Born in Whitby, she’s lived in various places around the world, including the USA and the Netherlands, eventually settling in London, “It’s weird, I feel like I’m from everywhere, and nowhere, which gives me a real sense of adventure about a new place, I guess that’s why I look at everything like that.”

It was a love of musical theatre as a child that planted the artistic seed for Keeling, but she took a very different route and studied glassmaking at university, still channelling her creative side, “I loved it and I think if you’re a creative person it comes out in lots of different ways.”

Her keen eye for detail was already there in those early days, “I got really obsessed with tiny pieces, they were so small they would fit in the palm of your hand, and then I’d polish them up and they’d have all these tiny details inside. I think I’m quite fascinated with the details of things.”

She embarked on an acting career, but it’s a difficult path to follow, especially if your route into it is unconventional like Keeling’s, “I love acting, it’s brilliant. It’s a tough career though because it’s not very linear, no matter where you end up standing it doesn’t necessarily support you to get the next thing.”

Keeling was performing in physical theatre when she won BBC Radio Drama’s Norman Beaton Fellowship, which aims to broaden the range of actors in radio drama. It’s awarded each year to a male actor and female actor who, like Keeling, haven’t been to drama school or had the usual route into acting, “Being on the radio was amazing, the focus is so specific, everything just sort of falls away and you’ve just got to use your voice, you’ve got no other option, your way to say what you’re saying, you can’t use you face or your body or anything.”

Keeling pauses, “I realise how much what I’m saying is related, there is a similar focus in a tweet.”

That brings us nicely on to the subject of her tweets, which have brought her a lot of attention and taken on a life of their own. She documents life in London or wherever she might be, capturing the small everyday things that other people might miss.

Keeling started observing things and writing them in a notebook, just for her own amusement. One day she spotted something in her garden and tweeted it. A couple of followers liked it, “When I was first observing things, I wasn’t doing it for anyone, because there wasn’t anyone listening.”

“I used to carry a sketchbook with me and sketch people on the train and buildings and stuff everywhere. I don’t do that anymore and I kind of miss doing it, now I guess I sketch them with words.”

Keeling loves telling stories, “Even within the tiny world of a tweet, I’m looking for a beginning, a middle and an end I think.”

I ask Keeling how she feels when people engage with a tweet, expressing how they resonate with them, “It’s so lovely. Just today I’ve had one of those, this woman did that thing where she’s walking her dog and she was going forwards but because of the dog lead she had to do this 360 degree turn to get the lead unwrapped as her and the dog walked forwards.”

Keeling continues, “It’s just a little thing and I nearly didn’t post it but immediately the response was ‘oh I do that!’ and people sending me GIFs of ballerinas and it was just this recognisable moment for anyone who has walked a dog, and I think that is so lovely.”

We talk about how you might drop in on her timeline momentarily at lunchtime or on your way home from work, and suddenly you’re transported elsewhere,  “Almost like dipping into somebody’s thoughts, you don’t get to keep them, they’re ephemeral, they’re moving all the time.”

She talks about the importance of the poetic in life, referencing Roger McGough’s ability to paint a picture through words, “There’s something about poetry describing something in a way where you just drop in, maybe that’s why I love Twitter? It’s got a distilling quality that means your storytelling has to be very accurate or sparse. It can clarify things.”

In a lovely twist, people started illustrating her tweets and sending the pictures to her, a development which Keeling loves, “I think it was 2013 when artist mr welbeck kane sent me this drawing of my tweet about a woman reading a book about tigers, saying ‘I just drew this in response to your tweet’ and I was like, ‘that is awesome!’”

Keeling retweeted it, and now people keep sending her their own illustrations. She has hundreds, even children’s drawings where parents have read them one of her tweets. She wasn’t sure what to do with them all, until a friend’s son suggested she should exhibit them, “He said, ‘you should go offline with it and make something tangible because online is not as cool as real life.’”

In March this year she got together a set of prints of her illustrated tweets and held an exhibition in Tottenham. She’s also holding another one in Walthamstow and has plans for more.

Keeling is pleased to have found a way to celebrate that meaningful interaction with her followers, and to be able to pay the artists for their work, “Somebody said to me yesterday that on Twitter he’d read something, and by tomorrow he wouldn’t be able to find it on my timeline. It would be gone. And he said although there’s something lovely about that, there’s also something lovely about standing in front of them physically in this kind of static archive of moments.”

The moments she captures are a way of documenting the beauty in everyday life, “It’s addictive and fun and interesting and makes me feel both connected to other people, and yet all the moments feel quite private and small.”

I mention that I often find extra meaning in the tweets about young children, as having a young daughter I can really identify with those precious moments. Keeling is now a mum herself, and looking forward to doing the same when her baby is older, “Children have a magical way of saying things.”

She tells me that she has tweeted twice about children interacting with falling leaves, one time a girl, the other a boy, “Both times the children were very concerned about this leaf that had fallen. How tired it was, how it had come such a long way, this sort of thing, and I was quite interested in this correlation between two children at different times in different parts of London. You think is there some sort of universal truth in this you know? This recognition.”

In addition to writing, acting and broadcasting, Keeling also makes short films with her brother and with other writers, a medium she would love to explore further, “You know when you want to have so many lives to do so many things?”

Keeling acknowledges the variety of experiences her wide-ranging career offers, “I think there is value in it these days. Now it does feel that this eclectic portfolio is more acceptable and its certainly more interesting for me.”

“I once spent six months doing a temp job in an office. I liked the small things about it, like I had a mug and a desk, and I had a routine into work, I liked to sit in a certain place on the train and weirdly I liked the consistency because my life has no consistency, but otherwise it drove me crackers! I like variety.”

Keeling has lots of plans for projects, including writing a novel and developing a podcast idea. She might even leave London one day in the future. But she’s keen to keep creating, wherever she ends up, “I’ve got this little fantasy. I was born by the sea and I feel I’m called by the sea all the time. So I have a feeling about living by the sea and having a little studio in the garden where I write.” She pauses, then adds, “But there’s also something very compelling about having this city full of people to observe.” Something tells me she’ll be staying there for a while yet.

You can find Miranda Keeling’s observations on Twitter @MirandaKeeling

Links to her writing, broadcasting and filmmaking can be found on her Website