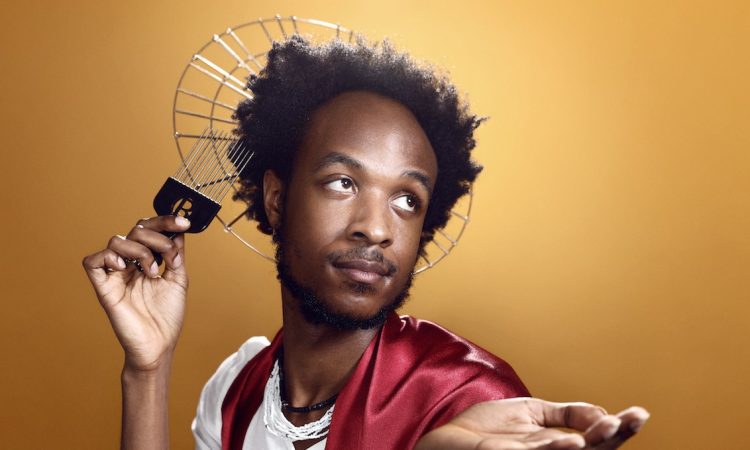 Who would you rather pray to? Beyoncé or White Jesus?

There’s a lesson in Jamal Gerald’s Idol which needs to be learnt pretty quickly if we are serious about transforming our world for the better.

Gerald’s personal journey reflects far wider struggles and inequalities. We are given rosewater on entering and told how to avoid evil spirits when exiting. The narrator’s crisis of restrictive faith led him to an immersion in spirituality. What is it like to be a black man and gay? Challenging.

Transform offers performance without the boundaries of stereotypes. Idol is multi-sensory: perfumed aromas, candles, film and music (talent so good requests are made after the show for a soundtrack) underpin the performances which range from athletic physicality to movement of soft sensuality. Idol incorporates monologue, song and unflinching eye contact. The performer commands his space and audience.

Having rejected his original idea of a plantation tent as reinforcing the negative, Gerald’s sets Idol in a homage to a Yoruba palais; specifically the part used for singing, dancing and drumming, the Orisha altars resplendent with offerings and incense. Behind the musicians to the rear is Black Jesus. Centre stage and present throughout the narrative are Jamal’s idols – his favourite musicians: Beyoncé and Prince.

Throughout he offers us insights into colourism within black communities Colourism is a useful word that encompasses the many subtleties of inequality at work beneath overt racism. It has so many labels: unconscious bias; white privilege; white supremacy; etc. Idol reminds us how alive it is: “It breathes, it crawls.”

Colourism permeates every tier of Gerald’s story – the marriage potential of white gay men; stories from his youth around lightness of skin; ownership in the music industry. In Christianity’s portrayal of the Messiah as a white man, Gerald confronts the dominance of whiteness. If Jesus is white, how does any black person believe they can rise to the top?

Given the seriousness of the message, there is no tub thumping. Gerald balances seriousness with a delicious mischievousness which he uses to take us from laughter to awkwardness, and from awkwardness to direct challenge.

He weaves in ‘throwaway’ comments, which he reiterates to exemplify their significance. An example is the “runaway slave” scene in which the drum becomes the metaphorical slave whip. We are held.

Nor is Gerald afraid to exploit direct gaze given his close proximity to his audience. Here is a man who bares all (literally and without titillation), whose honesty and warmth make us feel honoured to share in his story. The major themes of his life are religion, idols, spirituality, sexuality and performance. We learn, we enjoy, we empathise.

Applause cannot convey the full experience we’ve had and our gratitude for this brilliant show. This is performance at its greatest. We want more and then we want to know what more we can all do. Gerald frequently asks himself, “What would Prince do?” Well. I think he’d start by reading some of these.

Thanks to Maddy Costa for Tweeting about this.