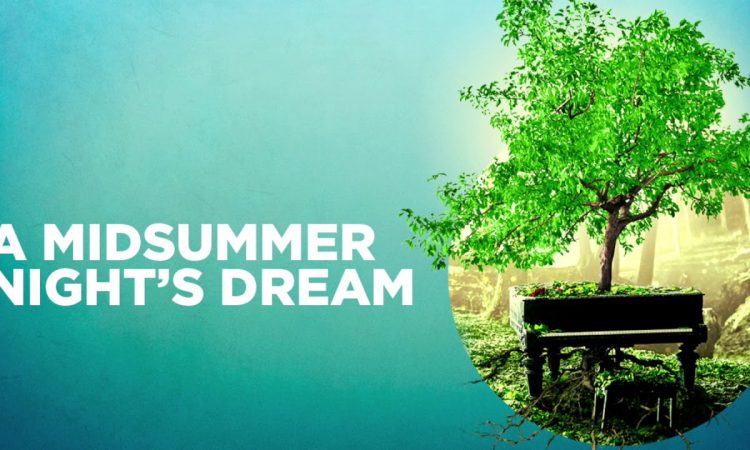 For any adult theatre-goer, the realisation that a large proportion of the audience consists of school parties possibly on their first visit to a theatre, could be a heart-sink moment.  One grumpily anticipates much shuffling, chattering and rustling of crisp packets.

However, at Sheffield’s Crucible Theatre the evening I visited, those teenagers added hugely to the experience, responding with sheer delight; laughing uproariously at the physical comedy of the Helena-Hermia catfight and the rude Mechanicals’ ludicrous play, while gasping at the production’s moments of pure magic.

The slapstick comedy sits alongside darker themes: these fairies bear no resemblance to Victorian confections with gossamer wings. They’re alien and feel just a little bit dangerous; visually striking in their neon costumes, the coloured discs on their foreheads picked out by the lighting.

The contrast between the brightly lit daytime scenes with Theseus and Hippolyta, the pairs of lovers and the ‘Am Dram‘ troupe is dramatic and highlights the disorientation of the lovers and the players when they stray into this other dream-like world.

It’s a beautiful set, with no props beyond a piano centre stage.  This alerts us to the importance of music in the production – but the piano serves other functions too.  Suffice it to say, it plays a crucial role rather than merely providing accompaniment.  The production treats us to all of the songs in Shakespeare’s text, many of which are often omitted, along with an original number for Titania.

The composer is Dan Gillespie Sells, frontman of indie band The Feeling, and composer of the soundtrack for the musical Everybody’s Talking About Jamie, which launched at the Crucible before going on to huge national success.

As he says, ‘Music represents magic’, and it is woven throughout the play, not just in the songs, but in fragments played by various members of the cast, matching and enhancing the mood of the scene.  It’s thus inevitable that the performance of Pyramus and Thisbe would turn out to be a musical, as Bottom brings some of the magic of the forest back with him.

The four lovers are excellent, particularly the women.  The casting makes the most of Shakespeare’s references to a disparity in height between them – this Hermia, played by Patricia Allison, is tiny and looks delicate but, as Helena (an elegant, distraught Evelyn Miller) says, ‘though she be but little, she is fierce’, and she certainly is, hurling herself around the stage and at the protagonists, much to the delight of the audience.

As is customary, Oberon and Theseus, and Titania and Hippolyta, are played by the same actors (Phil Cheadle and Pandora Colin respectively) and Bobby Delaney doubles as Philostrate and a sardonic, but magical Puck.

In fact, everyone gets to play at least one role, with the other cast members doubling as fairies.  Daniel Rigby’s Bottom is splendid (yes, I know) – just the right amount of deluded self-belief and superb comic timing (not least in his death scene as Pyramus).

The rest of Bottom’s troupe of players are all terrific, but perhaps the outstanding performer is Francesca Mills as Snug/The Lion, echoing Hermia as a tiny, fierce presence, and delighting us with a bravura display of tap dancing.

It’s not a production that will be controversial for the most part – the cuts to the early scenes removing the part of Egeus completely might be arguable, but hardly disrupt the narrative flow.  That finale may quite possibly offend purists (or those who are allergic to ’70s glam rock…) but, to quote Puck, 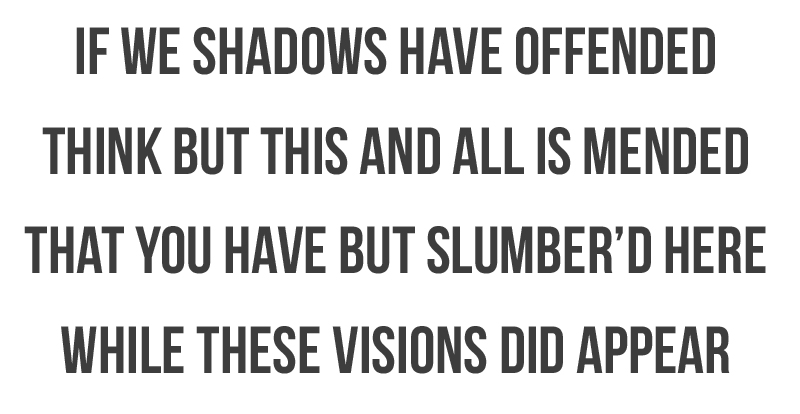 We, however, were ‘stirred up to merriments’ and enchanted by magic…

A Midsummer Night’s Dream is at the Sheffield Crucible until Saturday 20 October. More information here.