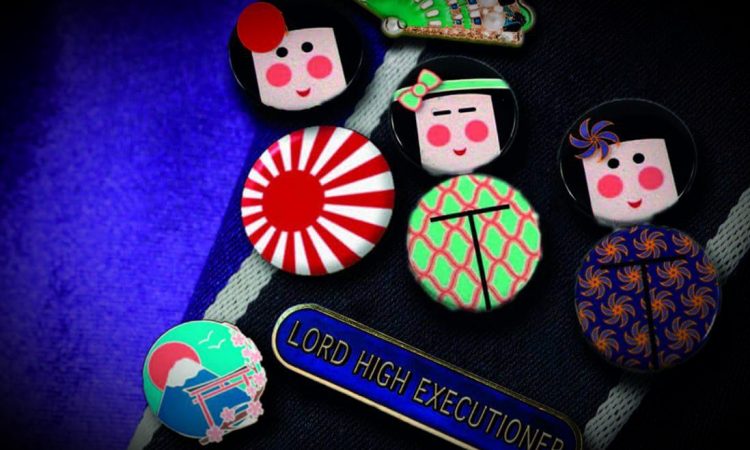 The Leeds Gilbert and Sullivan Society perform The Mikado at Carriageworks from Wednesday this week.  SARAH CASE, who plays Ko-Ko, talks to VANESSA MUDD about bringing it to life for a modern audience…

For this production of The Mikado, director Anita Adams has transplanted the story from Japan to an English private school in 1978 on the eve of an inspection. Typical Gilbert and Sullivan archetypes are translated into teachers and other school staff.

To make sure The Mikado remains true to Gilbert and Sullivan, you’ve got to update it, says Sarah. “The whole point was to poke fun at things that were current and relevant in late nineteenth century Britain.”

This version plays with the original, so a wish list for who to execute becomes about teachers who annoy others, lazy staff and the visiting inspectors. It uses the hierarchical systems within a school, but can transfer to all workplaces. “People will be able to relate easily to the satire and the characters,” says Sarah.

The story is farcical and hilarious. It includes a missing son, an unhinged executioner, a love-crazed old lady and a romantic triangle too! This being Gilbert and Sullivan, there are some ridiculous character names as well: Pooh–Bah, Nanki Poo and Yum Yum.

Gilbert and Sullivan have always sat between pure opera and musical theatre, rather like a “naughty cousin who’s sat in the middle” Sarah laughs. It’s easier to follow, she tells me, than pure opera because there is the spoken word element which helps the audience with the story.

There are also some very funny songs with fantastic tunes. Gilbert and Sullivan operas were the forerunners of musicals. They were crowd pleasers. Sarah adds that the Leeds Gilbert and Sullivan society has close links to Leeds Youth Opera, so expect the quality of singing to be outstanding.

The original setting of Japan was used by Gilbert and Sullivan to thinly disguise their mocking of the British government. The pair lampooned the aspirational middle classes for trying to get ahead, as well a haughty upper class which is presented as corrupt.