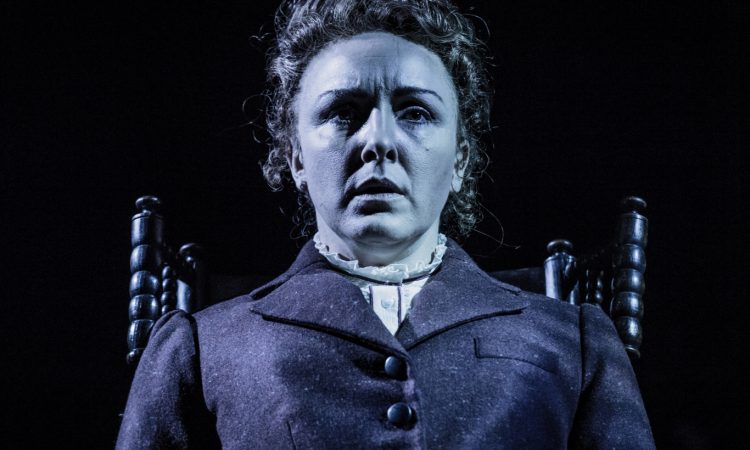 A great new adaptation at West Yorkshire Playhouse of The Turn of the Screw, Henry James’s classic tale of a governess and her two orphan charges haunted by a pair of malignant spirits, is more Freudian Cluedo than Victorian ghost story, says NEIL MUDD…

The Turn of the Screw, Henry James’s crisp, economical ghost story about a provincial English governess who begins seeing dead people, has inspired numerous adaptations and tips of the hat.

Harold Pinter directed a performance on Broadway in 1950. Jack Clayton filmed it as The Innocents in 1961, Truman Capote taking a break from writing In Cold Blood to ramp up the psycho-sexual unease of James’s novella.

Susan Hill had The Turn of the Screw uppermost in mind when she conceived The Woman in Black and, in a new production by Dermot McLaughlin Productions at West Yorkshire Playhouse’s Quarry Theatre, one can appreciate why.

Adapting the story for the stage, Tim Luscombe has effected one or two liberties with the original, the Henry James estate presumably not being quite so litigious as Harper Lee’s. This is mostly for the best. In The Turn of the Screw, James secretes information like so much sediment which works wonderfully on the page, but makes for lousy theatre.

Junking the framing device of the original in favour of having Carli Norris’s governess undergo a form of Gestalt therapy at the hands of an adult Flora is a bold move and works surprisngly well. The small cast handles the timeshifts required expertly and the whole thing makes for a heartbreaking denouement when it finally arrives.

The corrupting incestuous atmosphere of the crumbling, isolated Bly is keenly felt and nicely realised. The unsettling perspectives of the compact set – Angus McBean meets The Cabinet of Dr Caligari – brilliantly suggest a mind unhinged, ensuring the action is coralled like a crimescene in a dolls’ house. As with Eel Marsh House in The Woman in Black, Bly presses its secrets close.

One minor niggle is with the production’s decision to debunk the ambiguity of the story’s supernatural element. The effect is to render it more Freudian Cluedo than Victorian ghost story, but perhaps this is with a sense of pragmatism at modern theatre audiences. James may well signpost a cod-psychological interpretation of the veracity of the governess’s encounters with the spectral apparitions of Peter Quint and Miss Jessell, but he is not altogether wedded to it and affords the reader the space to choose between.

If the frisson of the supernatural is what you are after, there are jumps aplenty in this production. As directed by Daniel Buckroyd, the pacing is energetic and the tension sustained by a series of cleverly dramatic sleights of hand. Carli Norris gives a nuanced performance as The Governess, and Annabel Smith makes a potentially tricky dual transitional role as Flora her own with a highly strung temperament that hints at a deeper emotional wounding. Maggie McCarthy and Michael Hanratty offer sterling support in slightly more diminutive roles than perhaps James intended.

In the end, The Turn of the Screw does what all successful adaptations ought to do. It sends the reader scurrying in search of the original…

The Turn of the Screw at West Yorkshire Playhouse, until 24th March. Details here.