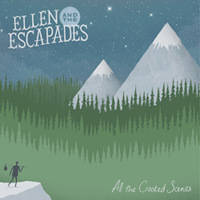 Leeds band Ellen & The Escapades have something else to look forward to alongside the release of their debut album – a tasty beer to go with it.

Castleford-based Brewers and music nutters Revolutions Brewing Company have brewed Escapale (brewed with, and named by the band) to coincide with the release of All The Crooked Scenes in April.

The album and accompanying tour will be launched at The Brudenell Social Club in Leeds on the 14th April, as well as The Lexington in London, where the beer will be available.

You can check out Ellen & The Escapades’ charming site here , and find out more about Revolutions Brewing here.