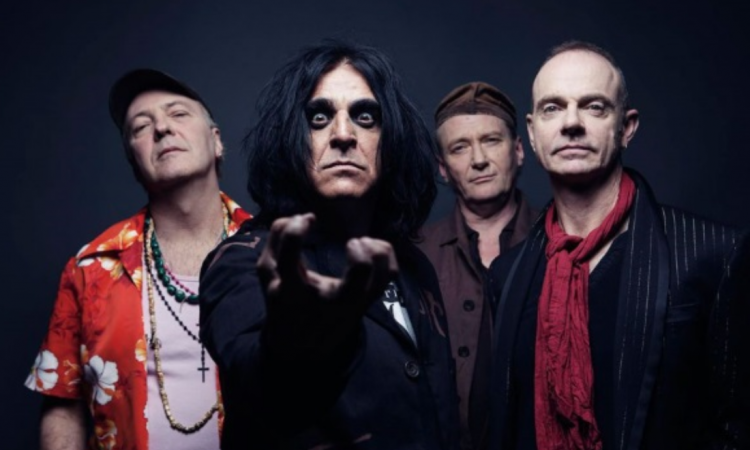 Killing Joke are on their 40th Anniversary Tour, Laugh at Your Peril. TONY JAMESON-ALLEN went to see them at Leeds O2 Academy, Saturday 3rd November.

A World Tour, that began in Seattle on the 1st September, visiting Mexico City, Buenos Aires, Berlin, Prague and Paris along the way saw a truly eclectic mass of gatherers descend on Leeds O2 Academy for the latest gig on the band’s ‘Laugh at Your Peril’ tour.

Jaz, Geordie, Youth & Paul Ferguson are celebrating 40 years since forming Killing Joke and with three years having passed since their last album (Pylon) some may have excused them if they had chosen to make this a bit of a greatest hits evening, but that certainly wasn’t the case here.

There is only one word that can be used to describe a Killing Joke gig and that is INTENSE. A set list that could be used as a commentary of current World politics, arms races and climate change, took in a pulsing version of European Super State. New Cold War, Follow the Leaders and Corporate Elect continued to turn up the energy in a packed venue, building to a magnificent version of Pssyche.

An encore included Love Like Blood, Turn to Red & Wardance, before wrapping the show up with Pandemonium.

If World War Three & Armageddon does arrive, Jaz Coleman will likely just shake his head and say ‘We told you so’. If you’ve not seen Killing Joke yet, make sure you do, before it’s too late…..