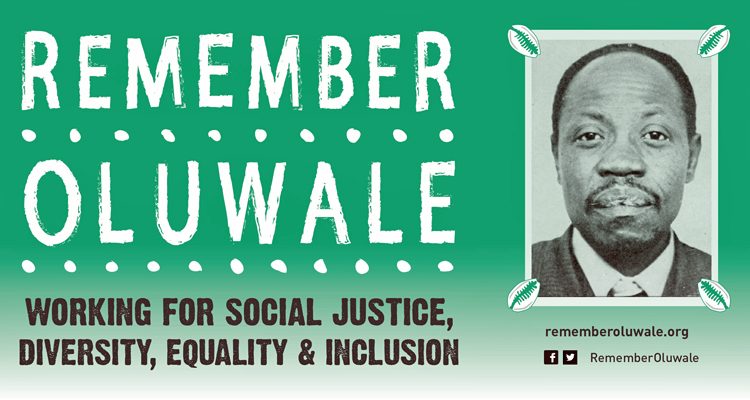 RASHEED ARAEEN’s updated memorial and testament FOR OLUWALE at THE TETLEY is one of a number of events across the city to mark the fiftieth anniversary this month of the British-Nigerian’s tragic death. Words: VANESSA MUDD

“For Oluwale was not just about the death of (David) Oluwale, but also about what was there in the public domain in the summer of 1973 – the struggle of all people against oppressive forces.”

The artist’s work For Oluwale II is being presented for the first time in Leeds at The Tetley. Inspired by newspaper reports about the death of David Oluwale, drowned in the River Aire in 1969 after months of systematic abuse by police officers, Araeen’s work reminds us of the vital role art can play in helping shape not just cultural awareness, but a sense of how social injustice can be corrupted by those supposedly acting in our name.

Although compact in size, the exhibition it is perfectly formed. As a free event in a major city gallery, it is significant in being a wider acknowledgement of the tragedy of David Oluwale’s death. (Though one wonders why it has taken 46 years for Araeen’s piece to be exhibited in the city?)

For Oluwale II takes the form of six mixed-media panels (extended from four in its original exhibited version) alongside contemporary national and local newspaper coverage, and the scrapbook owned by “whistle blower” PC Gary Calvin, all of which provides shocking context much of which is difficult to read.

Even the more sympathetic reports reveal the stark brutality of systematic racism. A Guardian article from 1971 quotes defending counsel Mr Gilbert Gray QC as telling the jury: ‘You must not allow the fact that the two men were police officers to affect you one iota,’ effectively denying a portrayal of the police as collectively abusing its powers. This is the system protecting itself, even as it is seen to mete out justice, and shocking evidence of how deeply entrenched institutionalised racism was – and still is – in the establishment powers that be.

Gallery 9 contains a fantastic collection of related material, which could have benefited from a more detailed and transparent curation to showcase how art refuses to be silenced. Extracts from Kester Aspden’s book, The Hounding of David Oluwale are juxtaposed with images of key locations in the sad narrative of those final months. Poet Linton Kwesi Johnson’s Time Come (from 1979’s Forces of Victory) loops on audio, one of many artists and writers across cultures (another is Leeds poet Ian Duhig who has been staunchly behind the Remember Oluwale campaign) who has responded to the travesty of Oluwale’s death.

Well done to The Tetley for bringing a very important exhibition to Leeds. It is hopefully a step towards a wider Leeds’ acknowledgement of this tragedy.

Rasheed Araeen: For Oluwale is at The Tetley until 2nd June 2019. More details here.

A series of events to mark the 50th anniversary of David Oluwale’s death runs from 17th April 2019. Including appearances by Jackie Kay, Linton Kwesi Johnson, Ian Duhig and Joe Williams, it is organised by the Remember Oluwale Charity. Further details can be found here.