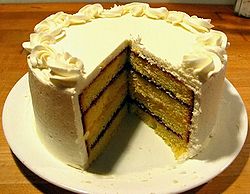 We asked for your inspirational stories of the Olympic legacy. Kate Booth (@andreakatebooth) has some useful advice if you find yourself under pressure to go to the gym …

Kate says of herself: “Day job aside, I am working at being a writer and trying my hand at various styles and genres as I go. I have had a short story published online and am currently working on two longer fiction projects. I am also dabbling in public speaking; I enjoy working with Bettakultcha and am hoping to spread my wings a little.”

During the Olympics, many of us were inspired by the likes of Jessica Ennis or Mo Farah as we nestled on our sofas or took respite in pubs with a bag of crisps and a glass of wine (large, because that is more economical). There was much talk on the BBC of how the Olympics would motivate the next generation of athletes to take up various exciting sports and lead us to future victories; there was much debate down my local about how on earth is this generation going to replicate Jessica Ennis’s incredible six pack without actually going to the gym – we are currently undecided.

My own view is that exercise is to be avoided for a number of well tested (and by well tested I mean based almost exclusively on personal experience and a bit made up) reasons:

I have carried out a number of test runs (including completing the Leeds Half Marathon in an un-impressive 2 hours and 36 minutes – and then having an impromptu lie down shortly after the finish line) and have found running to be a reliably painful and dangerous pursuit.

In particular, I have fallen over in all conditions. On one memorable occasion, I almost landed in the Huddersfield Narrow Canal but fortunately managed to adjust my flight path and end up merely face down in a puddle, which was considerably shallower. As I walked home, it became apparent that the local villagers were unable to join the dots between: (a) the wet conditions and (b) a girl in running gear whose left side was caked entirely in mud. They stayed well clear of me, scratched their heads and asked each other: “What could have happened?” “Is it a Bog Monster?”

They were no more helpful when I fell off the treadmill in the gym.

In fairness, this may not be wholly attributable to the exercise, but I have noticed that gym equipment asks some very impertinent questions, such as how old are you and how much do you weigh?

If a child were to ask me these questions, I would inform said child that it is rude to ask a lady these things. If a grown-up were to ask me, I would give a similar, but perhaps more succinct response. When gym equipment asks me, I lie. And so I remain 29 years young and 11 stone 12 pounds.

I include myself in this. Aside from the caked in mud / flying from a treadmill incidents I have mentioned, there are the so far undisputed facts that: (1) after approximately five minutes of cardio workout I have turned the colour of a plum; and (2) I look hideous when dressed almost exclusively in lycra. Sure, we can all appreciate a bit of lycra in our jeans; a stretchy waistband means we can eat more dessert, but, as it turns out, no one wants to see me skip down the street wearing a unitard.

On further review, I have surmised that many fans of the P.E. Kit are not wearing it for the benefit of an exercise class. I do not believe, for example, that the rioters who plundered JD Sports did it because they were running low on yoga pants. Similarly, it seems unlikely that Nanna is wearing her matching pastel tracksuit and M&S trainers for the purposes of disco fitness.

Since having come clean about falling off a treadmill, a number of friends have confided their own tales of woe to me. One that I particularly enjoyed was told by an ex-boyfriend of mine, Dave* Colin**, who had an interesting scar on his derriere, which he claimed to have incurred as a result of an archery lesson. I can think of no other plausible explanation for it.

One of my experiments with exercise recently resulted in my first ever referral to a physiotherapist. As I made my way to my appointment, I thought optimistically that a bit of sympathy and a nice massage would soon sort me out. It turns out I had made a number of errors in judgment.

First, I had forgotten to take shorts to my appointment. I now realise that shorts are fundamental to maintaining a modicum of dignity in the conduct of a physiotherapy appointment and that physiotherapists take a scary P.E. Teacher approach to the forgetting of shorts i.e. if you make the forgetful person do the exercises in their pants, they will not forget to bring their shorts to their next appointment. (This is normal isn’t it? If not, I may have some questions for my physiotherapist. And my P.E. Teacher …) It worked like a charm. I will never forget the moment when, as I walked towards him wearing only a shirt and knickers, my physiotherapist said: “Oh, yes! I can see straightaway what the problem is.”

Second, massage does not feature heavily on the agenda for a physiotherapy appointment. They prefer to bend you into the shape of a pretzel and apply pressure. Did I mention that exercise HURTS?

I have decided to abandon exercise. I am going to have to accept my slightly more than 11 stone 12 pounds body for what it is; womanly and, fuck it, cuddly.