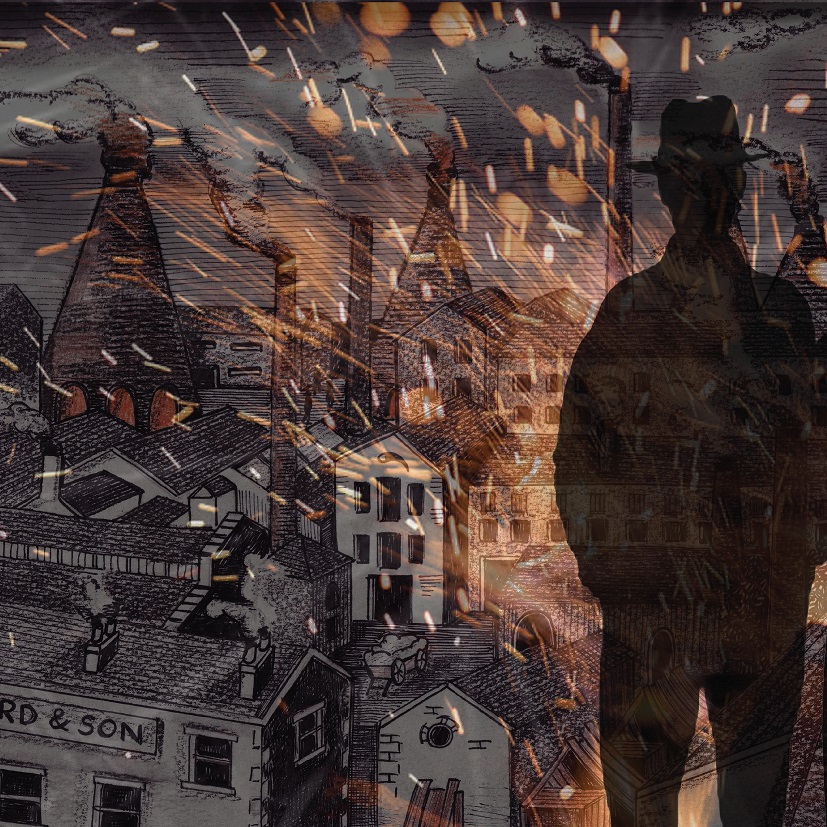 The journey from page to stage will have extra significance when a new production of one of the most powerful dramas in 20th-century British theatre arrives in north Leeds this month.

The director is Pat Riley, whose 2009 biography of Sowerby called ‘Looking for Githa’ profiled the life and works of an extraordinary woman who broke the mould in Victorian and Edwardian England.

‘Rutherford & Son’, which centres on a capitalist businessman who puts his factory before his family, was a hit with critics and audiences on its London debut in 1912 before successfully transferring to New York.

Riley explains: “The principal character in the play, John Rutherford, is based on Githa’s formidable grandfather, John Sowerby, who turned his father’s struggling glassworks into an international market leader.

“His relationships with other members of his family, especially his children, depend on whether they can be of benefit to his business and social aspirations or not.”

The playwright was originally listed as ‘KG Sowerby’ – but when the critics later learned of her true identity (at that time, women were still campaigning for the right to vote), they reacted with astonishment.

As a result, Sowerby’s later plays were largely ignored and, gradually, her celebrity faded. It needed a National Theatre revival of ‘Rutherford & Son’ – which was subsequently included in the NT2000 ‘One Hundred Plays of the Century’ poll of leading arts figures – to introduce her talents to modern audiences.

The biography ‘Looking for Githa’, plus further productions of Sowerby’s plays, have further restored and enhanced the reputation of this feminist dramatist.

Riley has relished the challenge of directing ‘Rutherford & Son’ and interpreting the play for a new audience, but insists it has been a true team effort by the award-winning Adel Players.

“I’m lucky enough to have a brilliant team who have designed a set and an integrated sound and lighting plot which emphasise the play’s themes,” she explained.

“Also, the actors and I have worked together to develop ways in which the dominance of the factory over the family can be brought home.”

She knows the message of Sowerby’s masterpiece will continue to strike a chord with modern-day theatregoers.

“Putting the worship of commercial and social success before the needs of people is as destructive today as it was when Githa Sowerby wrote this play,” added Riley.

“Events similar to this could happen right now anywhere in the world.

“This story is timeless. That is why it is not just a good play – it is a great play.”

Tickets for Adel Players’ production of ‘Rutherford & Son’ (Wednesday 22 to Saturday 25 October, starts 7.30pm) can be reserved by phoning 0113 275 5585 or by emailing tickets@adel-players.org.uk. For more information, visit the theatre group’s website at www.adel-players.org.uk. 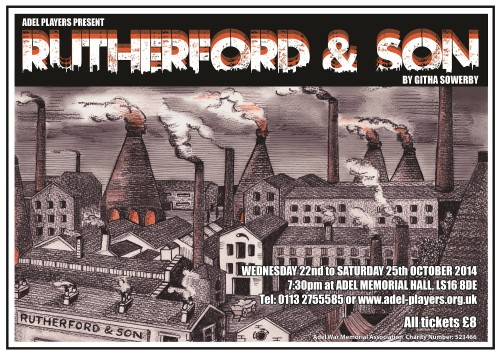