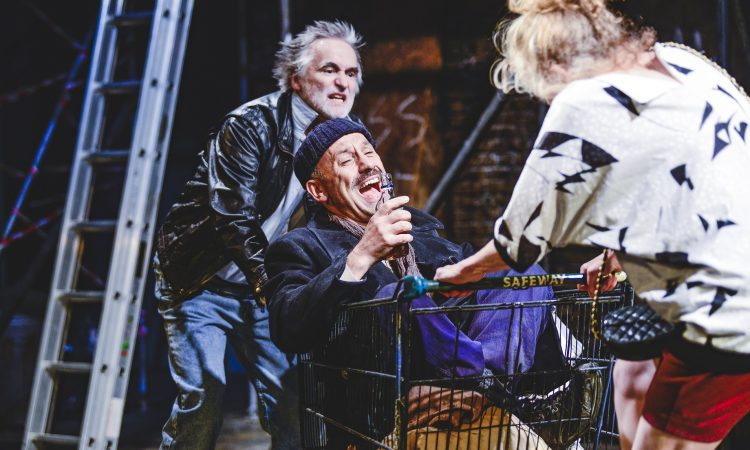 JIM CARTWRIGHT’s ROAD is a gritty yet poetic examination of life in a northern street in times of austerity, reworked three decades on. RICHARD HORSMAN was there for the launch of the new POP UP THEATRE season at LEEDS PLAYHOUSE

Exposed brickwork, outside loos, mismatched furniture, gritty floors .. and the show’s not started yet. Welcome to Road, the first production to be staged in the Leeds Playhouse pop-up theatre space, created in what’s normally a scenery dock for the main house. With all the pipework and wires on show, it’s hard to tell where reality ends and the set begins.

It’s also hard to imagine a more apt choice to launch the temporary venue, or to introduce the ensemble of actors who will be making their home in the bowels of Quarry Hill (better make that “SOYO’s vibrant subterranean environment” – Ed) for the next nine months.

The themes of the play are the visceral elements of life in the inner city. It could be any road, two left turns off a busy commuter route in the ungentrified bit of any northern town, suffering in an earlier age of austerity. It’s 1986. 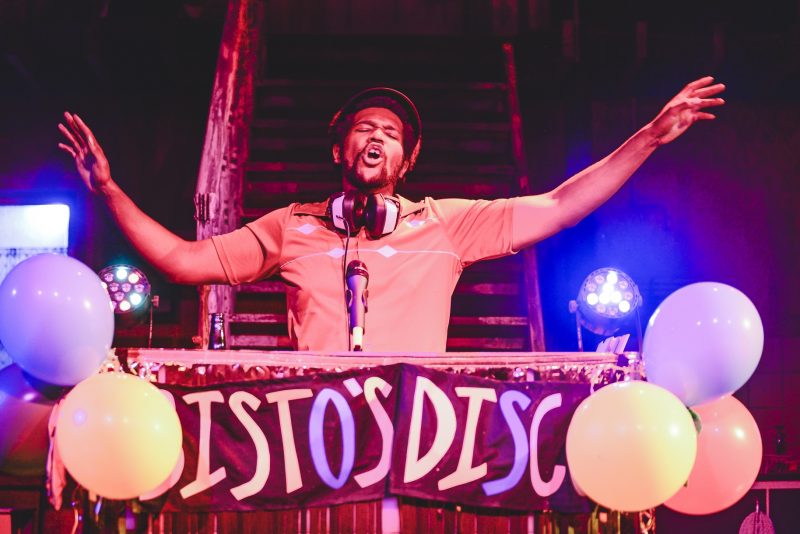 Welcome to a world of drinking, fighting and shagging .. piss and blood and vomit. Jim Cartwright’s script pulls no punches in its language, or its imagery. Of the words I can reasonably quote in a review, “brown” makes a frequent appearance.

The toilet hanging off the wall on the first floor level of Hayley Grindle’s set gets plenty of use. Banging a saucepan on the kitchen wall makes fresh marks on the dirty yellow wallpaper. Filthy mattresses throw up clouds of dust when dropped.

And yet .. it’s far from a miserable evening. 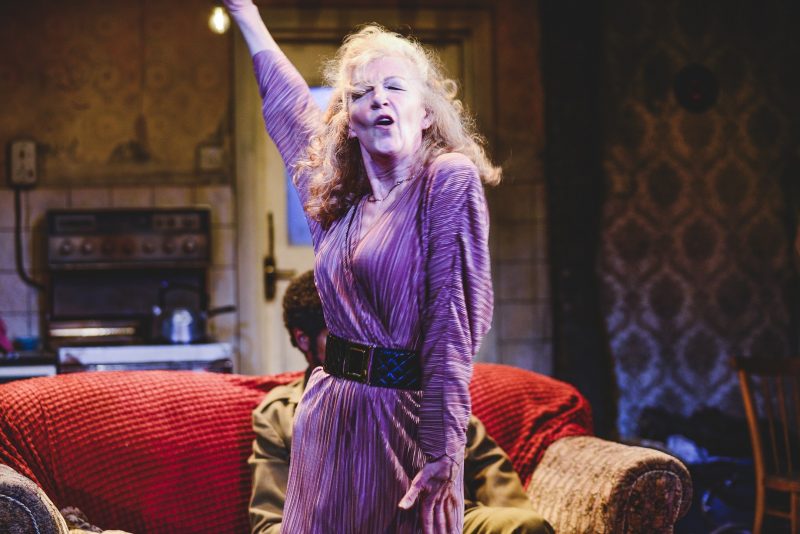 Together, and taking multiple roles, the cast lead us through a series of vignettes. We become acquainted with the characters who live on the road, and we discover that there’s poetry behind the poverty, hopes and dreams amid the despair. Hopeless dreams maybe, but as the focus and language fluctuates between realistic exchanges on the road and the magical realism of the characters addressing the audience, there’s humour as well as pathos.

And chips. And energy. So much energy, it’s exhausting to watch.

Many of the ensemble are well known to Playhouse audiences, and they’ll all be familiar by this time next year. 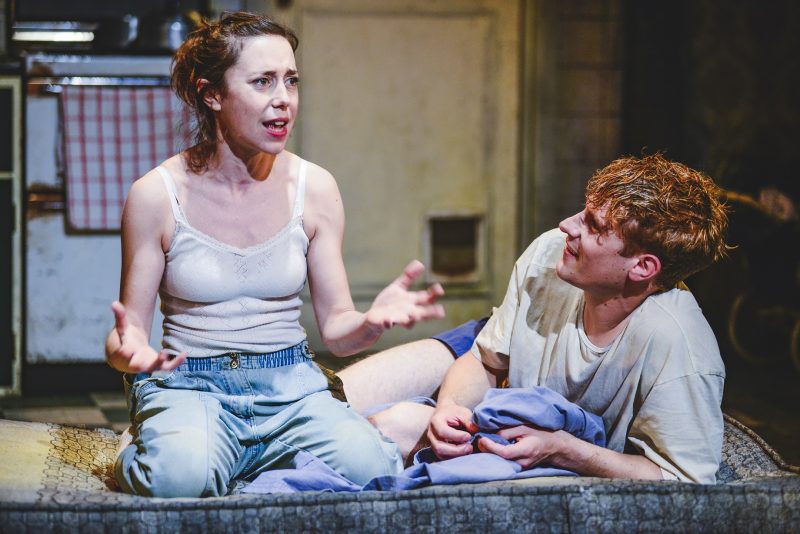 For director Amy Leach, there are many parallels between 1986 when the play was written and today.

“The poverty and sense of abandonment portrayed of this forgotten community at the edge of a Northern town hasn’t gone away. The details might have changed but the big picture hasn’t. So many communities still exist like the one in the play. And yet what I love about the play is that it isn’t just bleak. It’s also full of humour, determination and passion. The characters have almost nothing, but what they all share is great Northern spirit and I see it as a play that brilliantly celebrates this.”

Another feature of the production is that every performance will be live audio-described by the cast taking turns to pop in the period BT phone box to the left of the set .. a first for the Playhouse.

Road runs at the Pop Up Theatre, Leeds Playhouse until 29 September