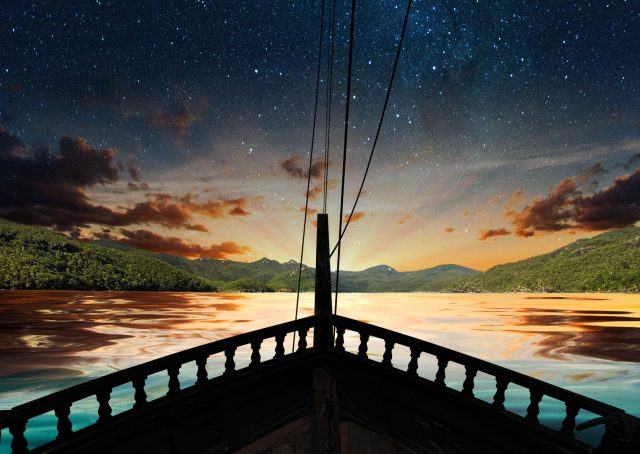 The new season at the West Yorkshire Playhouse after Christmas will be something special. It’s the last season before the two existing spaces at the Quarry Hill complex go dark for a year in a major redevelopment that will see the Playhouse finally turn its face to the city it serves .. instead of a car park.

The Quarry and the Courtyard are being revamped, and a new “Void” studio opened up in the bowels of the complex, but launching the season last night, Artistic Director James Brining revealed that the building will stay open throughout the transformation.

From next May, performances (including next year’s Christmas show, A Christmas Carol) will be staged in a 350-seat pop-up auditorium, plonked in the middle of what is currently a space where they paint the scenery.

There’s also a commitment to take more shows out into venues beyond the city centre, and in a gesture to really secure the theatre’s Leeds identity the final production in the Quarry ahead of the redevelopment will be a community show from 19-23 June: Searching for the Heart of Leeds.

Billed as “a celebration of the vibrant stories and people of our city”. the piece is still in development but will be written by BAFTA-nominated writer Mark Catley, with movement choreographed by the internationally-renowned Phoenix Dance Theatre.

We’re getting ahead of ourselves. That’s next summer. The new season opens on 7 February in the Quarry with Windrush: Movement of the People. Another show with a Phoenix connection.

This new contemporary dance piece by the company’s Artistic Director, Sharon Watson, focuses the story on the some of the first Jamaican people who came to Britain. The SS Empire Windrush brought 492 people from the Caribbean to the UK in 1948, and marked the start of the post war immigration boom which was to radically change British society.  The production aims to capture the travellers first glimpse of Tilbury Docks, and is inspired by the iconic images of them filing off the gang plank. They could not have envisaged the impact their journey would have on the social and cultural fabric of the UK.

The first Playhouse production of the year in the Courtyard stars Sharon Small, best known for her TV portrayal of DS Barbara Havers in The Inspector Lynley Mysteries, in a stage adaptation of Lisa Genova’s novel Still Alice from 9 Feb – 3 March. 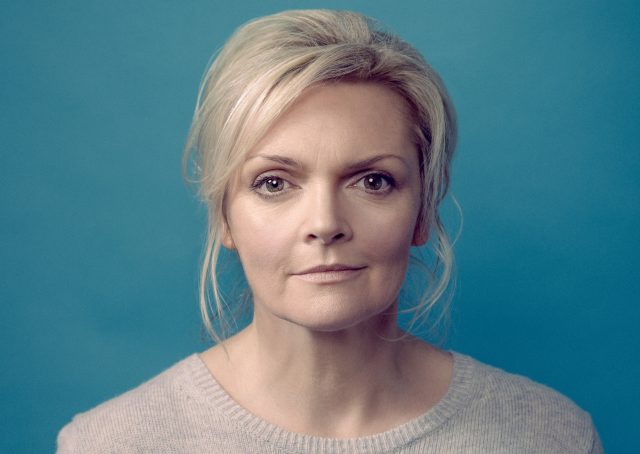 The show explores the effects of early-onset dementia on identity, family and relationships, in what’s described as “an uncompromising yet tender portrayal”. Inspired by the fact that every three minutes in the UK someone will begin living with dementia, the Playhouse is running a series of shows and events under the banner Every Third Minute. The first of its kind, the festival puts people living with dementia at the heart of the creative process, curating a broad programme of work from new theatre and workshops to live music, and the joyous The Nature of Forgetting fresh from a sell-out run at the Edinburgh Festival Fringe. 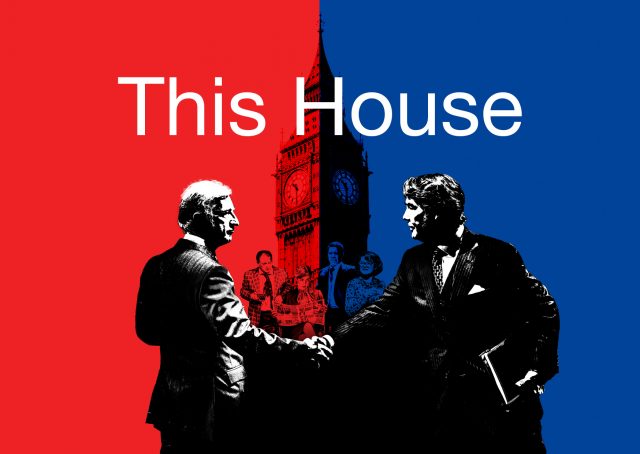 Set in the engine rooms of Westminster in 1974, this politically urgent production has many themes that will resonate today as a minority government propped up by a much smaller partner grapples with the urgent issues of the times. The show is directed by Headlong Artistic Director Jeremy Herrin, and designed by Rae Smith, whose stunning sets were a highlight of this season’s Barber Shop Chronicles. She’s also the designer for this year’s Christmas show, The Lion, The Witch & The Wardrobe. 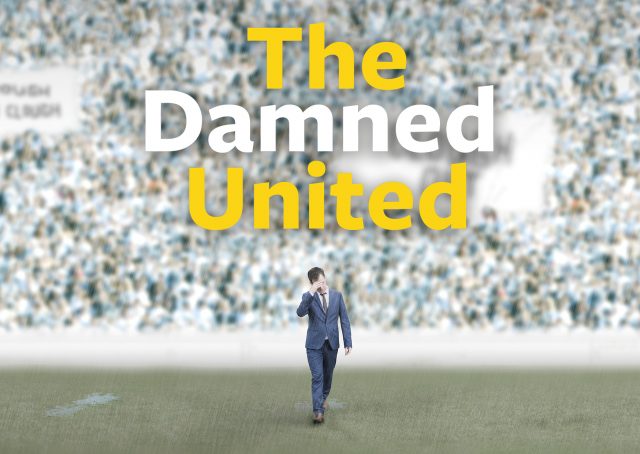 This passionate account of Brian Clough’s ill-fated tenure as manager of Leeds United will return to the Courtyard Theatre in what’s described as “a stripped back new staging”. That presumably means “cheaper”; but the revised production will also be able to tour pubs, clubs and church halls across Leeds – an opportunity which builds on existing commitments from both production partners to stage work in the heart of the community.

Transporting the Playhouse to 1787 Australia is Timberlake Wertenbaker’s classic drama Our Country’s Good (11 – 21 April – main picture). Directed by Fiona Buffini, this fully accessible production is produced by Nottingham Playhouse in association with Ramps on the Moon, who are now firm favourites at the WYP with shows including this year’s spectacular Tommy, and The Government Inspector.

Highlight of the season for me has to be a brand new production of the life-affirming hit musical Sunshine on Leith from 20 April – 19 May. 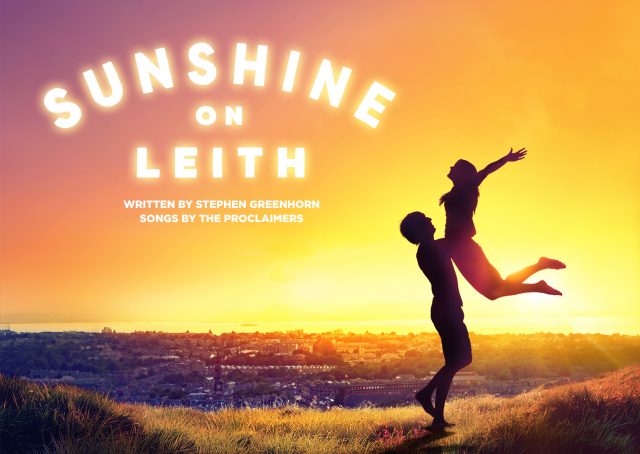 This is a major Leeds premiere before the show goes on a national tour.

Set to a classic soundtrack by The Proclaimers, who kindly sent a video message to the launch event, this heartwarming, foot stomping adventure explores the true meaning of home. It’s the second time James Brining has directed the tale; he was responsible for the Scottish production which was later adapted into a feature film.

I’ll be the one in the foyer clutching a bottle of Irn Bru on opening night.

And if one premiere isn’t enough, the Playhouse also hosts the world premiere of The Girl on the Train from 12 May – 9 June. 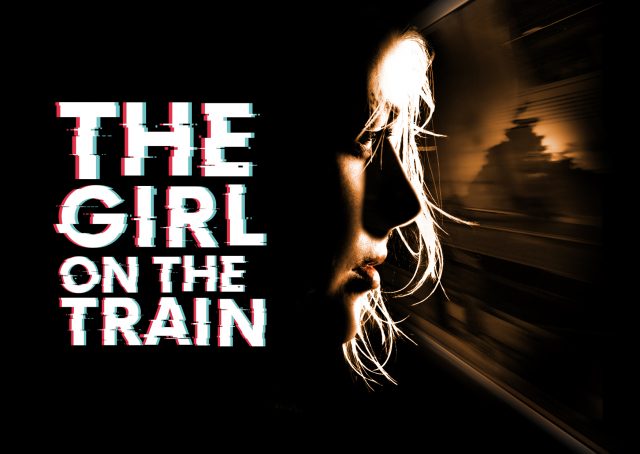 Based on Paula Hawkins’ riveting best-selling novel, and hit Dreamworks film, the show brings a thriller that enthralled the nation to the stage for the very first time.

The Courtyard Theatre’s closing production before the refurb is a tribute to Leeds’ own national treasure, Alan Bennett. 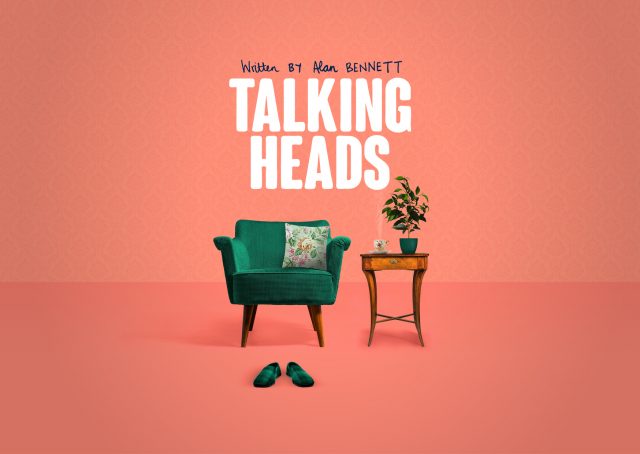 Talking Heads runs from 14 – 23 June and there’s going to be a lottery to have performances in your own home.

The Playhouse is committing to taking performances of the sharp, witty and pertinent monologues out of the theatre and into the homes of Leeds residents, and (again) community venues.

The season includes all of Bennett’s popular TV scripts, including A Chip in the Sugar and A Cream Cracker Under the Settee. Hardcore fans will be able to sign up for a binge watching Bennett-a-thon, seeing all six performed in a day. Each performance includes three tales.

Other visiting productions include Birdsong (13 – 17 Feb), a mesmerising story of love and courage. A young Englishman embarks on a passionate and dangerous affair with the beautiful Isabelle Azaire in pre-war France, turning both their worlds upside down. This adaptation of Sebastian Faulks’ bestselling novel marks the 100th anniversary of the end of WW1.

Mark Thomas returns to West Yorkshire Playhouse with the funny, moving and necessary Showtime From The Frontline (15 – 17 March). Mark and his team set out to run a comedy club and put on two nights in Jenin in the West Bank, only to find that it is not so simple to celebrate freedom of speech in a place with so little freedom.

Transporting the Playhouse back to 1840 is an adaptation of Henry James’ classic ghost story, Turn of the Screw (20 – 24 March). This terrifying tale inspired Susan Hill’s The Woman in Black. As a governess takes a role caring for two orphans in a seemingly idyllic country house, she begins to realise they are not alone.

Playhouse regulars Kneehigh return with The Flying Lovers of Vitebsk (20 – 24 March). Lovers Marc and Bella are immortalised as the picture of romance, but whilst on canvas they flew, in life they walked through some of the most devastating times in history. The show is interwoven throughout with music and dance inspired by Russian Jewish tradition.

Drag star Divina De Campo leads the cast of Dancing Bear (6 – 7 April). It’s described as a dizzying cabaret of contradictions that explores the tightrope of personal integrity, social acceptance and mental health that many LGBT+ people find themselves precariously balancing on through pop tunes and storytelling.

Updating Pierre de Marivaux’s classic French farce, The Young Ones actor Nigel Planer reimagines an 18th Century romantic comedy as The Game of Love & Chai (1 – 5 May). Seeing a modern Asian family in England grapple with love and marriage, this brand new production employs Bollywood song and dance in a clash of class and passion.

Northern Broadsides, now without charismatic founder Barrie Rutter, return to the Playhouse with Hard Times (22 – 26 May), a new adaptation of Charles Dickens great Northern novel. In a world where imagination is forbidden, dark, cold mills are interrupted by the colour and vibrancy of Sleary’s Circus in a touching and hilarious tale of suppressed love, seduction and longing.

The Playhouse is staging a selection of challenging and original new work in the Barber Studio – the theatre’s rehearsal space – including the return of Pauline Mayers’ brilliant one-woman immersive show What If I Told You? (13 – 17 Feb). 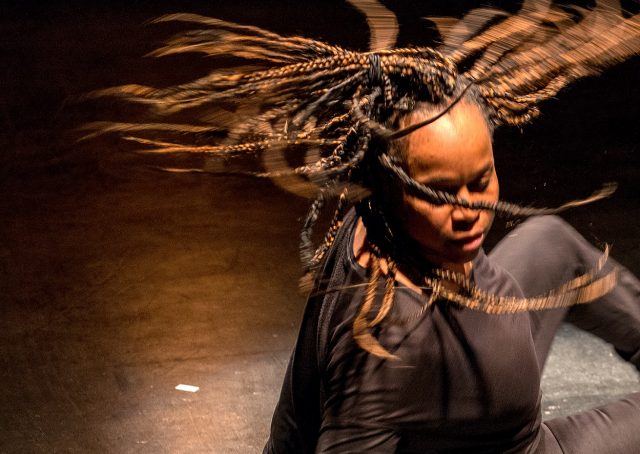 I’ve seen this one in development, and can’t wait to see the finished product. It’s a show that should be experienced without spoilers.

Carefully balancing theatre and dance, the production introduces the audience to Pauline’s world as she invites them to pause, breathe and reconsider the stories we tell about our past and the history on which we build our futures.

Penguins runs from 15 – 17 Feb, “a delightful new theatre and dance production of friendship, fun and identity, celebrating being different and the ever-changing meaning of family”.

Written by world record-holding beatboxer Testament and directed by Eclipse Theatre Company’s Artistic Director Dawn Walton, Black Men Walking (21 – 24 Feb) follows three friends who hike together on the first Saturday of every month, finding themselves looking back through history before they can move forwards.

The world famous Teletubbies are starring in their first ever theatre show Teletubbies Live (27 – 28 March). Join Tinky Winky, Dipsy, Laa-Laa and Po in a performance full of love, fun and laughter as they explore the magical and ever-so-slightly psychedelic world of Teletubbyland.

And parents across West Yorkshire will be delighted to hear that Peppa Pig and friends make a return to the Playhouse with brand new live show Peppa Pig’s Adventure! (9 – 10 June). Join Peppa and friends as they get ready to go on an exciting camping trip to the woods, full of games, laughter and live music.

Finally, the Playhouse will also be working in partnership with Live Art Bistro on Regent Street to co-present two shows pushing the boundary between narrative theatre and live art.

Bradford’s ground-breaking learning-disability theatre company Mind the Gap present Mia: Daughters of Fortune (27 – 28 April). We reviewed the world premiere in Bradford over the summer, before the show transferred to a successful run on the Edinburgh Fringe.

Created and Directed by Joyce Nga Yu Lee, this fast moving, raw and eye-opening production explores the truths and myths about learning disability and parenthood in today’s society, performed by learning disabled artists.

And following a sell-out run at that same Fringe, the award-winning Sh!t Theatre present DollyWould (11 – 12 May), a bold new show about country legend Dolly Parton, cloning, branding, immortality and death.

Which seems as good a point as any to end this preview of what promises to be an exciting and innovative season.