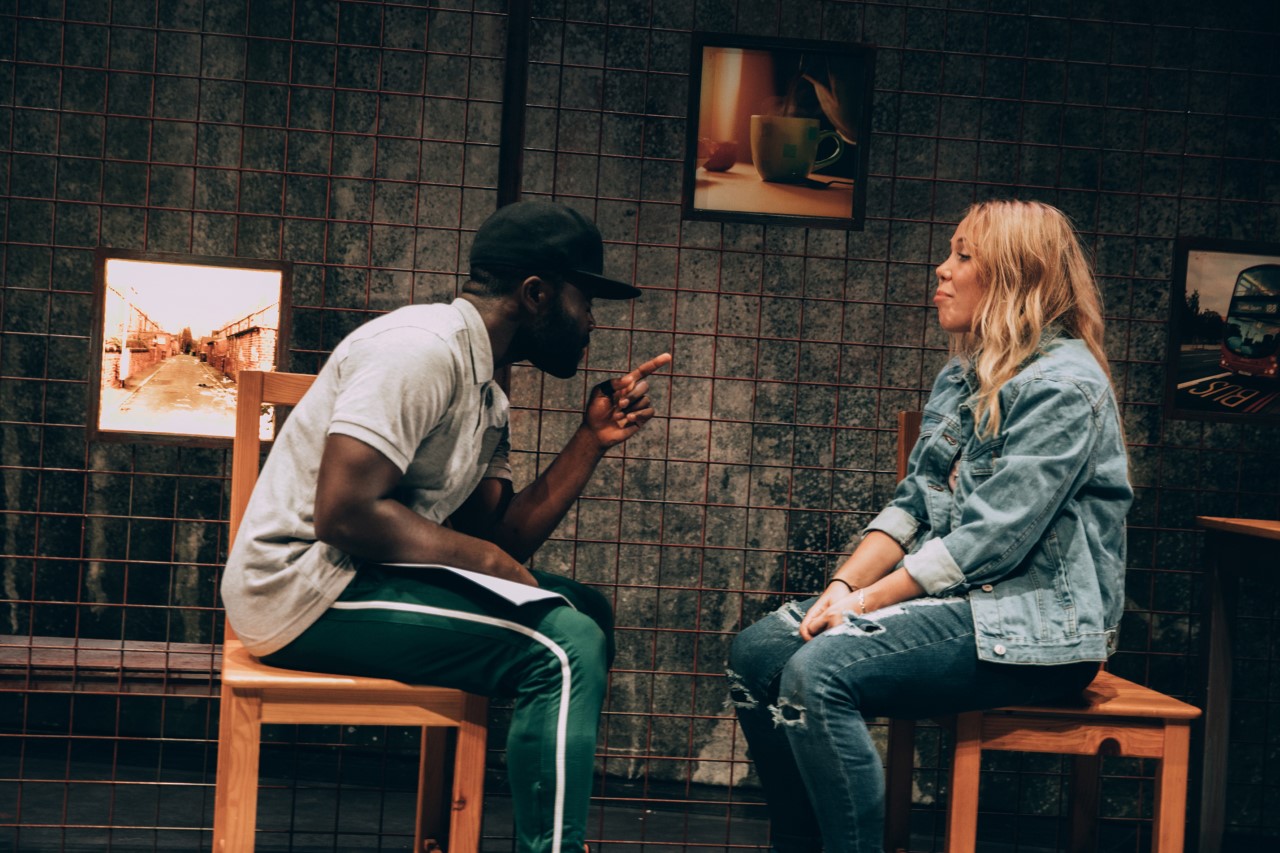 This play follows the traumatic and tumultuous dynamics of an abusive relationship between a young couple from Leeds, Rosa and Niko, played by Francesca Joy and Prince Plockey with Ursula Mohan playing Rosa’s Grandma, Lily.

From the start of the play the audience is gripped in the thrilling rapture, observing what feels initially like the innocent intensity of a new love connection.

Joy and Plockey play the characters Rosa and Niko with eerie precision showing the quick shift from the hedonistic connection to dangerous liaison. With intelligent choreography, set, lighting, and musical score designed to seize your attention as you bear witness to the intense sexual tension between Niko and Rosa.

You are swiftly led into the darker deepening spiral of a co-dependent relationship, in which both Niko and Rosa become isolated into a world marked by equal amounts of sudden bursts of passion and violence. This leaves you questioning how to think and feel.

Joy and Plockey’s playing of Rosa and Niko interactions during each scene are perfectly composed to reflect the painfully haunting traumatic toxic mix unfolding between Niko and Rosa of mental pain arising from a lack of maternal contentment, loss and grief that proves unbearable for all the characters. The intensity of the gritty and raw emotion creates explosive scenes leaving you reeling following this roller coaster ride of a play.

Joy and Plockey boldly lead the audience with this intensely energetic, frenetic performance, taking you to the depths of desperation, pain, anxiety, fear and rage, with the intention of raising your awareness of the complexities of human relationships.

The audience were left stunned and evoked to contemplate their own inner conflict at the end of show, feeling both compassion for Niko’s character and Rosa’s grandmother who becomes an innocent victim in the couples destructive dynamic.

See the imagine if web site for more info.