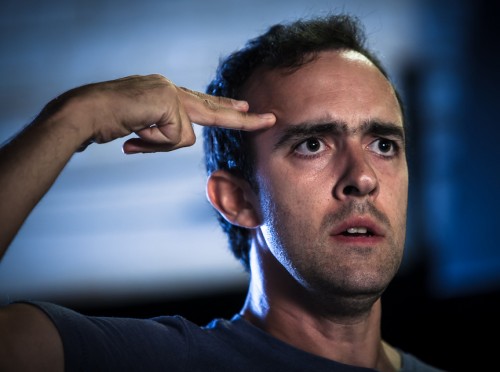 When Gabriela (Susan Jayne-Robinson) is reunited with her ex-boyfriend Anthony (Tom Tyler) at her mother’s invitation, it soon becomes clear both Gabriela and her mother (Ellen Shorrock) have shared ulterior motives. Gabriela’s unfaithful husband, Leo (Simon Moore), is just as pleased he’s on the scene again while Anthony is understandably dubious that reconciliation is a good idea. 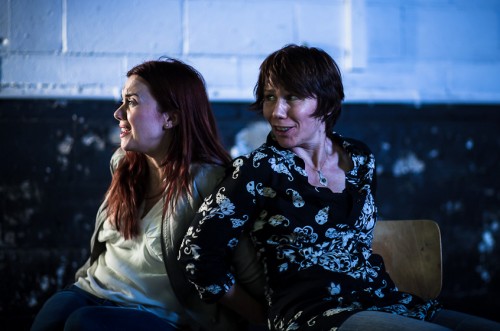 Shorrock plays Mrs O for laughs, managing to keep up a slightly wavering Italian accent for much of the performance. We’re first introduced to her telling Anthony a story about the murder of an unfaithful man whose corpse is cooked like a ham and bones used for soup stock – all the while she proudly looks at the ham she’s about to serve up and her “full-bodied soup”. Taylor’s Mrs O is a strong no-nonsense woman who knows what she wants and has an amusing way of talking, telling Anthony “[Leo] still wants the others eggs – chocolate ones in foil wrappers” and advising him to “let the tiger out of [his] pants” to win Gabriela back. She’s at her best reading aloud a love e-mail to her 19 year-old online boyfriend and brandishing a suitcase full of weapons.

Anthony is a low-stated comic character whose part becomes more demanding for Tyler as it grows throughout the production. It’s been three years since he’s seen Gabriela (the first of many awkward moments Taylor perfectly captures) and he’s settled back into the security of his health and safety job. In life he follows “the correct procedure”, reflective of his work; When he finds himself caught up in Gabriela’s problems he’s forced to take the plunge and follow his emergency motto: “The building is on fire and I’m going in”. As the pressure to act mounts, Anthony starts hearing sultry music and strange noises, fearing for his own sanity. 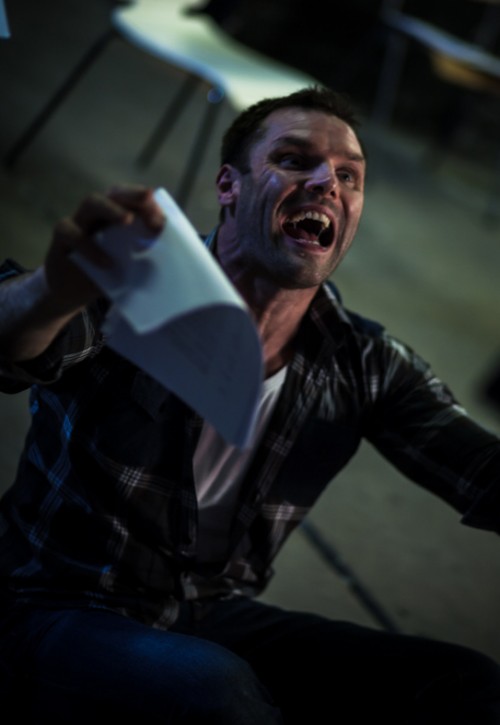 To contrast, Leo and Gabriela are less demanding roles as both characters are more two dimensional and never really blossom. Well-built Leo appears intimidating but like Mrs O is given some of Taylor’s funnier lines, revealing he’s “off to Thailand to get a proper wife”. Gabriela’s character is the darkest horse, often speaking in code with an unpredictable personality: “Maybe I’m married to someone else in a parallel universe.”

Director Katie Turner’s set is simple but effective with Mrs O’s dining room continually on stage. Simple sound effects like bird calls and the movement of chairs signify location changes. A classic black-out is used to simplify the gun struggle while costumes remain the same throughout – at times to the play’s detriment when Gabriela is seen wearing the same black cocktail style dress for several park meetings.

As a first play, RSVP has a lot to be proud of. Shorrock and Tyler are noteworthy for their particularly strong performances. Taylor writes some genuinely laugh-out-loud scenes, forcing the husband and ex-fiancé to dine together and incorporating idealised tango scenes and slapstick slowed-down skipping. Its subject-matter is dark and full of fast-paced twists and double crossings, ensuring there’s no room for boredom and its short running time speeds by.

RSVP showed for one evening at Seven Arts in Chapel Allerton on September 19 2012.