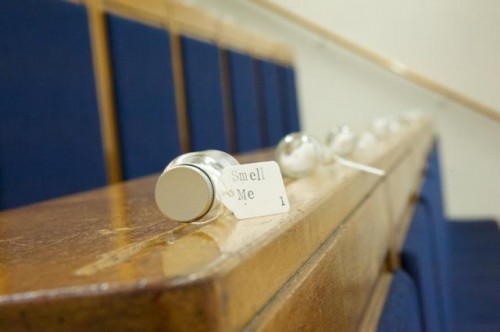 Have you ever been, say, walking through Millennium Square, wondering whether to cook dinner or order beef in black bean sauce from the local takeaway, when the scent of CK1 from a passing teenage cad wafts into your nostrils, and time stops, and suddenly you’re seventeen again and it’s that summer you first fell in love? Or round at your mate’s new flat, drinking red wine and moaning about work/love/the economy when she chucks a handful of chopped onions into boiling oil and the frying fragrance makes you hear the echo of childhood sounds in your mind’s ear: football on the telly and your parents arguing in tight voices down the hall?

Olfactory memory, as the well known link between smell and memory is (sometimes) grandly titled, is the subject of The Smell of Envy, a performance collaboration between Pigeon Theatre, and cognitive neuroscientist Dr Colin Lever. Supported by the Welcome Trust, who fund research into animal and human health, the show’s preview took place in Lecture Theatre D, in the University of Leeds’ School of Chemistry on Light Night. And, Culture Vulture that I am, I went along to see what they had to offer, which, happily for object lovers like me, included numbered jars of scent that we in the audience were invited to sniff at potent points during the performance; perhaps creating new olfactory memories as we watched the cast recall their own. 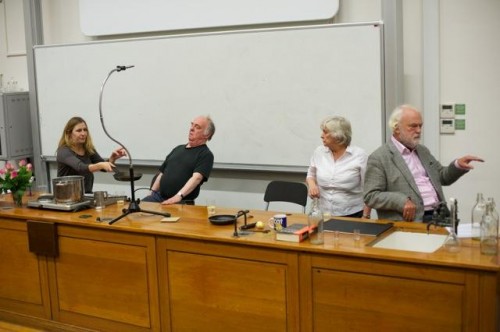 Part sensory stimulation, part physical theatre, part lecture, the performance balances an exposition of scientific discovery with the interlocking narrative of the cast’s own smell memories. Devised under the direction of Anna Fenemore, with actors Gillian Knox, Ruth Evans, Pete Kennedy and Eryl Lloyd Parry it’s an ambitious project, which is both fascinating and fun in performance. Although, I have to admit that some of the science was over my head. For example, I’m still not sure what a neuron is (for reasons I can’t adequately explain, I imagine it as a kind of glowing electric brain molecule), or quite how smell triggers them to remember stuff. But perhaps I wasn’t listening carefully enough to the science bit, because it’s the emotional connection between smell and memory that’s more interesting to me. Luckily, there was plenty of that in the work; the story of the green dress of a dead sister which was the smell of envy, the smoked whisky sour I was given to sip which evoked the drinks cabinet that was the smell of the childhood home the actors recalled for us in chalk sketches. 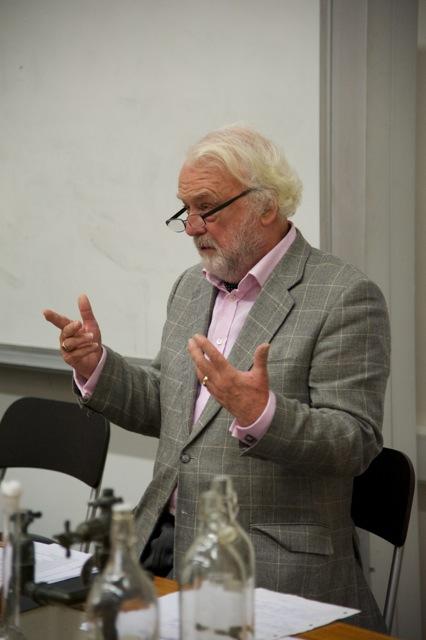 Performance is a great forum for disseminating this kind of complex science; the physical, emotional impact of the narrative can penetrate where hard facts are more difficult to absorb. So, as the young female performer (Gillian Knox – ‘performer, not actress’), obsessed over her sexy French boyfriend, the scent of betrayal (sex and roses) and exact the dimensions of his flat in Elephant and castle, I understood what the science referred to as a ‘reminiscence bump’ (that feeling of being stuck in a cycle of memory about a certain point in the past). And the science became something I could relate to my own life (reminiscence bump circa 2005), which is, I suppose, why the Welcome Trust fund performance practice, as well as proper science, conducted by serious people in white lab coats.

The Smell of Envy tours in the spring; it will play stage@leeds on 1st March 2013