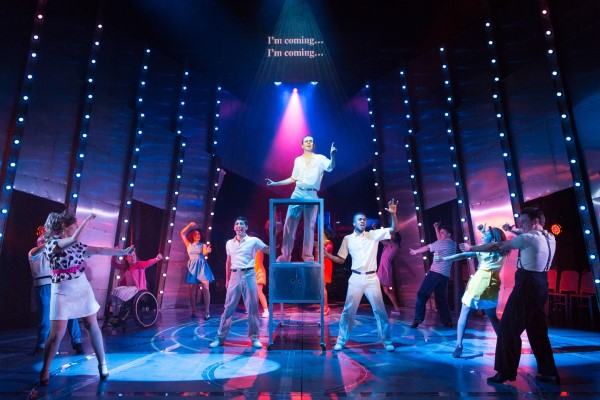 GRAEae is a disable-led theatre company whose co-productions include Reasons to Be Cheerful, Flowergirls and The Threepenny Opera. The latter combined equal numbers of D/deaf, disabled and non-disabled performers and creative team members, with every performance accessible to blind, visually impaired and D/deaf audiences through embedded audio description, creative captioning and integrated British Sign Language.

Tommy was produced by The Who in 1969, the first ‘rock opera’, and concept album before the term was invented. In 1975 Ken Russell turned it into a star-studded big screen version which led to its first live staging at the Queen’s Theatre, London in 1972.

Director Kerry Michael’s adaptation looks simply fantastic and Pete Townshend’s famous lyrics stand the test of time largely, although some changes have been made to give it a more modern sensibility. One highlight is Peter Straker (as seen in the original production) as Acid Queen who belts out a diva number with kitsch glee.

But the real star of the show is William Grint as Tommy who plays the role with verve and veracity. It is also though a fine ensemble performance with some brilliant physical theatre and dance sequences. Musical Director Richard Hyman also really rocks out, and if at times the volume seems a tad aggressive that probably satisfies most of the audience.

With a set, costumes and lighting to die for this makes for an incredibly powerful production that brings up many questions about disability and youth itself.