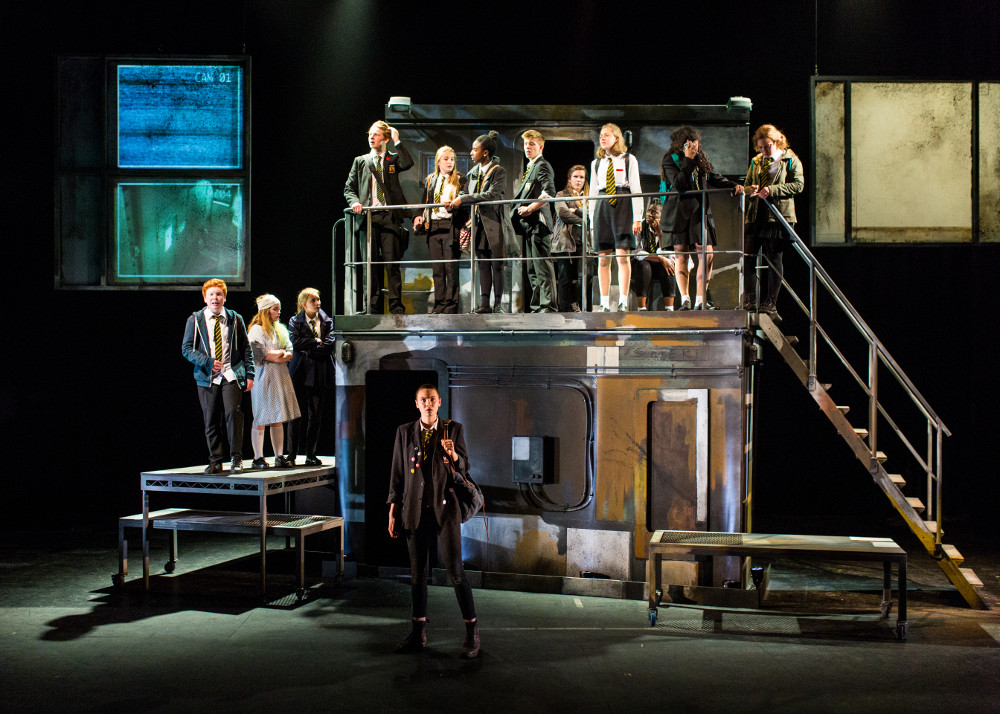 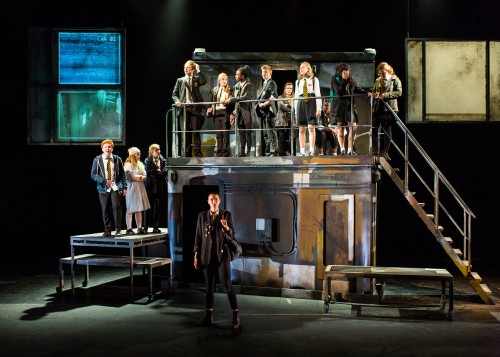 West Yorkshire Playhouse Youth Theatre’s Immune is about a group of teenagers caught up in situations at school which in the first half of the play could be considered quite normal. Then the second half takes on quite a sinister edge, where life and death are really considered profoundly and the critically important questions about each person’s life are explored.

The apocalyptic plot was plausible enough but it might have helped if the teacher could have explained how they could become immune from infection this way. It was intriguing though as at first you wonder what has caused the disaster but then you realise why they were the ones who survived.

I did identify with the characters and as it had the epic element of theatre there was a constant analysis of their own thoughts and narration throughout. The lip syncing in particular was an interesting style to use. ‘Saint’ Peter and Jane were very prominent and had difficult roles within the play as the authority figures. I really liked the nerdy characters as they kept an element of humour.

Lots of interesting techniques were used and it was full of experiment in more ways than one. The set challenged our imagination from school to pub to boat quite cleverly really. An interesting use of video and soundscape, though I did think at one point that the audience might have been shown as I saw the CCTV sign.

Overall a thought-provoking show which tackled a big theme in an interesting way.

Reviewed by Ava Sims, 13yo, at West Yorkshire Playhouse, 23 July.