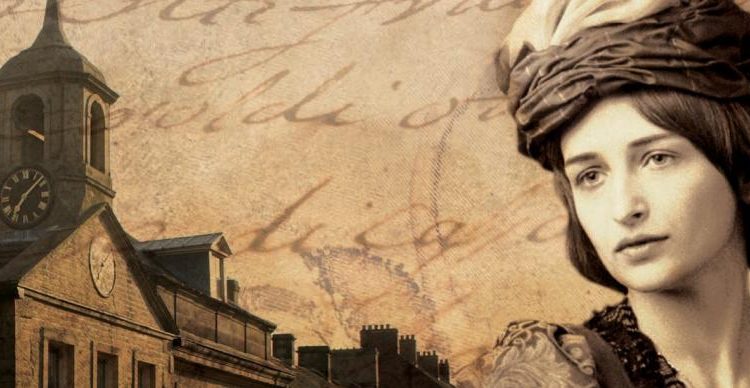 Leeds author, Chris Nickson launched latest novel The Tin God in Leeds this weekend. Another outing for Nickson’s Superintendent Tom Harper, the novel focuses closely on his wife Annabelle as she stands for election as a Poor Law Guardian in late Victorian Leeds.

Nickson who is telling the story of Leeds one novel at a time is a popular draw and the launch was packed out; no mean feat on a sunny Bank Holiday weekend, with the noise outside of this year’s May Day march adding extra political edge.

The book launch was set against the backdrop of The Vote Before The Vote, a fascinating new exhibition at Leeds Central Library. With rare photographs and artefacts, it tells the story of the 19th century Suffragists of Leeds, whose tireless work laid the foundations for change and led the way for women’s right to vote in political elections.

Introducing the character of Annabelle Harper into that world was perfect. As Chris himself said about the exhibition: ‘This is about Leeds, and about women who changed all of our lives. To have Annabelle written into Leeds history is incredibly gratifying.’

His heartfelt thanks to the organisers rang true. It felt like an inspired and fortuitous coming together of events, and the audience understood the significance.

As well as a sneak preview of the novel, there was live folk music, played with wonderful energy by Sarah Statham. Authentic for the time The Tin God is set, it helped inject a bit of realism.

There was even a ‘live’ Suffragist leafleting the audience and encouraging people to get out and vote for Annabelle.

Entertaining and humorous touches such as these helped bring home the message about the changing times in which the novel is set, and complemented the politically resonant backdrop to the event.

It was telling that once official proceedings had ended, the audience mostly remained behind, taking time to look at the exhibition and to talk and reflect on its themes.

I was there with my eight year old daughter, who was fascinated and perplexed in equal measure about the journey to suffrage. Another example of how literature can open a window into history and spark those conversations.

It was fantastic to have the launch of this novel in set against that important historical journey.

The Tin God is out now. Mote details here.

The Vote Before The Vote exhibition at Leeds Central Library runs until 30th May 2018. More details, here

Anna’s eight year old daughter Daisy made a short promo film of Chris’s book launch. It is shown here with her permission…