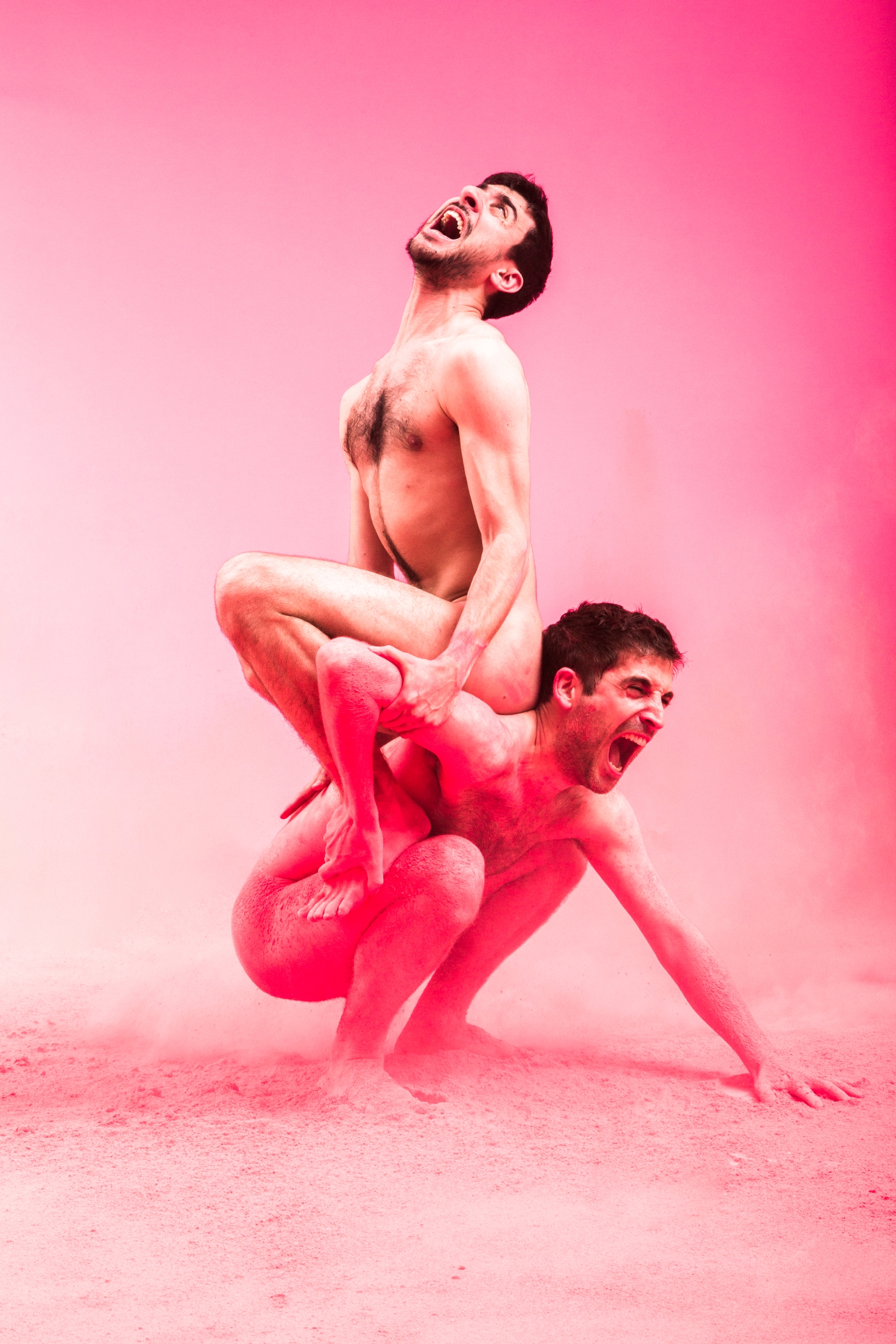 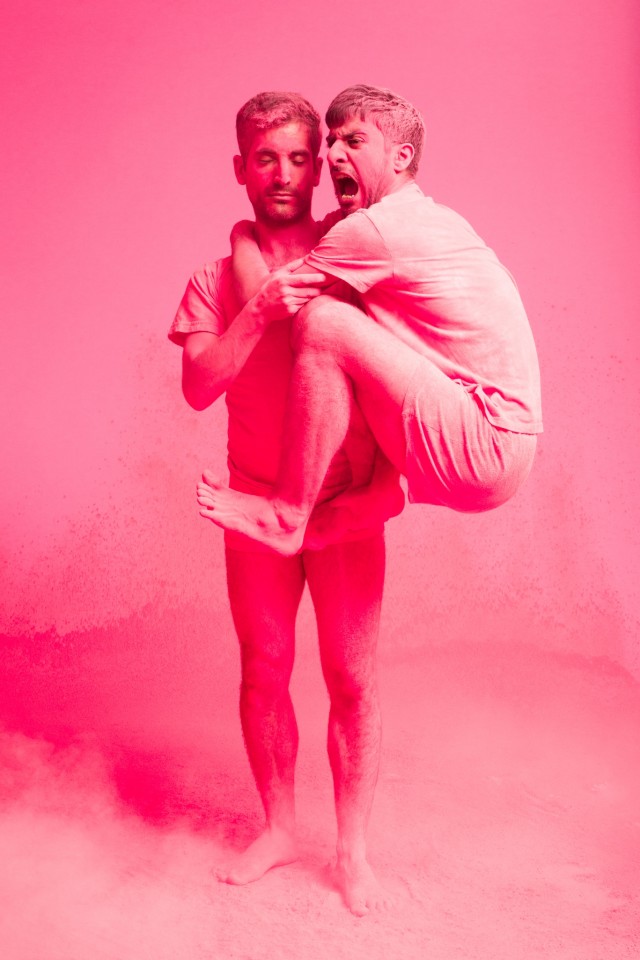 In A Room For All Our Tomorrows it feels like Igor & Moreno are more trying to convey a message or possibly just provoke so many thoughts that it would be impossible to say what its real subject is. Although the dance is well executed the narrative did not actually go anywhere. It had a dynamic beginning but it stayed on one level for quite a while, there was no climax to the whole piece.

The explosions of energy and strength are quite dynamic in parts but there are parts that simply last too long. The intro with the two men dancing in unison around a kitchen table is the initial central focus and then they were screaming at each other all the way through. The piece seemed to have a feeling that comedy was going to be a thread throughout. They were identically copying each other but the use of their sounds brought comedy.

Then as it goes on there was a sexual undertone and it progressively got uncomfortable. There was a table in the centre of the stage that had a coffee maker on it and this dragged on for a bit. But then the table converted into a piano and everybody laughed at the shock of this. It went from comedy to serious to bordering on disturbing.

All of a sudden their mouths were locked together and they stayed there for what must have been a minute but it felt like ten. One of the dancers played the piano and with the lighting this created an intense mood. At the end we were asked how we felt and I just thought it was not up to the level of Phoenix or RJC, they were more trying to provoke and give a message but maybe it was lost on me.