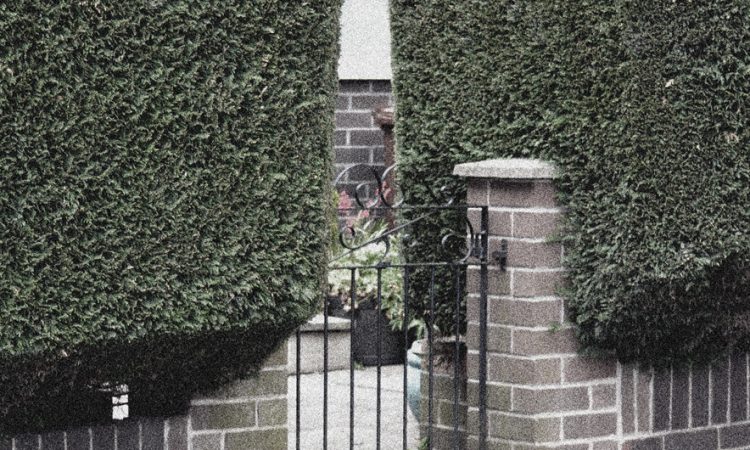 Give IVOR TYMCHAK a big hand for writing this topical tale.

It was getting late in the evening when I made my way home on foot.

I was on a pleasant leafy avenue with mixed types of properties but they all had one feature in common – a front garden. At first I thought the street was deserted but then I saw him. The old man.

He was standing behind a gate, his hands resting on the black wrought ironwork as he looked up and down the street.

As I approached I could make him out better: he was wearing a new-looking maroon sweater that had the classic styling of M&S. Grey slacks hung from his bony hips. Thin strands of white hair floated across his head.

The thing that struck me was his expression: a hungry look. His rheumy eyes with attendant bags under them looked forlornly in my direction. We made eye contact but little was communicated and he quickly looked away as if he might miss what he was really looking for – a misbehaving cat, perhaps? I had a moment’s impulse to ask if he needed help but before I could he absent-mindedly raised his two hands and in a hesitating slow dance and clapped them together a couple of times as if trying out the technique of applause for the first time in his life.

The movement was odd and I regarded him with slight suspicion; maybe dementia was part of the story. I abandoned my plan to ask after his wellbeing.

As I passed him I took a sly sideways look, unsure of what I thought of him. In the end I was left with a hollow feeling of sadness as I imagined I might be looking at a reflection of myself in the not too distant future. He continued to look up and down the street.

At the top of the street, I stopped and turned…there was something about the old man.

Standing behind a hedge that needed trimming, I decided to observe him for a minute or two to see if his behaviour developed any more oddities.

As I watched, the village church clock tolled out the Westminster Chimes. At this the old man jerked his hands up again, practicing the movement once more but with greater urgency.

Then the hour began to chime, gradually adding up to eight and as it did so I saw people suddenly appear out of their houses and walk to their gates. They started clapping loudly, cheering, banging pots and blowing whistles, acknowledging each other with friendly smiles. The old man suddenly came alive and burst into wild applause, a huge grin on his face.

He’d found what he was looking for – what we all seek in one way or another: a connection to a community.