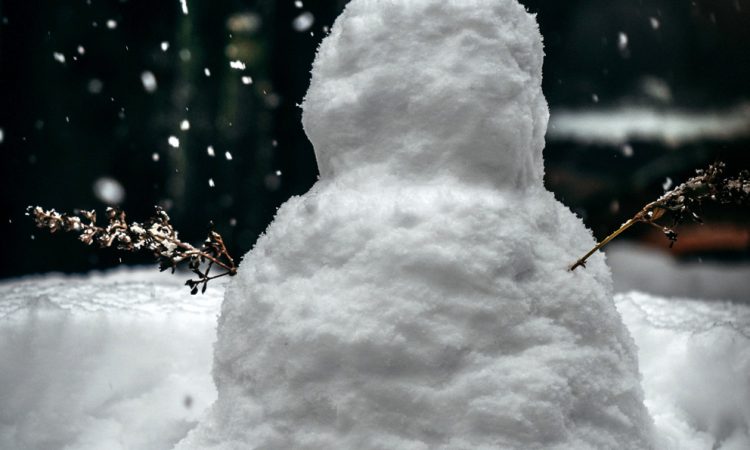 There was a knock on the office door.

‘Come in!’ shouted Kyle Chipchase, the supervisor of the fulfillment centre at Bullseye delivery service.

The door opened and Dean Saunders sauntered in. Kyle wondered if the nonchalant attitude that Dean always displayed at work had been encouraged in some way by his surname.

Dean stood in the small space in front of Kyle’s desk, one hand still on the door handle. ‘You wanted to see me,’ he said.

Dean did as he was told and sprawled in the hard chair as casually if he were at home after a long day. Kyle fingered a piece of A4 paper and cleared his throat.

‘I’ve had a complaint.’ He looked at Dean who stared back at him like an expert poker player.  He continued: ‘Yesterday you delivered a package to a Mr. Hogg at 5, Barnard Close, Otley…’

Kyle looked again at Dean hoping for a flicker of recognition but Dean was inscrutable. He sighed and said, ‘after you’d delivered the package you decapitated a snowman that was on the premises.’

At this revelation Dean burst out laughing.

‘It’s not funny,’ Kyle said. ‘The Hoggs are very upset. I’m going to have to take some disciplinary action.’

Dean sat up straight. ‘Is this some kind of joke?’

‘No. Apparently the kid who built the snowman is inconsolable.’

‘Look, I’m on your side in this instance but the Hoggs have threatened to go to the local paper and I have to think about our reputation. This is a cut-throat business and we can’t afford to have any negative publicity. My bosses are going to come down on me like a ton of bricks if I don’t sort this quickly. I want you to send a written apology to Daniel Hogg – the boy who’s upset.’

Dean paused before he said, ‘I’ve no idea what you’re talking about.’

‘It’s no use denying it, they’ve got CCTV footage and it shows you doing a karate-style kick at the snowman, knocking its head off.’

Dean thought for a moment. He remembered the big house with the treble garage and the two SUVs parked on the drive. ‘Oh, I remember something like that now – I did practice one of my martial arts kicks but it was just a pile of snow, there was no snowman.’

‘You might not have thought much of it but the kid did. He’d put eyes in and everything.’

‘It was a pile of snow…how is it any different from the snow I was walking on? Are they complaining about me making footprints in their precious blanket of virgin snow too?’

It was the use of the word virgin that made Kyle want to end the interview as quickly as possible. ‘There’s no point discussing it, just write an apology and I’ll send it to them and let that be the end of the matter.’

‘End of the matter? You want me to apologize for something as insignificant as that. I don’t think I can do that.’

‘How can it be insignificant when we’re sat here with a problem on our hands?’

‘I don’t have a problem with it – you do. You could just tell them to get a life.’

Kyle exhaled loudly, put the sheet of paper on his desk and leaned back in his office chair. ‘You don’t get it do you, Dean, the local paper will go to town over an incident like this. The negative publicity will do us untold harm.’

‘And you don’t get it – I’ve bust a gut to get to work so I can deliver parcels to them and now you want me to grovel to some spoilt brat because I interfered with some of his snow.’ Dean suddenly sat bolt upright as a realization hit him. ‘It’s not even his bloody snow! It fell out of the sky for everybody to do with as they please and most people just want rid of the stuff.’

‘Look, there’s no need to get upset. What harm can it do writing an apology?’

‘Okay, if it’s that simple, I want you to write me an apology first for making me write a stupid apology when I haven’t done anything wrong.’

Dean could see he’d scored a direct hit with that remark because Kyle pressed his lips together until they were bloodless and his cheeks became flushed.

‘Stupid!’ Dean opened his arms wide with his palms upraised. ‘We’re discussing some snow that’s been rearranged a little bit – snow that is a nuisance to everyone who’s trying to get to work.’

‘The kid had spent time on the snowman.’

‘It was two lumps of snow – one piled on top of the other. You’ll be telling me it was a work of art next.’

Dean suddenly had a thought. ‘Hang on, as I remember, it wasn’t even in the garden; it was on the pavement outside the gate.’

‘What’s that got to do with anything?’

‘Everything. That’s considered public space. What’s to stop me saying he’s been fly-tipping snow in a public space and I was just trying to clear it?’

‘Oh yeah, so if I brought a truck load of snow and dumped it in front of their drive, that would be okay would it?’

‘Eh? I…’ Kyle was flustered by the sudden turn of the argument. ‘I don’t know what the legal situation would be in that case but you destroyed a kid’s snowman and you need to apologize to him – or you’ll be sacked.’

Meanwhile, several thousand miles away in a large air-conditioned conference room in a government building, an engineer was gesticulating over a projected slide that showed the course of a major river.

The engineer addressed the half-dozen people in the room: ‘And after the dam is built we construct irrigation channels here and here.’

At the table, a small, sharp man taking copious notes asked, ‘have we commissioned a study to show how the dam will affect the populations across the border?’

The man sitting at the head of the table dressed in an immaculate suit answered, ‘what we do with our water is no business of the people down river.’

Ivor Tymchak is an author, musician and presentation skills trainer. Some of his creative products can be found on Bandcamp:https://gentleihorsdevotion.bandcamp.com