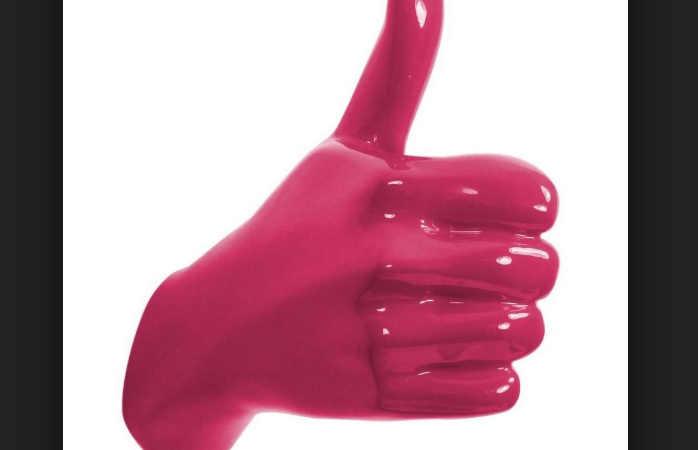 A response to the event SEX TAPES at Leeds International Festival

After watching the spoken word performers at SEX TAPES, PHIL KIRBY decided to join in…

An ex once screamed in my face, at a party in front of a bunch of friends, that I was “much better on paper than in person.”

Penelope could be brutal. Unsparing. Remorseless. And beautifully devastating, or was it devastatingly beautiful? Either way her opinion was the result of seven years of sharing a bed, a bank account and a back-to-back with me, and had the weight of deeply observed experience behind it. In person I’m a bit of a let down.

She’d seen me become a jabbering buffoon over something as simple as ordering extra poppadoms in an Indian takeaway, watched as I’d clam up in any social situation involving more than four people, and torn her hair out every time I was rendered inarticulate by the abominable pressure of making a phone call to arrange an eye examination. I’m a bit crap when it comes to conversation. I find speaking in public my idea of hell.

It’s as if the part of my brain that generates words is somehow disconnected from the part that controls my mouth. In my mind there’s a crystal clear stream of syntax, flowing in precise, perfectly formed and gorgeously turned sentences, but when the flow of words reach my vocal chords it somehow turns into a gush of semantic sludge.

I was thinking about this the other night at the launch of the Leeds International Festival’s opening show, Sex Tapes. I’d had a drink or two before the launch party, a couple of glasses of whatever was going at the free bar at the launch, then a bottle of wine in the pub waiting for the show to start, plus a can of lager and more wine (thanks Zoe) during the event… I may have been a little tipsy. And I found myself promising a friend at my table that I’d write a poem about sex…

There is a context to this. Sex Tapes was advertised as “a night of sex-positive spoken word performances”. It was brilliant, gloriously filthy, life-enhancingly smutty, and a wickedly funny event – though I’m not going to review it here, we have something coming up over the weekend. Chatting about the performance afterwards I’d simply observed that though it promised to be “open to all people” and be “for everyone” I didn’t find my own experience of sex, love and relationships acknowledged let alone “celebrated.”

“That’s because you are a man, an older, straight white male, and your sexuality is the norm, it’s everywhere, it doesn’t need any more exposure…” my friend said.

I quibbled about that word “older”. I identify more as “mature” if you don’t mind, so can we agree on terminology, I argued.

And “straight”? That’s true, I’m about as gender fluid as your average house brick. But just because I am more inclined to favour the orifices of the opposite sex (yes, I am aware of the problematic nature of that phrase, you can blame my “maturity” if you like) it doesn’t mean I am any less weird, warped, wonky or deviant as the next person. Straight does not mean straight laced. And my sexuality is not a straight jacket. Unless that’s your kink, obviously. Personally I’m not comfortable in corsetry.

Obviously I do not possess a clitoris (many of the poets on stage delivered paeans to that delightful organ) and I’d almost certainly never bother leaving the house if I did… but straight, white, more mature men have sex too, and not always the sort that’s generally represented in popular culture, closely associated with crumpled cans of Carlsberg, racist football chants, casual domestic violence and the occasional trip to Casualty.

So, in my drunken dudgeon I promised a poem. Redressing the balance a little, celebrating my own particular slant on the subject of sex. Straight, but singularly skew whiff. And more poorly amorous than polyamorous.

I’m not a poet. The thought of live performance in front of an audience petrifies me. So the notion that I’d ever deliver a spoken word poem is utterly ludicrous and I can’t for the life of me understand why I’d ever make such an outlandish and out of character suggestion (did I mention I was mightily drunk?) Some are made for the stage, some for the page. Some for flights of melodious poetry, some for the more flat-footed plod of prose. Personally I perform best between the crisp white sheets of a notebook. Penelope was right.

It makes rejection much less painful.

So, instead of spoken word poetry here’s some words on a screen, words I’d never dare say out loud, and on a screen behind which I can hide.

I want to praise the humble hand job. Which is about as straight and male as you can get.

The hand job. Runner up in the copulation stakes, the wannabe of fornication, the Cinderella of carnal knowledge who never goes to the balls (sorry, could not resist) I have always considered the hand job as deserving some better pr. All too often neglected and underestimated compared to its noisier, needier, more conspicuous sexual siblings – the standard screw and the blow job – the handy is often considered the fast food of fucking; a coital snack when you want the whole three courses of copulation, a carnal takeaway delivered cold just when you fancy something hotter, and not exactly the haute cuisine of sexual intercourse. But in the hands of a master (or mistress) the tug can be a thing of exquisite beauty, joy and skill.

A hand job is the sex act with the most dexterous command and lascivious legerdemain. Combining just a few simple ingredients – pressure, pace, position, a twist of the wrist and a dash of lubrication – a practised artiste of sexual sorcery can keep the recipient in tumescent torment for hours (fair enough, that may be exaggerating a little) and the ability to sense the moment of no return, to tease and tweak and delay the inevitable, is a highly sophisticated achievement.

A hand job can be a 100 metre sprint, a pole vault of galumphing exuberance, a toboggan ride of icy fury. Or it can be a marathon with no end in sight leaving you breathless, dazed and unable to stand for a week.

It’s a guitar solo by Hendrix; it’s Buddy Rich out-drumming Animal; it’s like being the slip on the wheel of a master potter.

And you don’t even have to take your pants off.

A hand job is the friendliest, most companionable and easeful form of fornication. Ethically it’s also the most reciprocal, conforming to the golden rule of sexual etiquette; don’t do unto others what you wouldn’t like done to yourself. It’s something anyone and everyone can enjoy.

Finally, with a hand job you don’t need to learn any new and potentially excruciating positions; you can do it sitting down, standing up, with your back against a wall, even while doing the ironing; though be very careful to put the old Russell Hobbs down before the denouement – there’s hot, steamy sex and then there’s permanent and irreparable damage! And you don’t need any special equipment to perform great hand (well, maybe some lubrication, but use your imagination for that one. Or toothpaste… you all know the toothpaste trick I assume?) Plus, nobody ever gets performance anxiety whilst enjoying a good rub. All that rutting and grunting and grabbing of your standard bedroom athletics can be safely put to one side.

One of the questions that was asked during Sex Tapes was about the strangest place you have had sex. In my case at a bus stop maybe, on the back of a bus, in a theatre (shan’t say which one else I’ll never get review tickets ever again) on a step in the Goods Entrance at the back of Debenhams (twice!)… but I think the strangest place I ever had a hand job was in a toilet in a Middlesbrough Working Men’s Club during the buffet lunch after my ex’s grandad’s funeral.

I really don’t know why I got aroused – though she always looked fabulous in black, and morose generally suited her – but Penelope read my agitation and generously and graciously took me in hand. Literally. She said she was feeling too gloomy to have sex herself, and I felt a blow job was out of the question in the circumstances (we’d just been nibbling on cucumber sandwiches and slices of cold cheese and onion quiche, so it just didn’t feel right) but some quick hand relief seemed the most appropriate solution to the problem my inconvenient concupiscence presented. Not all my partners would have been so accommodating. Pure class was Penelope. I do miss her.

I think I’ve written enough now to convince anyone reading this to reevaluate their opinion of the lowly hand job and rate it more highly on their list of sexual satisfactions; you don’t have to be a straight man to indulge, though it’s always nice to indulge a straight man. And I’m more or less back where I began, with the ex and her cutting insight into my character, so I’ll leave it here. I really am better on the page than in person.