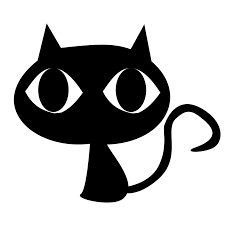 PHIL KIRBY gets in a flap about a cat.

Would you read a book by someone who’d killed a cat?

The question came up on Twitter the other day in a conversation about writing and ethics. We were asking if bad people, who may have done or said or thought objectionable things, could write good books, a book you wouldn’t have a problem recommending to a friend. Or would the moral contamination taint everything like the reek of cat piss on an old carpet?

Why a cat, I wondered? What if someone killed a dog? Anyone who could terminate a pup is a monster, like Frank Underwood in the first episode of House of Cards, and nobody would read a book by him would they? How about someone who’d done for a fish? Not reading J R Hartley because he’d landed a trout or two would be ridiculous, wouldn’t it? What about an endangered species, say shooting an elephant? Well, that never did George Orwell’s literary career any harm. Nobody has ever refused to read 1984 owing to the unfortunate episode in Burma.

There’s something about killing a cat though that simply doesn’t sit right with writers. Dr Johnson famously got annoyed at the thought that anyone could harm a cat. As Boswell puts it;

This reminds me of the ludicrous account which he gave Mr. Langton, of the despicable state of a young Gentleman of good family. “Sir, when I heard of him last, he was running about town shooting cats.” And then in a sort of kindly reverie, he bethought himself of his own favourite cat, and said, “But Hodge shan’t be shot; no, no, Hodge shall not be shot.”

Hodge was “a very fine cat”. 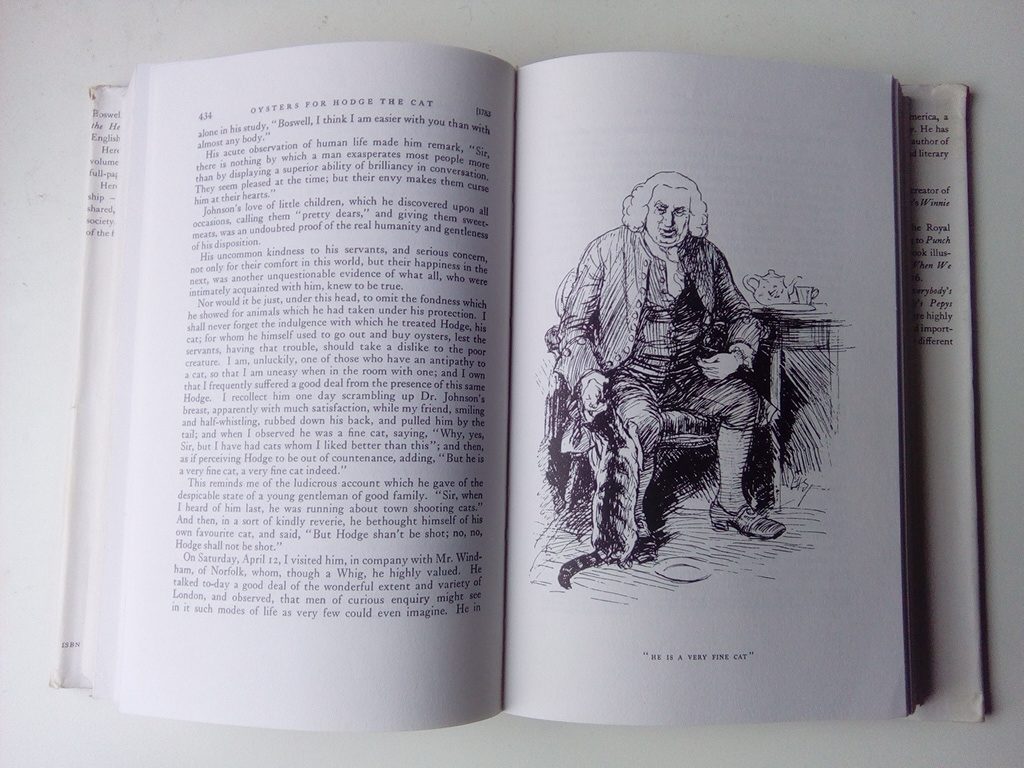 Hemingway had to shoot his favourite cat, Willie, run over by a car and severely injured:

I had René get a bowl of milk for him and René held him and caressed him and Willie was drinking the milk while I shot him through the head. I don’t think he could have suffered and the nerves had been crushed so his legs had not begun to really hurt. Monstruo wished to shoot him for me, but I could not delegate the responsibility or leave a chance of Will knowing anybody was killing him…

Have had to shoot people but never anyone I knew and loved for eleven years. Nor anyone that purred with two broken legs.

Writers have an affinity with cats because they are such quiet, self-contained, curious creatures, and cats probably hang around writers for similar reasons. Here’s a list of hundreds of famous writers who were cat lovers, and Google “writers and cats” and just see how many images there are. Dogs don’t do half as well; though I really don’t go along with Karl Ove Knausgaard who asked, “has a single good writer ever owned a dog?” and blamed his temporary dog ownership for a two year writer’s block.

Fictional cats flourish. Cats just seem to have more scope for literary inventiveness than dogs. The Cheshire Cat, The Cat in the Hat, Macavity, all fabulous creatures. But if I had to name the Greatest Cat in Fiction it would have to be Mehitabel, who sprang from the imagination of Don Marquis around a century ago to prowl his newspaper column for twenty years. Penguin Classics brought out an annotated paperback a few years ago but it’s worth searching in those musty old bookshops for the original hardbacks, illustrated by George Herriman. 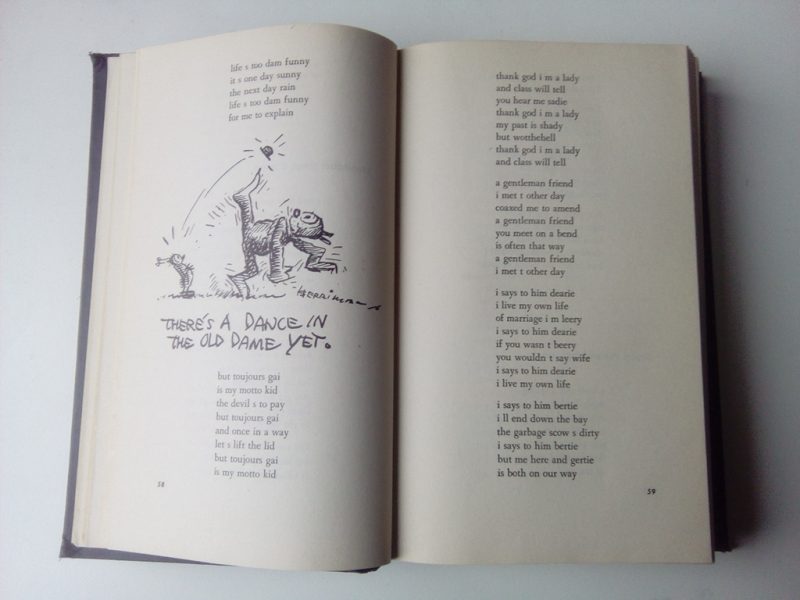 Mehitabel wasn’t just a fabulous character, she was an artist in her own right, a dancer, performer and occasional poet whose adventures were transcribed by her friend, Archy.

Archy was a cockroach who had, literally, the soul of a poet. At the time Marquis was writing spiritualism was all the rage, “the other side” was a regular guest at fashionable dinner parties, and ectoplasm hung in the atmosphere (it was great stuff, Archy pointed out, to mend furniture with.) Archy was a reincarnated vers libre poet. As a cockroach he had difficulty using a typewriter and could not manage the shift key, so no capital letters or punctuation marks spoil his poetry. Mehitabel claimed to have been Cleopatra in a past life, and many other queens including the consort of Tutenkhamen.

Mehitabel is an alley cat with the soul of an aristocrat, and no matter life’s ups and downs “always a lady.” “To hell with anything unrefined has always been my motto,” she would cry, and her philosophy of life was summed up in “toujours gai, toujours gai,” and “cheerio, my deario.”

When each of her many unwise love affairs ended (“abductions” she called them) she confided in the stoical Archy. Once, after regaling him with a rapturous yarn about the “mother love” she feels for yet another brood she’s been burdened with – abandoned in a garbage can she knows will fill with rain – she instantly forgot her “sweet innocent little thing” and greeted any further enquiry with a haughty glance, and “what kittens?” She was an artist. Domestic duties were not her concern. As Archy remarked, it takes all types to make an underworld.

Archy recounted how Mehitabel took revenge on a lover, a “slick looking tom” called Fluffy who’d promised her a “red ribbon with the silver bells”. Fluffy invited her into his home making extravagant promises. They raided the pantry and the ice box together. But just as they were about to tuck into a pot of cream in came the mistress who started to scream at the “horrid creature” that Fluffy brought in. Fluffy, instead of being a “gentleman” and standing up for her, turned upon Mehitabel,joined in the attack, siding with the mistress.

After ripping holes in her attacker’s stockings she makes an escape and lies in wait two days. When she catches Fluffy in the “great open spaces where cats are cats” she slices out his left eye, tears an ear into ribbons, and rips the fur off his back before dumping his lifeless body on his mistresses door mat. “This is just a mild lesson I am giving you tonight,” she tells Fluffy, “and you outta be glad you didn’t make me really angry.” 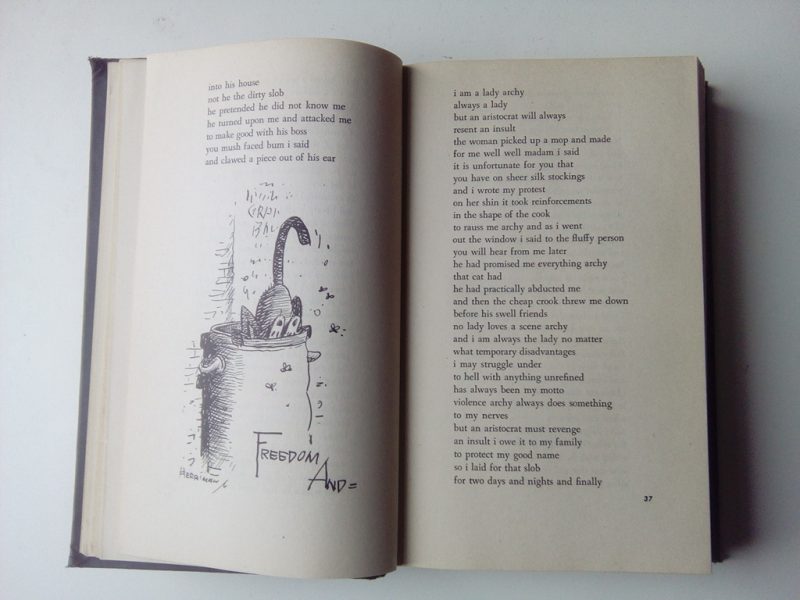 In another poem she teams up with the reincarnation of French vagabond poet, Francois Villon, a ragged eared tom “with one mean eye, the other missing,” who recites a poem that Archy translates, with the lines,

Mehitabel executes her own kittens in cold blood, brutally disfigures a disloyal lover in revenge, and nonchalantly enjoys the dubious company of a vicious psychopath out on a killing spree. She is abominable. Diabolical. An appalling character. I would not want her introduced to any cat I cared for.

As Archy puts it,

So, the answer to my friend’s original question is, yes; I’d even read a book by a cat who’d killed her own kittens (I know nothing about Don Marquis’s personal life or political thoughts and would prefer to keep it that way.)

Almost anyone with a word processor and two fingers can write inoffensive tales of nice people performing heartwarming deeds, the stuff that makes you feel all warm and fuzzy, and glow inside. Not literature, just reassuring stodge; porridge for the mind

But to write lyrical comedy with the wit and perception of Don Marquis takes more than Ready Brek in the soul.

During our twitter conversation I wondered what Mehitabel would have thought. She hated mob morality and vulgar outrage; “to hell with anything unrefined”, she would probably have said.