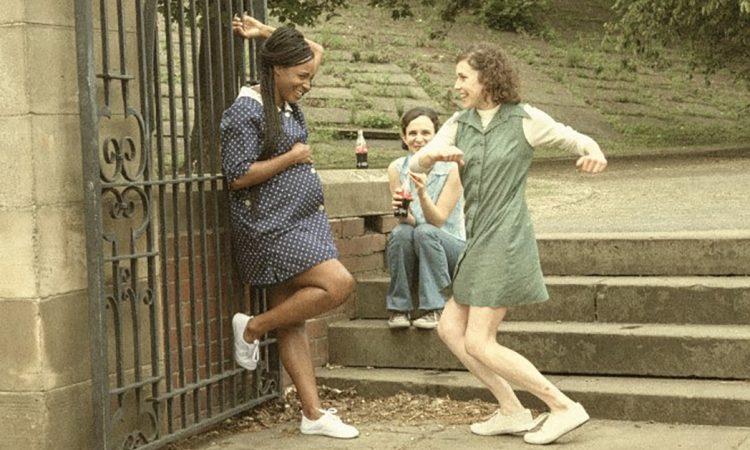 Be My Baby at Leeds Playhouse Pop-Up

“This production isn’t simply a piece of history” – Be My Baby at Leeds Playhouse Pop-Up considers what ‘choice’ means for a woman. Words: LISA GRABOWSKI

If you have sex, you’ll get pregnant and be damned to the eternal depths of Hell. That is unless you’re married – then you must go forth and multiply like a Gremlin in a rainstorm.

Having attended a Catholic primary school in the early nineties, that was pretty much the gist of my sex education. And to be honest, both outcomes sounded like the eternal depths of Hell to me.

Thank God (well, maybe not – He was probably pretty miffed) that I then went to a non-denominational secondary, where the teacher explained that there were other options – contraception, abortion, adoption, single parenthood.

There were choices. I could be autonomous over my body, take control whatever happened. “Well duh!” I thought, my inner Valley Girl simplicity a result of the teen flicks of the time.

Unfortunately, as I was to learn, it isn’t all that simple. These choices are neither universal nor are they guaranteed. Changes in society and government can remove or restrict those rights. Women’s bodies are still a political battlefield. Ground is gained (Repeal the Eighth) and taken away (I’m looking at you Alabama).

Considering what’s currently happening across the pond, Amanda Whittington’s Be My Baby is well timed as the final production of the Leeds Playhouse’s Pop-Up theatre season. Directed by Jacqui Honess-Martin, the play considers the consequences of enforced adoption in the 1960s – a mother’s rights removed by social stigma and legal barriers to alternative options.

The set and costumes hint at mid-century modernism but could as easily be from an Ikea showroom today. This recontextualises the setting, subtly reminding us that these are not just issues of the past.

Be My Baby sees four young, unmarried women brought together by circumstance under the roof of St Saviours maternity home as they await the arrival of their babies and the inevitable handover to Welfare Services. We follow Mary: 19, well educated, a hopeless romantic and seven months pregnant. She wants to keep her baby and it’s not going to be easy.

Portrayed by the Ensemble Company along with Mind the Gap’s Anna Gray, the characters are well developed. There are no stereotypes – even Matron who could so easily have been a stony, stern battleaxe balances the strict practicality of ‘the right thing to do’ with a calm understanding of the girls’ plight.

Balance is key to the success of Be My Baby. Just the right levels of heartbreak and humour, the cast bursting into song (the kind of longing pop tunes of the era) when the tension gets too much.

The women’s stories are still relevant today: a married lover, a naïve romance, a terrifying rape.  Each left to bear the burden of unwanted conception. They’re locked away from society and Prince Charming is not coming to rescue them.

As the due day arrives for Mary, the realisation suddenly hits her “I never really had a choice”.

Sadly, despite all this time, choice is still something many don’t have.

Be My Baby is at Leeds Playhouse Pop-Up from now until Sat 1st June. Details here

Find out about Mind the Gap’s Zara here