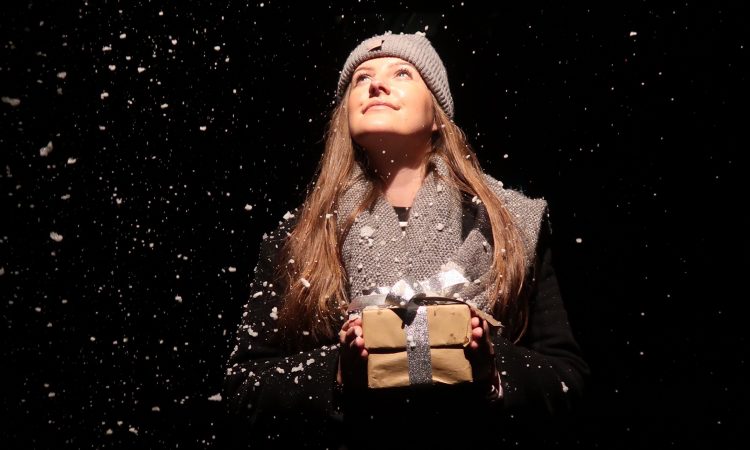 PHIL KIRBY doesn’t do anything interactive ordinarily. But it’s Christmas…

When I mentioned to my sister that I’d booked tickets to go see Riptide’s new “interactive festive adventure”, The Lost Present, she almost choked on her Shiraz; “But, Philip, you’ll be terrified… you know those actors will try to involve you? Remember what happened last time!”

When I told my ex the response was even more worrying; “Philip… you… you know… you can’t be serious… you can’t do that” She didn’t mean “can’t” as in a moral imperative, that I should not even contemplate such a thing. She meant I was incapable. Didn’t have the ability. Wouldn’t be equipped to carry it through.

My mate Harvinder was moderately more supportive; “Philip, darling, shall I come and hold your hand, so you won’t feel so… so… well, out of your depth…”

I declined. Not that I’ve got anything against holding a bloke’s hand in public, even Harvi’s – who isn’t much of a bloke to be fair – just that for me it’s a touch demonstrative. Theatrical. Attention seeking. If you don’t mind I’ll keep my hands to myself. And I’d prefer you did too. That’s why pockets were invented.

What these reactions, from people who know me best, are saying has nothing to do with the theatre company (we’ve had lots of great podcasts about Riptide) or even this sort of event (again, we’ve published loads of enthusiastic reviews); it’s more about my own questionable ability to grasp why an actor in a performance would want to rope me in.

Why is that actor talking to me? Nobody showed me the script! How should I know what to say or do, that’s her job.

As far as theatre goes I’m a big fan of the fourth wall. (Build the wall!)

I like my personal borders secure and preferably patrolled by armed men with doberman’s and dark glasses.

I would rather my activities be sovereign and not at the mercy of a directorial power I can’t control.

And I often wear my MAGA hat at cultural events: MAKE AUDIENCES GREAT AGAIN! I think it could become a thing.

This may be why I don’t get invited out much anymore and Richard and Anna get all the gigs? But I can’t change my personality, can I!

It could my genes. Or maybe I’m nothing more than a social construct that’s become derelict, I don’t know. But I’m constitutionally incapable of enjoying anything that demands I join in. Or makes me feel the spotlight is on me. Limelight just makes me feel queasy.

I’m about as interactive as an icicle. As participatory as a paving slab. As engaging as a complete set of the 1911 Encyclopedia Britannica.

And I’m the sort of person who’s read the 1911 Encyclopedia Britannica from A to Z and can inform you in meticulous and comprehensive detail why it’s a classic and the pinnacle of knowledge even though wrong in so many ways. And that probably says it all.

Still, it’s Christmas, isn’t it! Time of year to jingle your bells, ding dong merrily (I do that when I’m high anyhow) and dangle your baubles… sorry, that just came out all wrong but I’ve no time to edit. And what better way to celebrate than being “guided through the city of Leeds uncovering secret festive locations… (to) collect the spirit of Christmas and return it to its rightful place.”

We’re promised “unexpected magic and treats along the way” and “potions” too; and if there’s one thing I cannot resist it’s a potion or two. Make mine a double! Double potions all round.

So, Riptide, you have your job cut out next Monday, but I’m looking forward to it. And I’ll try.

For one week only. Step into a unique interactive Christmas adventure where magical worlds come to life in Leeds city centre.