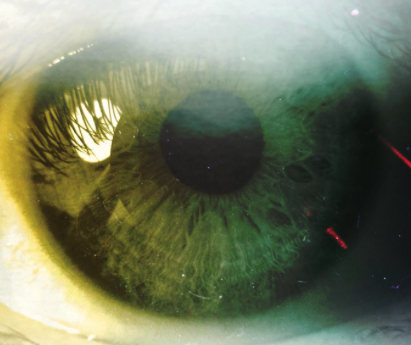 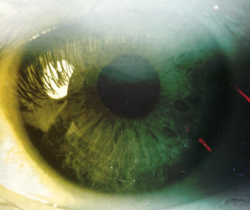 On Thursday evening, I went in the glorious heat to watch a rehearsed reading of Proper Job Theatre Company’s current project ‘Medusa’. Not knowing what to expect and barely remembering my Greek Mythology, off I trotted with my lovely friend Emma (who hasn’t been to the theatre in a while) to the CarriageWorks in Leeds, to see…well I had no idea what we were going to see.

Now, I always feel a bit of pressure taking someone to the theatre for the first time or someone who hasn’t been in a while, or had a horrific past experience, so I was a little anxious taking Emma to see something that I knew nothing about, when we could have been soaking up the rays. I have never seen anything of Proper Jobs’ before which only added to the anticipation!

I have to say, I was not disappointed. Their creativity and stylised techniques immersed in the tale of Medusa, had so many social messages. This performance is (and will be) fantastic to watch.

The quote I have chose at the beginning of my article, is pertinent for many reasons…for the first time ever our bags were searched as we entered this small theatre in Leeds. A very chilling and clear reflection of our current social situation…but one I was glad of. Many other social comments were apparent throughout the performance, which I shall allude to as I continue with the review.

The space is a small, intimate studio and I could immediately tell the piece would be non-naturalistic due to the keyboards, projection and minimalistic set laid out before me. The focus of the rehearsed reading was primarily the script and the clarity of the characterisations. Both of these elements, for me, did not disappoint.

I am generally into theatre that is high energy, with interactive sets and really physical. I would describe this rehearsed reading as, very static and still, but within that, a great deal happens, and even without the inclusion of huge amounts of physical theatre, I was engrossed from the outset.

The clever use of narration to tell Medusa’s story, using all the actors to share her experience, combined with her own words and the merging of her beautiful singing voice was original and spine tingling. The use of live music was a welcome addition and a technique that could easily have been over used but wasn’t.

Again, a big fan of performers utilising all of their skills, it worked well having a multi skilled cast, seamlessly weaving from playing the piano/singing and harmonising, to narrating to being a central focus within the story. This felt effortless, although I know it wouldn’t have been.

The company’s modern approach to placards worked well, if anything I felt this was under used and more could be made of the use of projection, given the creativity used in all other aspects of the performance, I am sure this will be utilised in the final production.

Having seen a thousand times, the use of a game show to represent many things on stage, I was a little unsure when this scene began. However the massive social message behind the action, was clearly highlighted when we the audience, became part of the jury – judging Medusa’s actions, as the court suggested she was to blame for her rape – her clothes were too tight, she made eye contact with her attacker Perseus, she is a woman… This, I felt was really current and relevant, as this conversation continues, certainly across social media, every day regarding who is to blame for rape – with some even suggesting that the crime of rape may not be the fault of the rapist. As is the perception in Medusa’s story, the turning point behind the change in her character, and her actions towards all future men.

The canned laughter, the sound effects and the bold characterisations made a mockery of the law and for me, provided some very serious messages about how women are perceived in situations where their choice and their voice is taken away, becomes irrelevant, and how they are treated, almost raped again in the aftermath of the initial crime – with judgement on all sides the blame placed on the female, after such an ordeal. How very sad, that the essence of this very old myth, has not altered a great deal through time. For me, this was the most thought provoking element of the performance.

The raw emotion the actress playing Medusa evoked was wonderful, combined with her sweet voice, her innocence taken away – This was a very strong performance. She was supported well by the additional three performers, throughout the piece.

I enjoyed noticing the little things, for example that all the actors moved into position walking in straight lines, with clear angles – Suggesting that they/we all have a path to follow, maybe?

I think one of the greatest compliments I can give is that I was so drawn into the performance, the storytelling and the characters, that I didn’t notice the scripts in hand after a while.

This was, as I mentioned earlier a rehearsed reading and both the cast and crew were gracious in accepting the feedback given in the short post show discussion. The ending was a little unclear and lost its way slightly, but I am confident that the final performance will be clear and even more thought provoking.

However, I thoroughly enjoyed Helen Mort’s way with words. Given the uncomfortable nature of the performance, the script could easily have become cheesy or vulgar, but it doesn’t feel that way, it felt – just right! Well written, clever and creative.

And my friend Emma…the theatrical newbie commented ‘it was a powerful performance with music that played on your emotions’ job well done, I think. Please look out for and all go and see the final performance in October, I certainly will be doing.