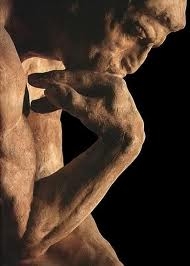 2011 promises to be another good year for debate in Leeds. To add to the already growing list of Leeds-based debating groups a new Café Philosophique is starting up in Weetwood.

Organised by John Dickinson, a retired medical researcher and a member of Weetwood Residents’ Association, Café Philosophique is part of community liaison initiatives which aim to promote and foster good relations between businesses, service providers and the local communities of Far Headingley, Weetwood and West Park; and stimulate some lively debate along the way.

A trial Café was held in the summer of 2009 at Leeds Metropolitan University on the psychology of marketing, and now three more have been planned for the beginning of 2011.

The first debate is on Thursday 13 January and is titled “Limited Resources = Limited Consumption? : Limited Population?”, in which Blake Alcott from the University of Leeds School of Earth and Environment will examine the possible physical limits of the planet to sustain or absorb human activities.

The second Café on Thursday 10th February asks “Can the Law Deliver Justice?”, when Beth Hill, lecturer at Leeds Law Training College, and Chris Foren, formerly a prosecuting solicitor with the CPS, present views on the nature of justice and the role of the law in regulating human interactions.

And in the third debate on Thursday 10th March, “Is 42 the Answer?”, John Dickinson will give a Cook’s Tour of cosmology, the reasons we are here in this particular universe and the implications for the future.

The Cafes will be held in the Richmond House School Sports Pavilion off Glen Road, Weetwood. The initial presentations will start at 7:30pm and will last around 40 minutes followed, after a short break, by a led discussion of the topic.

The Cafes are open to all. A donation of £3 will be asked for on the night towards expenses and to provide some liquid refreshment.

Paul Thomas is co-organiser of Leeds Salon and guest writer for Culture Vulture. See his previous article ‘Is Leeds City of Debate?’