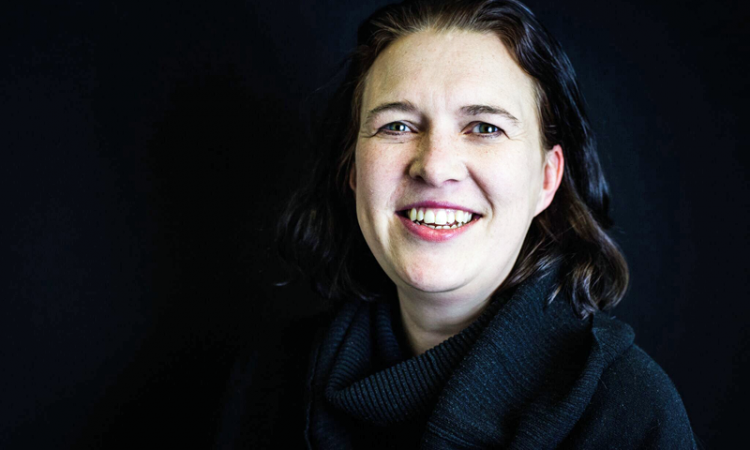 Michelle Wright, CEO of Cause 4 and Programme Director for Arts Funding & Philanthropy

MICHELLE WRIGHT is CEO of social enterprise corporation Cause4, as well as Programme Director for Arts Funding and Philanthropy. She talks to NEIL MUDD about new approaches to funding and the need for a different mind-set…

In the face of massive financial uncertainty, few people would choose to start a new company. CEO Michelle Wright set up Cause4 in 2009 as a direct response to global recession and the biting austerity which has followed in its wake.

“It feels mad now setting up an organisation at such a point,” laughs Michelle when we talk on the phone. “I was working with the London Symphony Orchestra at the Barbican Centre, and I just remember the day Lehman Brothers collapsed vividly: thousands of people in the City of London lost their jobs overnight.”

“I was in my early thirties and I thought, The world has changed and the world of charity organisations and fund-raising is going to have to change. We’re going to need new models, new energy and just a different sort of mind-set.”

Geared towards fundraising across arts and culture sectors, Cause 4 supports ‘charitable organisations and causes to thrive and innovate,’ and is one of the first certified social enterprise B-Corporations in the UK.

“I’d had a lot of experience with bigger consultancy companies. You can spend a lot of money and get a perfectly brilliant strategy, but if the steps aren’t there to implement it – or the culture isn’t right in the organisation to implement it – you might as well have not bothered,” says Michelle of her reasons for starting Cause4 ten years ago.

“I wanted Cause4 to signpost people from A to B, but also, when there was the right mix of factors, we would roll up our sleeves and support fundraising directly. We still have that combination in our approach.”

Michelle started her career as a violinist playing in orchestras, and says that experience has proved invaluable in her new role.

“Even though I’m not playing professionally now, having those links, and that training and background, feels very important to me. When I started I approached business through that creative side. I honestly think if you position it right with the right sort of products and partnerships, then money and resources will follow.”

Relocating from East London to Norfolk a few years ago, Michelle says despite the many advantages, “obviously you lose that exposure to cultural things.” She used to go to the theatre or to a concert two or three times a week, but says outside of London you either have to work hard to find it “or set it up yourself.”

Michelle is surprisingly upbeat about funding of the arts, though acknowledges many organisations are still finding things very challenging. In that sense, she says, Cause4’s business is recession proof because “people always need more money to do stuff.”

“What we’re finding is an over-reliance on particular areas of funding, like trusts and foundations, as well as under-confidence in approaching individuals or corporations. I think people psychologically (prefer) trusts and foundations because quite often you’re just filling in a form, and often you don’t even need to speak to anybody!

“The pressure some of those individuals or organisations are under – (plus) the uncertainty – is obviously having an impact. For example, you can be talking to (corporate partners) for a long, long time before you get a Yes or a No, because their own situation is so uncertain – with Brexit or whatever.”

Does she think that smaller arts organisations cannot see the wider picture, that they might be too inward looking?

“They can be inward looking, but also there are a lot of chief executives and artistic directors who are measured purely on financial performance,” she says. “This can lead to a disconnect, where people are spending a lot of time fund-raising – which of course is part of the job – but often they would rather it wasn’t!”

Recently Cause4 has undertaken a storytelling project in partnership with Dr Ben Walmsley at Leeds University. “The arts sector is not very good at making the most of its creative assets,” says Michelle. “They are leaps and bounds ahead of the major charities just in terms of who they are, but often they don’t tell their stories in a creative way. That’s at the heart of our business.”

Another initiative, with data benchmarking firm My Cake, collates available funding data: “There isn’t easily accessible data about where money comes from across the sector, so a lot of the organisations operate in a complete vacuum,” says Michelle. “We’ve taken the information the Arts Council holds about funding organisations and hopefully transposed it to be relevant for people fund-raising.”

“Data is only data, but if you were trying to develop a credible fundraising strategy, it would at least give you a starting point. I do a lot of training with trustees and one of the first questions I ask them is, Where does your income come from? Often they just don’t know. You’ve got to start from the basis of where money comes from in the sector, I think.”

Since 2012, Cause4 has been working on fundraising in the arts (becoming an Arts Council England Sector Support organisation in April last year) alongside its two main partners, the Arts Marketing Association, which seeks to connect organisations with audiences, and the University of Leeds which helps run a summer Leadership school and the Fellowship Programme.

“We were really interested in having a university partner to help with evaluation and thinking,” says Michelle. “The Fellowship programme is so important to us. We’ve trained 65 Fellows now, and some of them are doing amazing things in the sector. It felt like the most important thing we could do, to encourage people into fundraising that have a different mind-set.”

“People running arts organisations have to be artists, strategists, business planners, fundraisers… the skillset that is expected is tremendous, so we wanted to bring a bit more of that generalist approach into fund-raising.”

The model has proved so successful that Cause4’s links with Leeds University have expanded to include regular leadership schools, a collaborative e-learning project, and an internationally accredited Professional Certificate in Arts Fundraising, the first of its kind.

“It’s a really engaged, brilliant partnership. They’re involved in setting up major projects with data and audiences, and we’re hopefully – if that goes forward – going to play quite a big part in its future development.”

Data and audiences offer some measure of success, but how about less tangible outcomes?

“We’ve got quite a complicated evaluation framework as you might imagine. Overall we aim to professionalise fundraising – and the measures for (that) are more credible business plans that can bring in more money. The Arts Council looks for the resilience and confidence that effective fundraising strategies can achieve.”

That word ‘resilience’ can be problematic, arousing suspicion among individuals and small organisations that creativity is purely viewed in broad business terms and that therefore larger arts organisations are likely to prevail.

“My job is to facilitate as much fundraising as possible,” says Michelle, “so I don’t want things to be closed down, but it’s a bit of a shame. I was involved in a project where Tesco Bank wanted to come on-board with central library services, but the services themselves didn’t feel that the association with a bank was appropriate.”

“We’ve got to work hard to break down some of that understanding. What worries me is that people have very strong opinions and quite often decisions can get made just on one individual’s strong opinion. A lot of the work I’m doing is determining a consensus on an organisational position, to take in all views and consider what we actually want to achieve.

“We’ve got to be practical because we’ve got to raise money for the arts sector, but it must also be defensible, so we can stand up for a corporate alignment which others might perceive to be a bit difficult.”

In the Roman Circus of arts funding, some contestants are better at generating income than others. Perhaps this latter group, those either alienated or confused by the entire process, have most to gain from Cause4’s guidance.

It is an area Michelle, wearing her Arts Funding and Philanthropy hat, is keen to explore in collaboration with the culture vulture. Further details of the organisation’s work can be found here. If you would like to follow this story as it develops, subscribe to our newsletter for announcements of any future events.