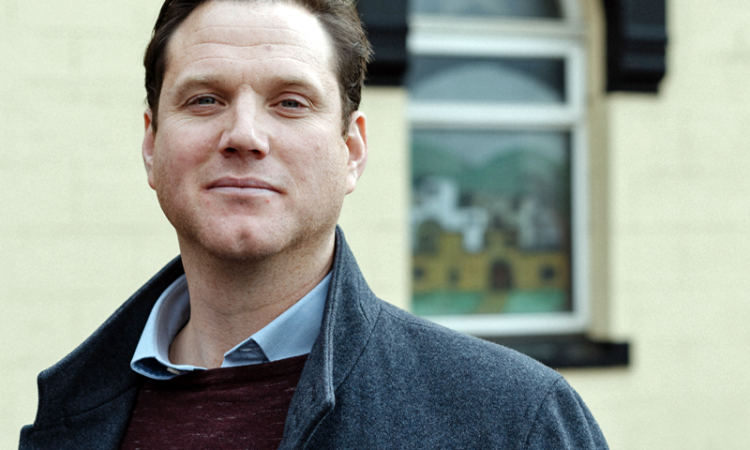 Acclaimed theatre company Slung Low’s new venture as a Cultural Community College starts a second term this month. ALAN LANE talks to CATHERINE SIMES about the joys of learning new skills. Just don’t ask him to pull you a pint!

All courses and classes at Slung Low’s Cultural Community College are Pay What You Decide. Free at the point of use, only after you have taken part, do you decide how much you think the activity is worth.

The success of the venture’s first term means Slung Low’s Artistic Director Alan Lane is encouraged by the response to the new courses on offer.

“The first term was really successful,” he says, “and the second term appears to be even more popular, with a lot more people signing up from the Holbeck area.”

“Thirty per-cent of our audience and participants have always been from LS11, which is great, but we felt that we could do a bit more.”

Slung Low’s recent move to its new premises at the Holbeck Social Club in South Leeds has increased take up and interest. Many classes are already fully booked.

“We’ve had ten times the number of people from Holbeck signing up for the college courses since we’ve moved to the club.”

A series of ‘Big Ideas’ will feature artists such as poet and broadcaster Ian McMillan and author Adelle Stripe sharing their passion for their work.

“People were very keen on the cooking courses and on the fire eating,” says Alan. “It’s also really pleasing that the CPR and mental health first aid courses have proved so popular. I think people are really excited to learn new things. It’s not a pure act of cultural democracy, but it’s as close as we can get it at the minute.”

In an age where funding for arts and culture has suffered some of the heaviest blows, it feels even more important that people have access to culture, education and training. The ethos is all about learning for learning’s sake.

“I think one of the things that builds confidence is learning new things,” says Alan. “It’s certainly what we found as a company and what we found in the College’s first term.”

“And I think we need a kinder society.”

Slung Low’s move to Holbeck took place only four weeks ago. The Social Club’s members continue to run the bar – “It’s a real community-owned asset” – while Slung Low has taken over day-to-day management of the premises. Open to the public, now anybody can pop in for a drink.

It has been a steep learning curve though, says Alan.

“We’ve just had our first long weekend with a number of private events, as well as the football. All these things coming together taught us a lot. We ran out of crisps at some point on Saturday evening and real ale on Sunday morning. The other day I pulled a pint of San Miguel and I got through about four pints before I finally had one that people were happy with. It’s good for the soul to be rubbish at something.”

Making the most of venue’s unused spaces has also been a priority. Some of the renovations have included a new stage, and performances began there last Sunday. There are plans to bring cabaret back to a club which once hosted Ernie Wise.

The College has funding for four years. “The idea is that it becomes more and more responsive to what the students want to do,” says Alan. “There are some great models about people becoming really engaged civically as a result of learning. Yorkshire has always been a real hotbed of people who look at things differently and for radical thinking.”

In a world where life is lived online, actual participation, affordable adult education and genuine connection feel like radical acts. The success of Slung Low’s Cultural Community College suggests there is an appetite for more of the real thing.

Courses take place at The Holbeck, Leeds, LS11 9QX. More information about the Cultural Community College and Slung Low can be found here.