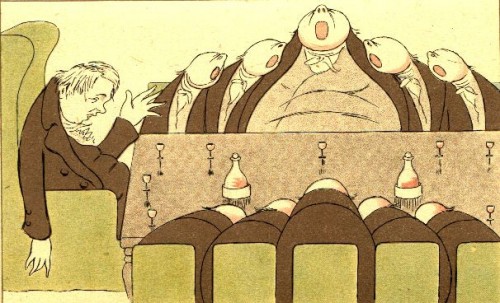 What makes a good blogger? Not that I’m one to judge, I’m just curious about the Blog North Awards. Who should we nominate?

The argument that blogging is about airing personal opinion, a kind of journalism without tears (expressed most cogently by Richard Horsman in the comments on an earlier post) I don’t find convincing. Opinions range from statements of the bleedin’ obvious to the wildest conspiratorial delusions, so I’m not sure what the criterion would be if we judged on opinion solely. Would we be judging on sense and sanity – meaning whatever confirms our own viewpoint – or on entertainment and shock value, giving top marks to the person who could come up with the best story about where Neil Armstrong spent his famous summer holiday?

The personality argument makes quite a bit more sense, initially at least. A blog expresses personality. The best blogs are the most authentic, sincere, honest voices, the ones that seem most real. It’s an idea that’s been around a long time before the internet and draws on themes that were developed to make sense of personal essay writing in the English speaking world over the past few centuries. If you read Virginia Woolf’s The Modern Essay, written about ninety years ago (actually read some of the other essays on that site too, they are good fun) she could have been writing about blogging today.

She was meant to be reviewing a five volume anthology of essays written between 1870 and 1920 (they are online and worth a look, and the guy who selected and introduced them, Ernest Rhys, was an interesting character if you are interested in the history of publishing.) The essays are a kind of shortlist of the best personal writing of the time. Woolf waffles on quite a bit – her style is hard work for today’s taste – and she doesn’t really get to her point till halfway through when she’s talking about Max Beerbohm, who she considers “the prince of his profession.” What makes him special was that he didn’t lecture at his readers or try to inform or educate them from a place of superior knowledge, he talked to them in a conversational voice. Readers felt “familiarly addressed by a voice which seemed to belong to a man no larger than themselves. He was affected by private joys and sorrows, and had no gospel to preach and no learning to impart. He was himself, simply and directly, and himself he has remained.”

She says that “the spirit of personality permeates every word that he wrote.” And I’d agree. Beerbohm had the knack of writing like he would talk, about things that it’s normal to talk about (well, normal if you are a sophisticated, well educated, super intelligent member of the upper class, but that’s a different question.) What makes this a little more complicated is that she also notices that “that we do not know whether there is any relation between Max the essayist and Mr Beerbohm the man.” Max may have been the most personal writer ever but he wore masks, played about, had fun. In fact the first thing he ever published had to be reprinted with a disclaimer saying that the author was in fact having a laugh.

Woolf compares Beerbohm with some of his more worthy contemporaries who do not write so well, and “is nauseated by trivial personalities decomposing in the eternity of print.” They come across “not with the natural richness of the speaking voice, but strained and thin and full of mannerisms and affectations, like the voice of a man shouting through a megaphone at a crowd on a windy day,” which still seems to me to capture perfectly the tone of the majority of blogs I’ve come across.

I think Woolf’s was right when she characterised Beerbohm’s writing as “the triumph of style.” Blogging is the same. It’s not just the venting of opinions or the emptying of the personality directly onto the page; and far too many blogs are simply splurges of undigested matter that’s been festering in some dark, airless recess of an uninteresting mind. It’s a craft, and whatever personality is revealed on the page is composed and shaped rather than simply and directly expressed.

I’m going to leave the last word to Virginia Woolf. She’s not much help in nominating anyone for an award (and I’d like to know who you are all going to vote for) but she sums up what I’ve been feeling over the last few days of reading an inordinate amount of bloggage:

“To write weekly, to write daily, to write shortly, to write for busy people catching trains in the morning or for tired people coming home in the evening, is a heart-breaking task for men who know good writing from bad.”