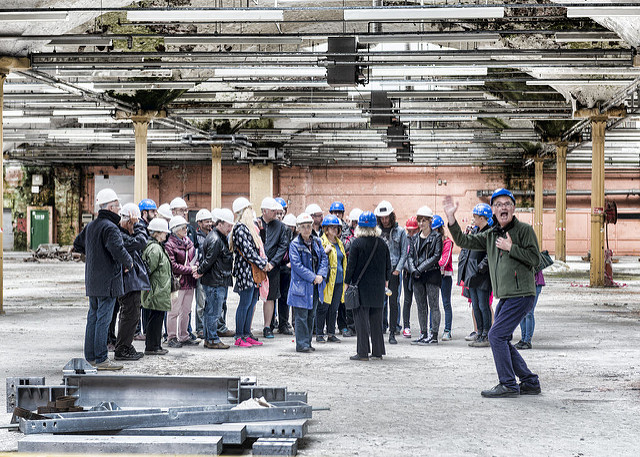 It’s not often I find myself agreeing with anything written about Temple Works in the Yorkshire Evening Post.

This is mainly because the Yorkshire Evening Post barely recognised the existence of Temple Works until very recently. I don’t recall a single mention of anything going on in the building in the seven years I was based there (I don’t think they even mentioned us when we were involved in Frankenstein’s Wedding, the biggest outside broadcast the BBC ever did outside London – and we hosted the BBC, actors, directors, cameramen and props for over four months. I was there when they filmed this glorious dance scene.)

So it was nice to read Aisha Iqbal’s piece last week explaining why she felt a bit miffed about the news that the old place has been put up for auction with a reserve price of a quid. She quite rightly sees this as a bit of an insult to local pride. The invisible hand of capitalism clouts us in the face, sticks two fingers up, and skips off all the way to the bank.

I agree with most of what Aisha says. Maybe not the bit about knocking the building down and replacing it with something “new, imaginative and iconic.” Not that I’m against the bulldozer approach to heritage headaches – ruins are definitely overrated – I’m just not as complacent as she about what would replace it. Certainly it would be new. Imaginative, however? Have you looked around Leeds recently? Imagination is in short supply. And, as for iconic… you can’t build iconic. Iconic is something you cannot plan or predict. Iconic is an historical accretion, slowly creeping up on a building, a cultural narrative produced beneath a city’s conscious conversations. Iconic isn’t part of an architects computer aided design package.

But apart from that minor quibble I think Aisha voices what many of us are thinking.

Until right near the end of her column, that is.

She rightly points out that the repair bill to make Temple Works safe and fit for use would be £20 million, give or take the odd few million.

She correctly points out that the council don’t have that kind of cash. Plenty of people in the council have worked tirelessly (and thanklessly) behind the scenes to promote and protect the building. Nobody blames the council for the current cock up.

And Aisha mentions that the building was occupied as a successful arts/culture/heritage for the past seven years, managed by “a team of utterly devoted people who ran it as a social enterprise did so purely out of passion.”

Aisha’s probably a bit over-complimentary regarding the stuff that went on in Temple Works. There was a lot of simple-minded fun too. 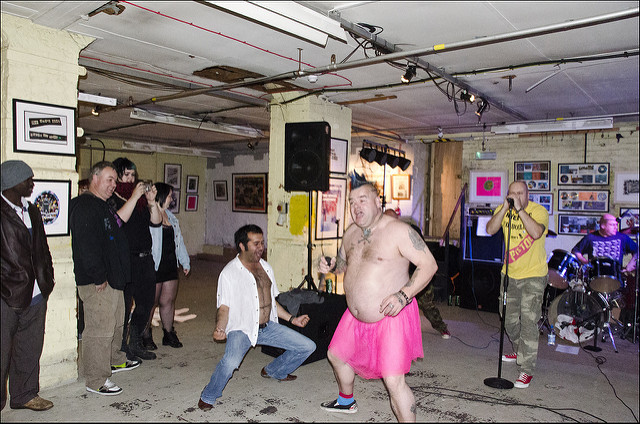 But it was an experimental space, and as one of the most “devoted” to Temple Works I’m quite happy with that.

I worked in the building for 7 years. I wrote something for the first major event at Temple Works Leeds, and I became part of the pretty anarchic collective of people who organised the cultural program and also looked after the place. I led over 500 tours of the building, always ending up on the roof. 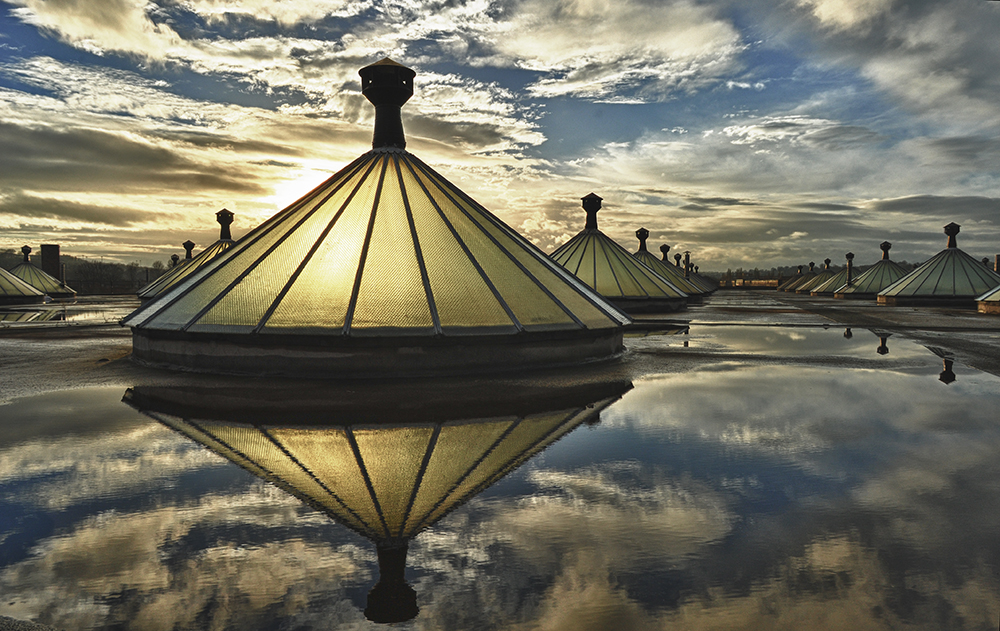 Ask anyone who went up here, it’s an amazing place.

Everyone involved in Temple Works gave huge amounts of free time to the project, whether putting on events, helping out at fellow artists shows, or general maintenance of the vast and difficult space – you wouldn’t last long in Temple Works if you were afraid of a mop and bucket. Freely given time and elbow grease kept the place going. 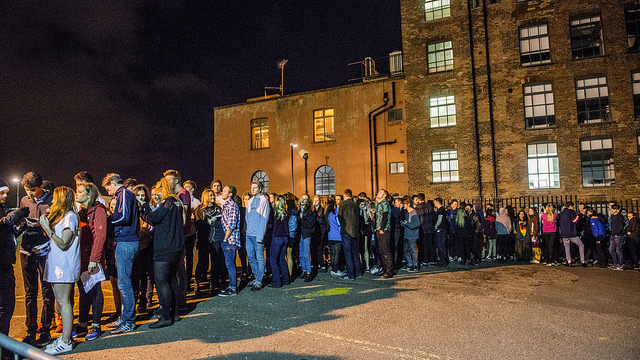 If you want a piss up organising, and you have a Grade 1 Listed brewery going, then your best bet is a bunch of artists. You’ll get the best piss up money couldn’t buy.

If your Grade 1 listed brewery is on the English Heritage Most in Danger list, however, and has a repair bill somewhere around 20 million quid, I wouldn’t really be shaking the collecting tin in the direction of artists, film-makers, writers, actors, academics, musicians and hackers.

They can make magic happen but they can’t work miracles.

And this is where I think Aisha gets it dead wrong.

Expecting this group, or something like it, “to take a leap at next month’s auction” is simply fantasy.

Temple Works needs serious money. Serious money is a skill most artists do not possess (though a couple of us have been toying with the idea of contacting Damian Hirst – he’s not short of a few quid.)

Temple Works is a bit like a bedridden favourite granny. People love her, visit regularly, keep her company, bring the odd bottle of Sanatogen and a slice of Madeira cake on a willow pattern plate, fluff her pillows, empty the commode, talk about the old days, turn off the gas fire at the end of the day, and make sure she’s taking her meds. But what the old dear really needs is open heart surgery, a liver transplant and a hip replacement. All the devotion in the world isn’t going to make much difference to the prognosis.

Maybe all that devotion was just postponing the inevitable?

And the auction? Basically that’s just switching the life support off.

It’s brutal, and unceremonious, but these are the times we are living in. Merciless. Pitiless. Unsparing. We have to recognise this.

Aren’t we deluding ourselves if we believe any different?

So, maybe it is time to bury Temple Works, not to praise it.

Happen it’s best to pull the plug and give the old place a decent send off. There are twenty million reasons why Temple Works won’t be at the centre of Leeds’ bid to become European Capital of Culture. There’s not a crowd big enough.

I know plenty of people who could organise the best wake imaginable though. Shall we start planning the party? I’ll put Aisha on the guest list.