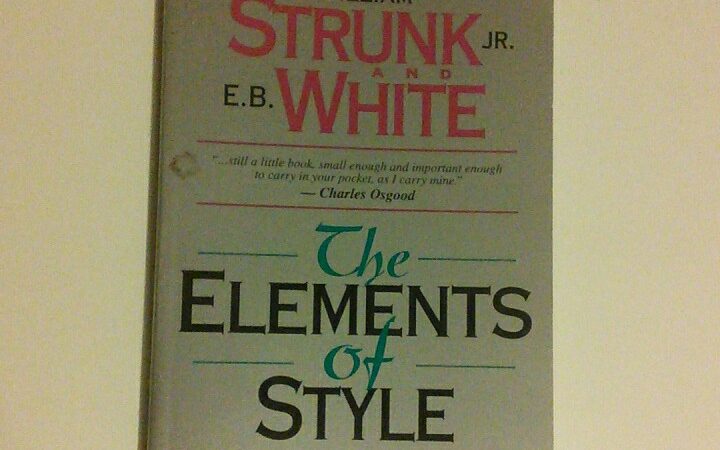 For a few years after I’d first gone freelance I was hired by a local council to run training workshops on “Customer Service Relations.” This was an immodestly lucrative arrangement for me and I could not believe my luck. I met some marvellous people and had a lot of fun, but I could never see what value I was adding. My advice made no difference.

This was, I’ve come to understand, for two reasons. Half the people who booked on these sessions came voluntarily. They loved the job they did, were enthusiastic about learning, keen to explore how to improve their skills, and had probably forgotten more about Customer Service Relations than I could ever teach them. They were brilliant. My performance with flip chart and felt pen probably entertained – I really worked on my Maslovian one-liners and client-centred quips – but it can’t have taught them much. They’d have been as well spending the day down the pub. Or playing paintball.

The other attendees hadn’t booked. They weren’t there out of interest, or even the understandable desire to escape the daily drudgery and spend a distracting few hours frustrating a minor figure of authority, taunting him with extravagant disdain. They’d been compelled to attend, most owing to a bad performance management appraisal but many referred by a line manager after an incident of insubordination or challenge to the status quo.

“T’boss is a bastard and most of ‘us customers are fuckin’ twats”, as one chap memorably put it on the feedback form he was made to fill out. “And you were shite,” he added, next to his score of zero out of ten in the column, Rate Your Trainer’s Effectiveness. He was a bin man who had recently taken part in industrial action and fought a spate of disputes over pay and conditions. His line manager deployed Customer Service Relations training as a tactic in the class struggle; empathy over solidarity, negotiation not the picket line, Carl Rogers rather than Karl Marx.

What good was Customer Service Relations advice to him, or to the guys who just wanted to go to work, get it over with, and collect a pay cheque at the end of the month?

I’m beginning to think the same applies to the teaching of writing.

Ever since we set up The Culture Vulture I’ve been ready and eager to dispense advice about writing, from correcting and commenting on every piece of prose we publish, to running workshops for bloggers, one to one coaching, and more recently speaking at university departments that recruit students who want to learn to write better. I wish I could say we’d had an impact. But it is astonishing how much bad writing still comes our way when so much good advice is there to be had.

Some of the problem is in the advice itself. Take this, the single most famous piece of writing advice from the most widely read and revered guide to writing, Strunk and White’s, The Elements of Style: omit needless words

Many writers I know have these words by heart (I do!) and I know why my co-editor Neil pushes this little book whenever we talk to students. This is cracking writing. Every sentence stings, like being flicked with a cold, wet towel, again and again. But wait a minute. Think about it. How like a drawing is a sentence? And what makes it a machine?

This reminds me of an old stand up routine where the comedian (Kit Hollerbach I believe) tells a story about how she was asked if she had any spare change; “How should I know?” she said. “How do I know when I’m done?”

Same goes for words in sentences. How do you know when you are done? And when is too much? What do you omit, and why?

The main problem with the writing we get sent on Culture Vultures is this; the writer takes a Supermarket Sweep approach to composing a sentence, running along the aisles and piles of words, searching for the most expensive produce, knocking random items hectically into the sentence cart, only stopping at the checkout when the full stop buzzes. The sentences are full to overloaded, but it’s nappies, inflatable bananas, cough sweets, tinned peaches, sellotape, a jar of beetroot and a frozen turkey. It’s impossible to work out what’s on the menu for tea – I wouldn’t want to be invited around – because it’s all been done without a shopping list or even the haziest plan. And without knowing what sort of sentence you are cooking up – is it a casserole, or a pie, or some kind of kebab? – how do you know what to omit and what to include? Some of the stuff we get sent contains rat poison. And Happy Shopper spam.

And the worst thing about this sort of writing, it makes the reader responsible for putting together dinner.

Writing ought to be inviting. You invite someone around to yours for dinner, it’s you should do the work. That is the deal. You don’t just leave a pile of ingredients on the kitchen table with a note to guests saying “tuck in”! You clean, you chop, you prepare, you blend, you stir, you taste, you add more salt, a smudge of tomato paste, basil leaves and a sprinkle of pepper and you taste again. It takes time and care and attention. But it is the only way to make something worth savouring.

Joseph Conrad once said that the best sentences were served up hot and straight from the oven. They had a “shape and ring” to them.

If your writing has the shape and ring of a box of cabbages dropped down the cellar stairs, all thud and splat and dull commotion leaving behind only the faintest stink in the nose and dust in the air, then maybe that’s saying something. Or nothing at all. Nobody will want seconds. Leftovers will stay left over.

Cooking up good sentences and combining them in a saucy paragraph isn’t something you can learn from a book of advice. Strunk and White can tell you about weights and measures, what temperature your oven should be, and how long to marinade the olives. But it’s not going to get you a Michelin star. And it’s probably not much help in Customer Service Relations either when someone complains about the fly in the soup.

Before you send us stuff check the recipe. Stick your finger in and taste it first. Ask your friends to sample a spoonful. It’s good to share, but make sure it’s edible first.