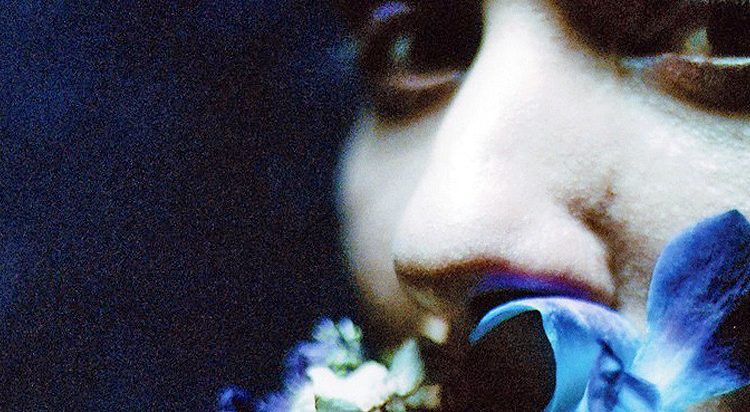 Circuit des Yeux’s Haley Fohr describes the ‘middle-waged’ household in which she grew up in Lafayette, Indiana as ‘chaotic.’ With two other sisters and just two bedrooms between them, there was “very little room for privacy,” she says.

When both her parents were not working full time jobs, they were ferrying their daughters between music lessons and school activities. “There was a piano always available in the living room which someone would inevitably be banging on at some point in the day,” Fohr recalls. “The sounds of my childhood are this piano with the classic rock radio station in the background.”

That tension is discernible across the multiple albums and singles the artist has released as Circuit des Yeux since 2007. Fohr sings with a rich Stygian baritone which bubbles up through the molten translucence of her music. Her startling voice has been likened to Nina Simone’s and Scott Walker’s, though her song writing – a heady gumbo of lo-fi folk, blues, jazz, electronica and My Bloody Valentine style dissonance – defies any such easy mathematical equivalence.

She told Justin Spicer of TinyMixTapes her inspiration was ‘generally either angst or despair. When I feel oppressed and angry my intuition is to be loud, abrasive and hard to handle. I used to really get off on making people feel uncomfortable.’

Appalled by the music industry’s treatment of women, she made herself the promise when she moved to Chicago in 2012 that whatever she did musically, it would be as a creator. ‘It has taken me twenty three years to finally recognize that music is not my occupation, but my religion,’ she told Spicer.

Circuit des Yeux was invited to compose a new score for Salomé by Jo Nockels, Project Manager at Opera North who calls the coming together ‘a dream combination’. The latest in a run of such commissions, the invite prompted Fohr to “dive deeper into the fascinating story behind (the) film.”

Produced by Hollywood diva Alla Nazimova, at one time MGM’s highest paid actress, the film bombed on release amidst rumours of decadence and scandal. Nazimova, and her director George Bryant, had allegedly employed an all-gay cast by way of homage to Oscar Wilde. Where the notorious biblical tragedy had troubled his own career, it now destroyed Nazimova’s.

Rediscovered in the seventies, Salomé influenced a new generation of visionary directors including Derek Jarman who saw in its lavish Aubrey Beardsley inflected design an absurdist metaphor. Nazimova’s ‘folly’ has subsequently been reclaimed as a classic of Queer cinema, restored to grace as one of Hollywood’s earliest art films.

“That’s kind of a silly award to give,” says Fohr, “but nonetheless it grabbed my attention. I always admired it for the eye candy; the stage design and costumes are exceptional.”

Fohr says she was able to mute the biblical origins of the story. “I … clearly see a modern context and new commentary,” she explains.  “I see Salomé wrongly depicted as a femme fatale, a misogynistic trope used for over a century.  I see (her) writhing in discomfort, yearning to be heard, but instead trapped in the wake of the male gaze … a young female dangerously avoiding the heavy weight of desire.”

“When I see Salomé, I see myself,” she adds, suggesting the experience has been a transfigurative one, as well as cathartic. The resulting score is “very dissonant, extreme and dynamic … perhaps my most challenging composition to date.”

The modern resonances are all too clear. “Here we are, in a setting staged one hundred years in the future, but this story – this mythological one-sided conversation based on power and greed – is still the act we are playing out.”

Quite what audiences will make of Circuit des Yeux and Salomé remains to be seen. Fohr ends our interview with a quote from another of Wilde’s works, The Picture of Dorian Gray: ‘To define is to limit.’

Circuit des Yeux performs a new soundtrack for Salomé in the Howard Assembly Room, Leeds on Saturday 12 May and at the Barbican on Wednesday 16 May.