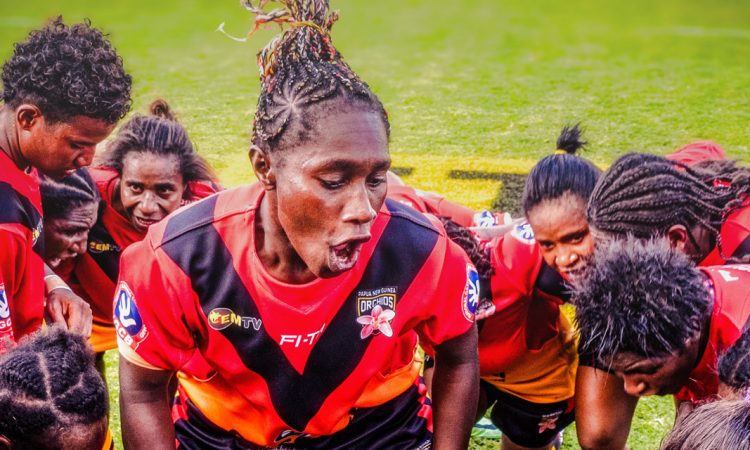 The change starts with us. Joanna Lester’s powerful documentary Power Meri tells an inspirational story of achievement against the odds. ANNA CALE finds much to celebrate.

Rugby League is the national sport in PNG. A love of the game is the most common language spoken, it unites communities and provides hope and opportunity for many.

But this is a country where women are not treated equally. The establishment of a national team challenges perceptions of women within traditional communities, where they face prejudice on a daily basis. Women lack access to education and opportunities, and there are high levels of gender-based violence.

Power Meri explores how the women playing this male-dominated sport in the public eye for the first time could change mindsets in a country where the status of women is one of the most troubling in the world.

This is more than just a sports documentary, it’s a very human story of triumph over adversity and a beautifully crafted film. Every Orchid girl has a story to tell. We live their emotional journeys of self-discovery with them and share the ups and downs.

Emotions run high throughout. As the film documents the action on the pitch, it builds tension and edge-of-your-seat suspense worthy of any fictional film. The absolute pleasure on the faces of the players as they score their first competitive try is a particularly joyful moment. The physicality of the game, and the raw emotion of the journey the players take over the course of the film, are equally matched on screen.

The community reaction to their endeavours on the world stage is subtly yet effectively conveyed through snippets of social media chats and Facebook comments, a communication tool that has added social importance in PNG.

Playing for the Orchids has given the women confidence and the chance to dream. The personal stories add weight, but they also underline the importance of the bold move to establish the team. The sense of empowerment and togetherness within the team, and the support around them, gives us hope for permanent change for women in wider society. There is a powerful message here about what sport can do for people and communities, but the legacy for PNG and attitudes towards women in society, is yet to be seen.

This is a film with real heart. It has a powerful message, but it still entertains and demonstrates the strength and emotion of the sport it strives to showcase and champion. It’s rare to see a film that captures so eloquently the power of sport to inspire people and be that catalyst for change.

Power Meri is available on limited release. Anyone can host a screening in their community or nearest cinema by making a request on the Website