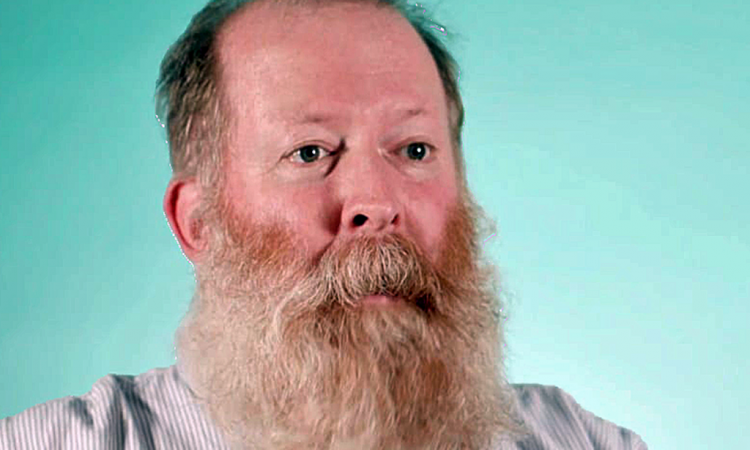 JIM PARKYN, senior model maker and animator at Aardman Animations, recently appeared at Leeds Young Film Festival. LOUIS HELLEN meets one of the creative minds behind Shaun the Sheep and asks, What next?

At the Leeds Young Film Festival last week, Jim Parkyn talked about his career
from sculpting beaks, cheeks and chicken bums for 2000’s Chicken Run to working alongside Academy Award winner and Aardman-founder Nick Park on Wallace and Gromit: The Curse of the Were-Rabbit. The same age as Morph, Parkyn has worked off and on with Bristol-based Aardman Animations for almost nineteen years.

Parkyn has always been creative. At school he loved art, but became disillusioned with how the subject was taught. Instead of A levels, he took a BTEC in Art and Design: “I learnt all about textiles and graphics, eventually settling on product and toy design.”

By a stroke of luck, artist Simon English was teaching a course in video at the same college, and offered students the extra-curricular sessions in animation and pixilation techniques. It was English who recommended Parkyn should undertake a degree in animation – “I thought to myself, Why would I want to study anything else?”

Parkyn enrolled at the University of South Wales in Pontypridd: “I got myself a literal Mickey Mouse degree.” The first Toy Story was released while Parkyn was in his undergraduate year’ While many of his classmates went down the computer-generated animation route, stop-motion was always the one for him.

“I was about 13 when A Grand Day Out came out. My childhood was a very formative time, I saw the likes of The Trap Door and Morph. I like to get my hands dirty really and with stop motion you can go to an exhibition and see a Morph or a Gromit in front of you. You don’t get that with digital.”

Parkyn describes working on Chicken Run as “a bit rock and roll.” There were relentless paparazzi trying to photograph models in the Aardman studio, as well as people rooting through bins in search of some of Mrs Tweedy’s pies. “It was a thrilling experience.”

With Shaun the Sheep: Farmageddon now in post-production, Parkyn’s work is mainly taken up with promotional appearances, as well as the Aardman Academy. Established in 2013 it offers students a pathway into the growing animation industry. For LYFF, Parkyn talked about how to become a model maker or an animator, as well as giving some insights to the job.

Aardman recently became 75% employee owned. “We put our money back into our work, everyone at Aardman, owns part of the company, so we get a say in the future.” However, being a freelance animator is not without its struggles. Parkyn describes it as “varied but precarious.” He doesn’t get holiday or sick pay, so “time off is time not paid.”

Despite the hurdles, Parkyn loves his job, collaborating with other artists and filmmakers. It ensures his work is always new and refreshing. He sees the workshops as opening up the doors: “it’s important to demystify some secrets of the trade.”