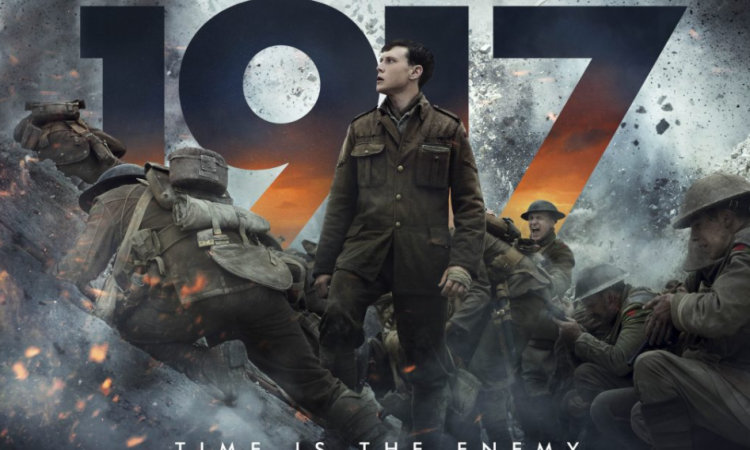 Sam Mendes’ award winning film 1917 is a technical marvel. But, so what? says IVOR TYMCHAK.

As a film student, I was required to read many books about the history of film and watch many old films. One of those films was Citizen Kane – produced, directed, acted and co-written by Orson Welles (the show off).

Citizen Kane has often been described as the greatest film ever made. If you watched it today you’d probably find it tedious. I certainly did.

How can the greatest film ever made not find universal approval with audiences through the decades?

Here is one explanation.

In Citizen Kane, there is a scene that starts off on the roof of a building with a lattice sign on it and a skylight. It’s pouring with rain. The camera tracks towards the sign, goes through the middle of it, tilts down at the skylight and materialises on the other side to show an overhead view of the room filled with the actors.

Today that camera movement looks unremarkable, but at the time it was a technological marvel. It amazed audiences. The film was a breakthrough in film making technique and was (and still is) admired for its boldness of vision.

Except… after watching the scene even as a film student, I asked myself, ‘so what?’ I couldn’t see how the camera going through a sign improved the story in any way. If anything, the unnecessary technical wizardry detracted from the narrative.

And so it is with 1917. I was encouraged to see the film because of all the jaw-dropping comments I read on social media. It must be a masterpiece.

The technical achievement of trying to shoot the whole story in one shot is remarkable. But so what? How does this help the story? In my opinion it doesn’t; it gets in the way of any emotional engagement I might have developed with the characters. After a while I concentrated on where I thought the edits might occur.

I teach presentation skills and if I’ve learned anything from my years of studying successful presentations, novels, comedy routines, sales pitches, adverts (what, you thought presentation was just about speeches?) it’s that everything in the creation has to add value to the end result. If Sam Mendes wanted to impress his film-making friends, then he’s done a terrific job. But if he wanted the audience to be moved to tears over the sacrifice of soldiers in the First World War, then he shot himself in the foot with his technical brilliance.

Let’s not be churlish, some of the scenes are brilliant: the protagonist coming across a burning church then running away from enemy soldiers down a devastated street as white flares burst above him creating dramatic lighting, is a vision of hell that is particularly impressive.

One of the scenes is daft: the protagonist escapes into a house inhabited by a young woman and baby. He takes time out from his do-or-die mission to spend a moment of tenderness with them and help feed the baby (that weirdly, given its hunger, behaves beautifully instead of bawling its head off). Given the jeopardy that the soldier is in, this scene just feels like adherence to film making ideology that demands a certain structure to heighten tension.

The experience of watching the film reminded me of encountering a powerful new technology for the first time – such as a smartphone: everyone is so amazed by the power of it that they don’t stop and ask, ‘so what? How does this improve my understanding of humanity and its need for love?’

When the history of film is written decades from now, I’m sure 1917 will be remembered for its cleverness. Will that be enough though to make audiences want to watch it again?