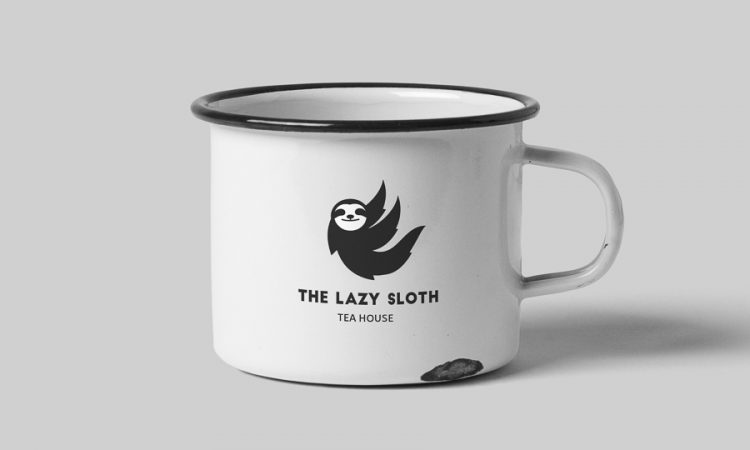 “Hi, I’m Penny. Welcome to The Sloth Lane Tea House. Come in, let me show you around.”

It’s 2.30 on a chilly spring afternoon and I’m with Peg and Clancy at the door of a large, four storey, run down warehouse a mile or so west of the city centre. We’ve come to see an old friend of mine, Penny Halliwell, who I’ve not seen in years. She’d emailed a week ago saying she was back in town and asked if I’d like to come and look round her new project. As it was literally around the corner from where I live I said I’d love to, and could I bring a couple of friends. So, here we were, not knowing quite what to expect.

All Penny had revealed in the email was that she’d left the country in 2006 after a long-term relationship finished and travelled the world – mainly Central America for some reason – to try and “find herself” (her phrase, not mine) and she’d “come home with a sloth” (again, her words) and a plan.

After the introductions were made and pleasantries exchanged Penny asked us to switch our phones off then led us down a narrow, parque-floored corridor and ushered us toward an open door. We entered a surprisingly large, airy and brilliantly lit open space.

“The whole roof had collapsed when we bought the place,” Penny said, pointing upwards. “So we replaced it with reinforced glass. It lets in a lot of light.”

There were a dozen or so trees dotted around the far end of the space soaring almost to the ceiling, an elaborate climbing frame in the centre, and the whole place was landscaped with grasses and rocks and flowers.

“Flora is much more difficult to import than Fauna,” Penny said. “It’s easier to get a license for a sloth than it is for a tree like that,” she pointed at a particularly impressive specimen. “But we wanted to do it right… it took a while, but I think we’ve done it. We’d really love a stream or an artificial lake for the sloths to swim in – you know they love to swim? But maybe that’s too ambitious right now.”

I said that what she’d already achieved was pretty ambitious, and asked, “Why sloths?”

Penny said that she’d first travelled to Mexico to stay with a family friend, Richart Sowa, who she’d known when she was growing up in Middlesbrough. Richart was famous for building islands out of plastic bottles, and Penny had stayed on his island for a couple of years until it was destroyed in a storm. Then she’d travelled south and ended up in Costa Rica.

“I was infatuated with ocelots back then,” she said, “you know, like Salvador Dali. But I soon found out I was allergic. The damned things caused me anaphylactic shock. I couldn’t bear to have them anywhere near me… Then I visited a sanctuary for orphaned sloths, and it was love at first sight. Sloths were what I’d always been looking for. Sloths were it.”

I asked what it was about sloths in particular that attracted her.

“Sloths are perfect role models for a more mindful existence,” she said. “I’ve always burned the candle at both ends, lived too fast and would have died too young. A life of pure distraction. And like most humans – we’re just just bipedal apes rushing around more freneticly than nature intended – I needed a reminder to slow down and appreciate the present rather than racing after and grabbing whatever was dangled in front of me. Sloths are natures zen masters of mellow, taoist sages of slow. We need more sloth in our lives.”

Penny seemed to be passionate on the subject of sloths.

“Did you know sloths don’t sweat?” she asked. “Literally, no sweat glands. They are physically incapable of moving faster than one mile per hour, their muscles are engineered to move fifteen times slower than other mammals. They can live on 160 calories a day, mainly from a lean and green low energy diet of leaves. They have evolved an extra bone in their neck so they can turn their heads 270 degrees…”

“And they look like they are always smiling,” butted in Clancy.

“Just an illusion,” Penny answered. “Facial hair around the mouth has different markings. They don’t smile.”

“What’s your vision for the tea house?” I asked. Looking around it was hard to imagine having a cuppa here.

“We did a lot of research and found there’s nowhere to enjoy a cup of quality tea in a peaceful, tranquil, sustainable environment in Leeds. You can get a coffee. You can get beer. You can indulge in cocktails til the cows come home. But try getting a cup of tea after 5.30. Impossible. We’ll serve the best teas in the North the way it’s meant to be served. In silence. Internet off. Surrounded by sloths.”

I asked if that’s why we had to surrender our phones on entering The Sloth Lane.

“Sloths are notoriously electrosensitive,” she said, “and they really aren’t happy about selfies.

Clancy and Peg asked if they could hold one of the sloths.

“This isn’t the Kitty Cafe!” Penny snapped. “The sloths are for contemplation, not cuddles.”

Penny explained that the tea bar would be on a raised platform, inside a kind of cage, to keep the humans at a distance so the sloths could roam free.

“If a sloth chooses to spend time with the humans, that’s the sloths choice. You can’t force them. We’ll be serving hibiscus tea. Hibiscus is like chocolate to a sloth. They love the stuff.”

Peg asked about the menu.

“Plant based,” said Penny, and handed Peg a mug. “There’s merchandise too. Fancy a poster?”

We thanked Penny for our tour around The Sloth Lane Tea House, said our goodbyes, and headed back out to the less than tropical environment of West Leeds. The Sloth Lane is a work in progress and won’t be open to the public til the summer, but it’s definitely worth keeping a look out for. It’ll be a place to slow down and smell the hibiscus.