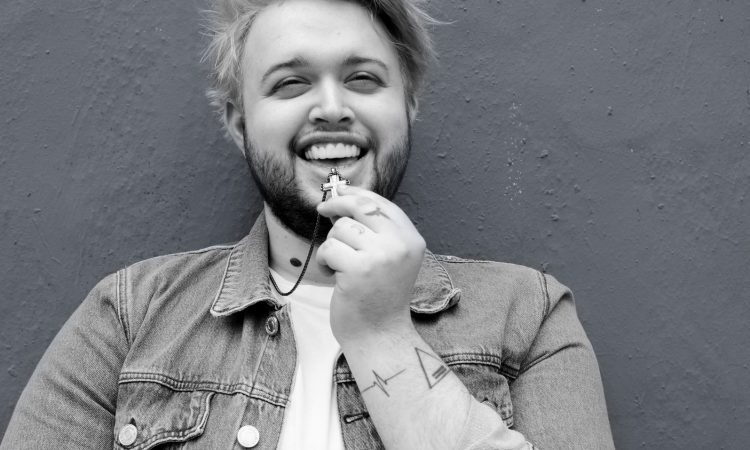 Leeds filmmaker GAGE OXLEY talks to ANNA CALE about his work with Oxygen Films and the importance of creating opportunities for young people to explore their film talent.

A familiar face on the Leeds film scene, Gage Oxley has been integral to the running of the Leeds Young Film Festival for a while, but now he’s making an impact with his own films after setting up his own production company, Oxygen Films.

Oxygen are a non-profit production company which works with young people in Leeds, mainly aged 16 to 25, to make films that seek to present underrepresented stories and tackle adversity. Their productions often focus on LGBTQ+ stories, creating a connection with those struggling to come to terms with their sexuality and identity.

Oxley explains, “We look at homophobia and internalised homophobia, and the journey from coming out to being accepting, denial. Feelings about sexuality are very understood, everyone understands that feeling.”

Oxley himself won a Love Arts Award for his work in 2016 and was nominated in the Role Models category for a National Diversity Award the following year.

The 22 year old’s interest in filmmaking started when he became involved with the Leeds Young Film Festival at the age of eight, joining them as a young consultant, “That’s the first time I realised film was a viable career. When I was younger and watching films, I didn’t realise that was a job that someone did, I thought they just appeared in the cinemas or on TV.”

He remained involved with the scheme until he was 18, before being offered an internship, and eventually landing a full time job as Youth Engagement Coordinator, running the group he was once part of, “A really nice way to go full circle.”

His day job has brought many benefits for his own film production work, “I programme the festival, I do all the social media, I work with guests. I’m passing films or rejecting films as part of my work, and then I go home and find that I’ve been rejected or accepted, and it really helps to understand how it’s all run and managed.”

Oxley started to consider his own writing and directing career about 4 years ago, setting up Oxygen Films with Head of Production Sian Carry and Head of Programmes Eleanor Hodson, “We know how difficult it is for young people to make films and to have actual access to sets and how we learn and grow as filmmakers. We are a collaborative, and we just create what we want to do.”

As a filmmaker, Oxley is entirely self-taught, “I never went to university, I never went to film school. I got to a stage where I was questioning myself though, because I got into this really great academy in America and they offered me a part scholarship, but it was a lot of money even with the scholarship, and I thought do you know what, I’d rather just be on set.”

The last two years have been busy for Oxygen, as they’ve been working on a series of films to commemorate the partial decriminalisation of homosexuality in the UK, which they have called their Odyssey.

The first film, This World We Live In, was released last year and is just about to hit a million views on YouTube, “We did that with £500, a week of pre-production, no planning, we just wanted to get on set and we did it.”

The second film in the series, Pulse, has now hit 2 million views on Facebook, “It went quite viral,” says Oxley, “That was a one-take screen dance film. It has no dialogue in it, and that’s really done well internationally because there’s no language barrier.”

Their latest film, Wretched Things, a feature film broken down into three chapters premiered in Leicester Square earlier this year, a rather surreal experience for Oxley, “I was like oh wow, I’ll have to get a suit! It was quite intimidating.”

After a hectic couple of years behind the camera, Oxley now has time to reflect on his achievements, “We’ve always been in post-production on a film and then straight into pre-production of the next one, so the last few months I’ve actually been able to look up and explore the world and re-evaluate why I’ve been making films, which has been fantastic.”

Oxygen are now working on a new project, after having a bit of a pause, and success has opened doors for them, “Being able to go into these meetings with big organisations, such as Channel 4 and the BFI, it’s nice to be able to have those conversations with the projects that I feel passionate about. It’s felt like having someone in your corner.”

I ask Oxley how they’ve managed to make their films as an independent production company with no regular funding stream, “I don’t know! I do a lot of commercial work, I freelance. All of that money I save up, I don’t touch and put into my film fund.”

But there is a lot of other support Oxygen have managed to tap into, “Leeds is a great city for supporting young people, especially young filmmakers.”

Equipment is one of the most difficult things to access. The company have collected together bits and pieces over the years, but places like Studio12, part of Leeds Libraries, have also been supportive, offering access to editing equipment, green screen and sound booths for example. Oxley raves about the resource, “Young people up to the age of 30 can go there and access that, its brilliant. I’m always signposting people to it!”

It’s that kind of positive ethos of helping people and creating opportunities that motivated Oxley and his colleagues to set up Oxygen Films, “I remember when I was 16, 17, emailing every film studio in Leeds saying “I want to come and work on your set, I want experience,” and them saying because of insurance we can’t allow it, maybe apply back when you’re 18. But then when I was 18, 19 I was getting replies back saying you’ve not got enough experience.”

Oxygen want to give young people the opportunity to access a difficult industry and feel like they can make mistakes early on and learn on a set, “That’s an important part of it. Luckily we’ve been able to do that ourselves, we’ve never been told we can’t do it.”

“It’s nice that even though we’re young people and we don’t have any money, we’re still achieving, and going up against films at festivals that have been made professionally. We’re not appearing as less than, just because of our experiences and our circumstances. We are being taken seriously.”

There have been some impassioned reactions to their work, but Oxley sees that as part of the learning process, “Film is supposed to make people feel, if we’re doing that, even if they feel negatively, that’s a reaction to something we’ve created. It’s important to reflect on things and realise that art is subjective.”

Oxley loves working with younger filmmakers in schools and communities, encouraging them to find their voices, “It’s really nice to have their voices in their films and it’s authentically youth. Film is like a language, and it’s universal, and I think a lot of people don’t realise how smart young people are, and how quickly they grasp things, and how able they are to share their voice.”

Encouraging that dialogue is a vital part of Oxley’s work with Oxygen Films, “We are terrified for our future as young people, that’s our voice and we want to bring that into our work, and be as loud as possible about the stuff we feel passionate about. We’ll carry on pushing buttons and getting our voice heard.”

Further information about Oxygen Films, including links to their films on YouTube, can be found here.