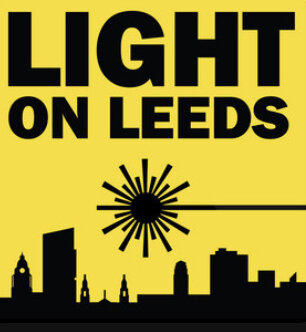 I’ve long argued that Leeds is a city of debate. A recent addition to the city’s discussion culture is the Light on Leeds podcast, which aims “to interview the great and the good of the city.”. I interviewed its creator, Hazel Millichamp, to find out more about it.

When and how did Light on Leeds come about?

I moved to Leeds about 18 years ago and fell in love with the city straight away. I was so impressed by how much is going and how many things you can get involved with. I spent a lot of time telling people how much I love Leeds.

I went to Taiwan to teach in 2018 but had to come back early and was feeling very low. I decided at this point that making a podcast all about my favourite city would be a great thing to do and might stop me banging on about it to other people. It didn’t but at least people can now choose whether or not they’d like to tune in.

I thought it all out for a while and produced my first episode May 28th, 2019. At first I was recording in a studio but that all fell apart. After that I recorded from my home and guests were welcomed to my home. I spilt up with my partner who had done all of the technical side, editing etc and managed to find a couple of good people to help me with that side of things.

Covid burst onto the scene and “I thought, oh well, that’s it. It was a good run.” But a previous guest gave me some tips on how to continue online, so I did.

I lost my last free producer last year and I thought “That’s really it now.” But I refused to stop, I thought to myself “How hard can it actually be?!” and I taught myself how to edit my shows (thanks YouTube!) so now I do it all myself.

What have been the favourite things you’ve you learned about Leeds that you didn’t know?

I have learned so much! Chris Nickson told me about a wire system they had that led from the City Varieties to The Horse and Trumpet so that performances could be pumped into the pub.

Joe Williams from Leeds Black History Walks told me all about Pablo Fanque the first black circus proprietor – immortalised in the Beatles “Being for the Benefit of Mr Kite” and buried in Leeds.

I would absolutely love to interview Marcelo Bielsa or Kalvin Phillips as my son is a huge LUFC fan but I doubt that will happen.

You ask three questions of your interviewees – What is great about Leeds? What is not so great about the city? And, what’s their hidden gem? – What’s your answers to these?

It gets said a lot about Leeds but I love the friendliness and the diversity. I worked as a School Business Manager at a school in Beeston for a lot of years and I learned so much about cultures other than mine and met some amazing people. Leeds people will chat to you about anything and everything and I just feel that there is never a dull moment.

If forced, I would say that the public transport system does not spark joy in me. Again, this comes up most often as an answer to that question. Also, as much as there is a lot going on in Leeds it can sometimes feel very disparate – the little hubs of activity are spread out and it would be good to have more connection between them. Hopefully Leeds 2023 might help with this.

As for hidden gem, my favourite place to eat is Ciao Bella on Dock Street. Anyone who ever visits me in Leeds is taken there.

How do you see Light on Leeds developing in the future?

I don’t feel like I will ever have covered everyone and everything people are doing and I’d like to continue with that. I have some ideas for bigger projects milling about around, so watch this space.

If anyone knows anyone who would make a guest or who would like a track featuring on an episode, do please get in touch: here

For more about Light on Leeds, including interviews with dozens of the region’s cultural movers and shakers, visit: www.lightonleeds.com/