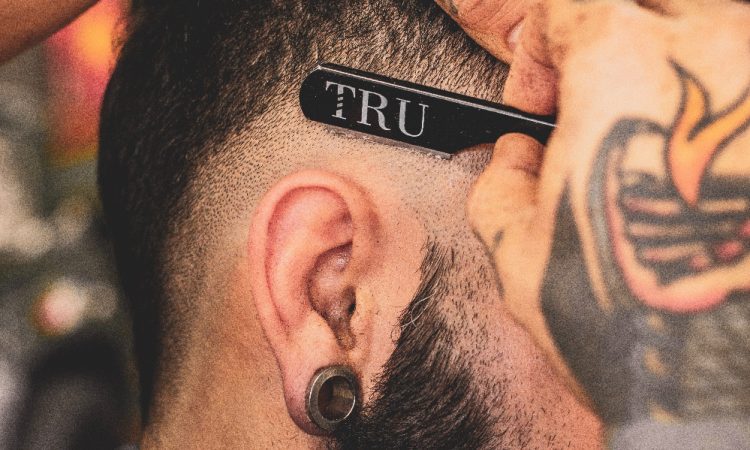 Capitalism is a cut-throat business. Just look at the cut-throat razor to find the evidence.

Shaving with such a razor is a risky business. Gangsters don’t carry them around because they might suddenly feel the need to get rid of a five o’clock shadow while waiting for someone in the middle of a Glasgow street. They needed taming.

The invention of the safety razor in 1904 therefore was a significant improvement in shaving technology. You could even allow a descendant of Sweeney Todd to groom your face without worrying too much about unwanted exsanguination. Capitalism was doing its job: improving efficiency and quality for the masses while rewarding the creator of the product.

Now my early adulthood involved use of the safety razor and I have empirical evidence that it frequently nicked the flesh causing ruby-coloured jewels to populate my jaw. But then, seven decades after the first safety razor was introduced, the twin-blade razor was developed. This was revolutionary: not only was the quality of the shave improved but the likelihood of cutting yourself was reduced to practically zero. The shaving razor had been made perfect.

And this is where the razor should have remained forever – you can’t improve perfection. But capitalism is a cancer: it has to keep growing no matter what the cost. And so some developer in one of the razor manufacturers came up with the lazy idea of adding another blade.

Now, I’m not sure how this particular trick was pulled off— maybe it was powerful marketing and or the sheer novelty of the idea, but the public moved away from perfection and bought the triple-blade razor in sufficient quantities to excite the manufacturers. The profits must have grown like, er, cancer.

The only innovation left open to shaving technology appeared to be more blades. But this is like the ‘more guns’ argument in America: i.e. stupid. More blades do not equate to a significantly better shave, no matter how much lubricant or vibration they try to apply to them. The only true benefit they afforded was to the manufacturers bottom line.

Needless to say, I stuck with perfection and continued with the twin-blade razor. But years back, a strange thing began to  happen; twin-blade cartridges got harder to find. The usual high-street outlets only stocked multiple blade systems (five was the greatest number of blades I encountered). Eventually, I had to order twin-blade razors online from obscure outlets. My shaving experience also suffered. After four or five shaves the blades started to pull on my skin whereas in previous years I recalled them gliding effortlessly for weeks at a time. It was almost as if the manufacturers wanted to get rid of the perfect shaving technology.

Why? We can only conclude it was because it didn’t make sufficient profits. That’s the dangerous thing about capitalism; it will kill a perfectly good idea if it thinks it can make more profit elsewhere.

I’m now down to my last half dozen twin-blade cartridges (I’ve increased the number of days between shaves in an attempt to increase their longevity) and so when food shopping I’ve started to idly inspect the men’s grooming aisle in supermarkets. I’ve pretty much resigned myself to accepting some hugely expensive, technologically advanced shaving system that quickly becomes troublesome because (who saw this coming?) bristles can foul its delicate mechanism after a couple of strokes. I sometimes look with the glee of a spoilt child hoping to stumble across an outrageous toy in the form of a six-blade system and sometimes in the vain hope of spotting a forgotten rack of twin-blade cartridges.

It was during one such inspection the other day that I noticed something remarkable hanging from a rack. It was a small, flat, rectangular packet that looked nothing like a typical cartridge. It had the figure 10 printed on it which suggested it contained said number of items. I checked the small print – bugger me, it was a packet of ten single-blade razors. What the hell? I suddenly felt like Marty in the film Back to the Future.

Is this some new geeky, retro fashion to sit alongside vinyl records and film cameras? Why was technology going backwards? Have people finally sussed the scam that razor blade manufacturers have been running for decades? Or are the manufacturers hoping that bearded hipsters will be attracted to the nostalgia of stropping a leather with steel? No, sorry that’s going too far back in time, we’ll have to wait for a later addition to the Back to the Future franchise.

For a moment it gave me hope that the twin-blade cartridge is going to make a comeback. I’ll just need to give it another ten years perhaps.

In the meantime, I’m considering switching to the safety-razor. I’ll just have to stock up on lots of toilet paper to mop up the shaving nicks. At least the extra cost of toilet paper will be significantly cheaper than the cost of replacement blades, plus my contribution to the problem of plastic pollution will be reduced. A win-win, then.