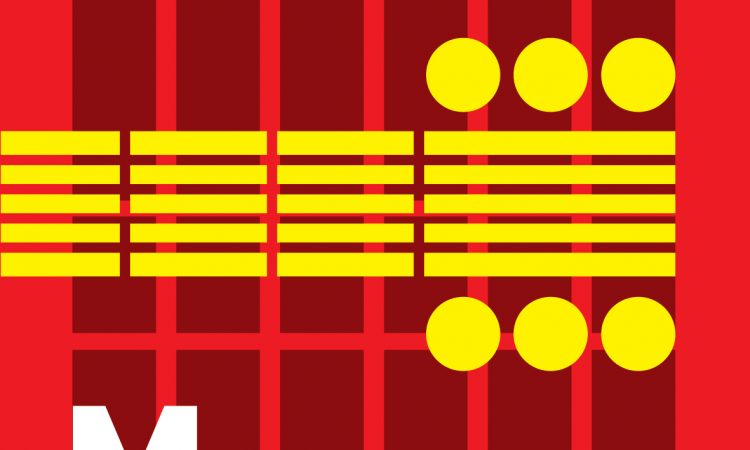 CATH ANNABEL enjoys ‘revolutionary music in a revolving setting’, a performance of Terry Riley’s minimalist classic ‘In C’ in one of Sheffield’s landmark buildings…

Anyone who knows the hugely influential  early minimalist piece Terry Riley’s ‘In C’ knows that every performance is different.  The number of performers, instrumentation, duration, all are up for grabs.  And each performer has the freedom to move onto another of the piece’s 53 phrases whenever they feel  moved so to do, independently or in response to other performers.

The work starts (as one might expect), in C, and then undergoes slow and subtle progressions during which the phrases move in and out of phase with each other depending on the choices of the performers.  So whether you see the piece performed live or hear a recording, it will be distinctly different each time.

I’d bet, however, that Friday night’s performance in the University of Sheffield’s modernist landmark, the Arts Tower, is a real one-off.  Audience members were in small groups distributed between the first to the twelfth floors of the 20-storey tower, facing the paternoster lifts, which are in continuous motion (during the working week ferrying staff and students up and down the tower to seminars, lectures and meetings).

As the music started (with static groups of musicians stationed on the mezzanine floor and the 13th floor), gradually individual performers started to appear in the paternoster cars.  As each of them appeared, sailed past us and disappeared again their sound swelled and then faded, and blended or contrasted with the sound of the performer travelling in the opposite direction.

This event was part of Sheffield Modern, a celebration of the city’s heritage of post-war architecture.  The Arts Tower, which opened in 1966, is a key example. 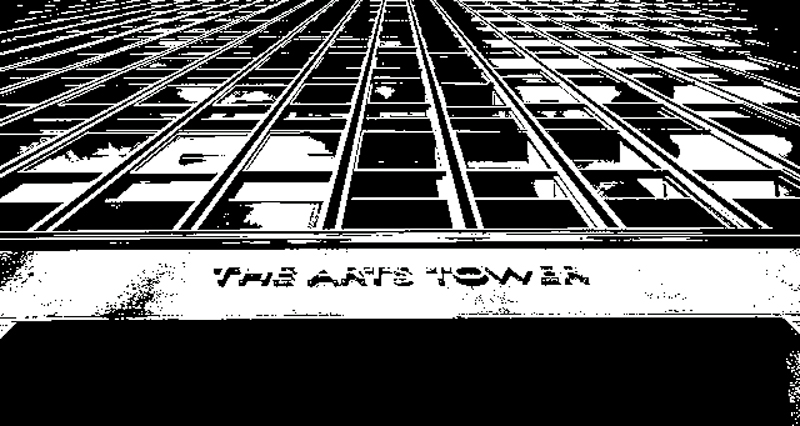 When I arrived in Sheffield as an undergrad, it was nine years old, home (as its name suggests) to the University’s arts departments and thus my academic home for three years. These days it’s primarily an admin building – the huge surge in student numbers in the ’80s and ’90s making the logistics of transporting people on the hour from lecture to lecture entirely unmanageable, with only two ‘modern lifts’, the paternoster system, and some rather daunting stairs.

There aren’t many functioning paternoster lifts around these days so Sheffield’s is a source of fascination and urban legends, the latter mostly concerning what happens if you stay on the lift as it goes over the top or under the basement of the building…  Paternoster novices tend to approach it with considerable caution.  See crime writer Reginald Hill’s description in the Dalziel & Pascoe novel, Dialogues of the Dead:

Ascent was via a paternoster lift, so called in Pascoe’s opinion because even a practising atheist (and especially a practising atheist with claustrophobic tendencies) was ill-advised to use such a contraption without resort to prayer. … The next platform rose and Pascoe motioned Bowler in while he summoned up all his aplomb. Two more platforms passed and there was still no sign that his aplomb had heard the summons.

And each year a new generation of students finds itself standing in front of the lifts, searching for its aplomb. 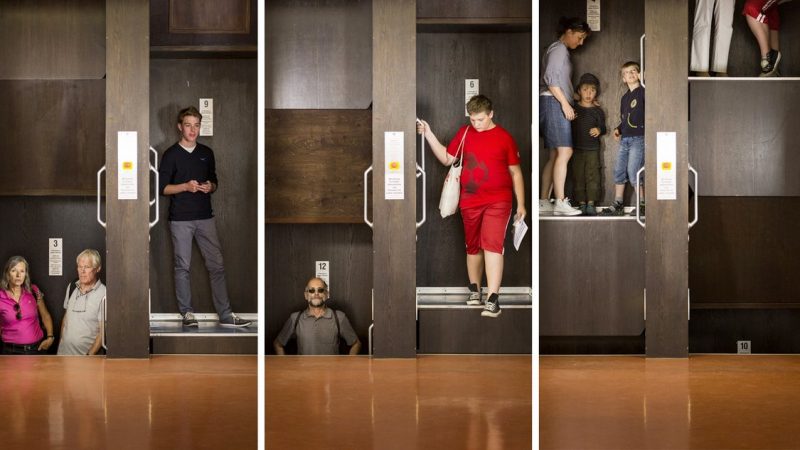 The Arts Tower and ‘In C’ are contemporaries – Riley composed ‘In C’ in ’64, and the first recording of the piece dates from 1968.  The paternoster lift system, where passengers step on and off at whichever floor they like, as the cars move endlessly around in a loop, is a perfect fit for the music (revolutionary music in a revolving setting, as the programme puts it).  The performers step on and off the lifts, and in and out of the score.

Unlike the lift, the music did have to stop at some point (this performance was one hour long, which is fairly average, though it can go on for several hours if all parties wish it!). Whilst there is a predetermined resolution to the score, the point at which this is reached is, in a sense, arbitrary, Certainly the listener isn’t given the obvious clues that classical music tends to provide that we’re getting close to the finish line.

We did have visual clues here.  Gradually, more and more of the cars were going up empty, and the string players appeared, en route from the 13th floor to the mezzanine. And then the paternoster was empty and the applause reverberated through the lift shaft from the basement to the 20th floor.