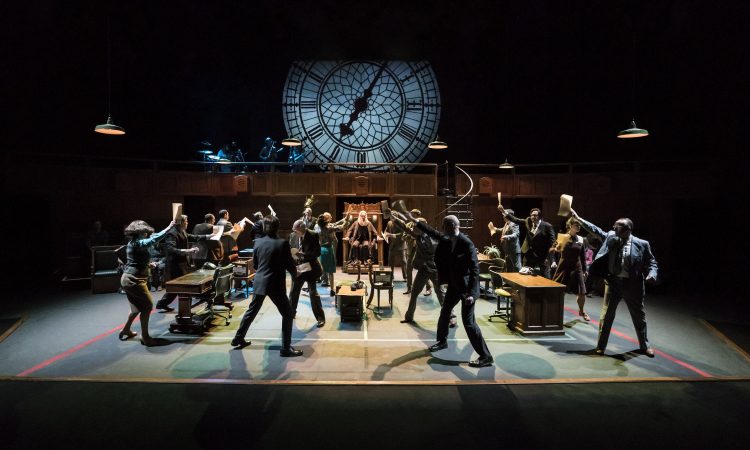 As battles loom in Parliament over the terms of Brexit, THIS HOUSE at West Yorkshire Playhouse recalls an earlier era of political conflict , but with a timeless message for today’s audiences, as RICHARD HORSMAN discovers.

With the continuous day by day, hour by hour media commentary on the saga of Britain’s withdrawal from the European Union it’s often difficult to remember that there was such a thing as politics before June 2016.

This House from Headlong Theatre at West Yorkshire Playhouse takes us back to the tumultuous years of the mid-seventies; from two elections in one year and the first Common Market referendum to Mrs Thatcher’s arrival in Downing Street.

The House at the centre of it all is of course the House of Commons, with all its arcane traditions.

These include whipping, pairing and (in the 70s at least) misogyny, but the strangest convention for outsiders is probably the idea of referring to MPs as “the Member for …” rather than by name. All the characters are “called” by the Speaker as they enter the story, and Mr Speaker remains as a wigged and robed figure on stage or in the shadows throughout the show.

It can be hard to recall instantly that Michael Foot was MP for Ebbw Vale four decades ago, although in many ways that detail doesn’t matter as the programme for the show comes with a handy crib sheet listing the names and (importantly) the constituencies represented by everyone involved in the plot. 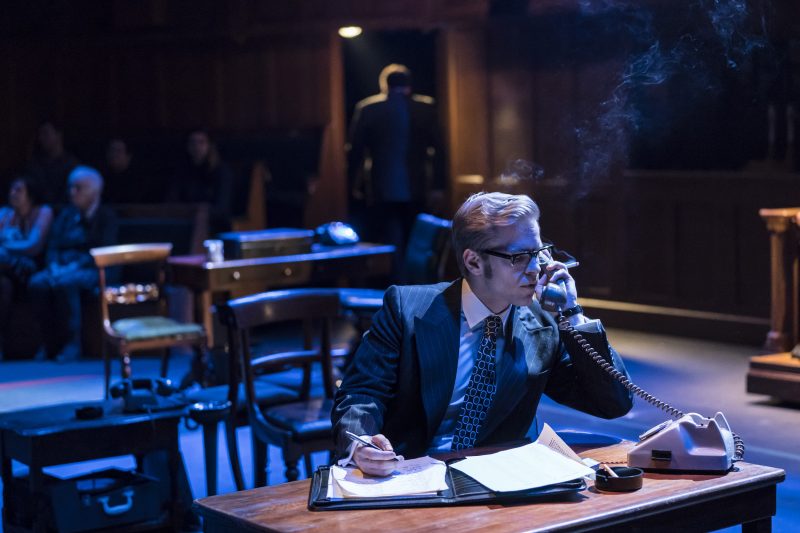 Most of the action takes place in the Labour and Tory whips’ offices. The whips are the enforcers of party politics, the wheeler dealers who will do whatever it takes to win or keep power by winning votes. It’s here too that the human stories unfold. When votes are too close to call the old, the frail and the breastfeeding mothers must be dragged in after midnight to ensure a result, whatever it takes.

Some of the imagery on the ingenious set is predictable; the green benches, the clock face made famous by News at Ten, and the mace which is the symbol of Parliamentary authority.

What I didn’t anticipate was a rock band performing live music at key moments (including a powerful rendition of Bowie’s ‘Five Years’), or the keenly choreographed nature of the whole production. This is evident not only the set pieces as Government and Opposition swap benches, but throughout the action. James Graham’s story really zips along, and the cast must be in exactly the right place at the right time as the lights come up for their next line.

There are some good jokes and also poignant moments – one of the conventions everyone is keen to uphold is that no-one dies in the Houses of Parliament; it will always be recorded that they left the precincts alive. It doesn’t always work out quite like that. 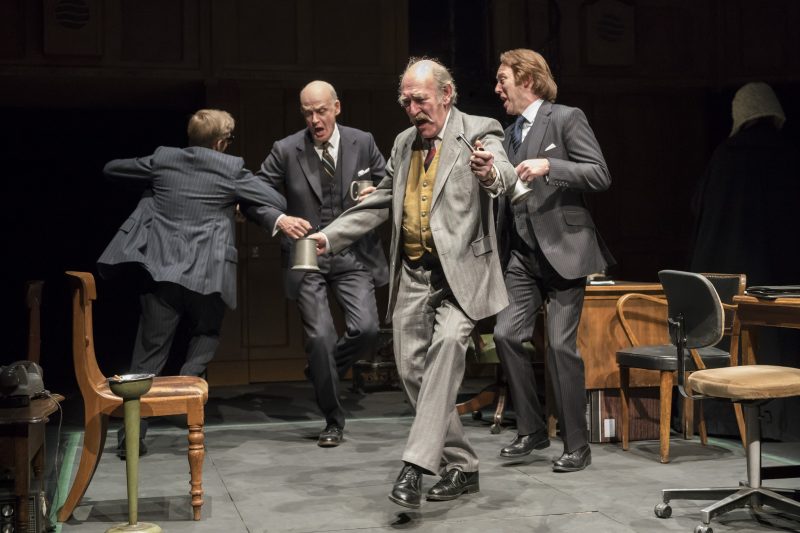 Some of the stronger performances in this show come from the women, notably Natalie Grady as newbie Labour whip Ann Taylor and Louise Ludgate as party troublemaker Audrey Wise.

It’s a period piece, as made clear by the costumes, the telephones and the incessant smoking but it’s also a piece for our times.

This House examines themes of class and party loyalty, conventions of political life that may be torn up for short term advantage, and how government works when the ruling party has the slimmest of majorities. Without hammering the point, directors Jeremy Herrin and Jonathan O’Boyle draw out messages that feel very relevant today.

This House is on at the Quarry Theatre, West Yorkshire Playhouse, until Saturday 10 March