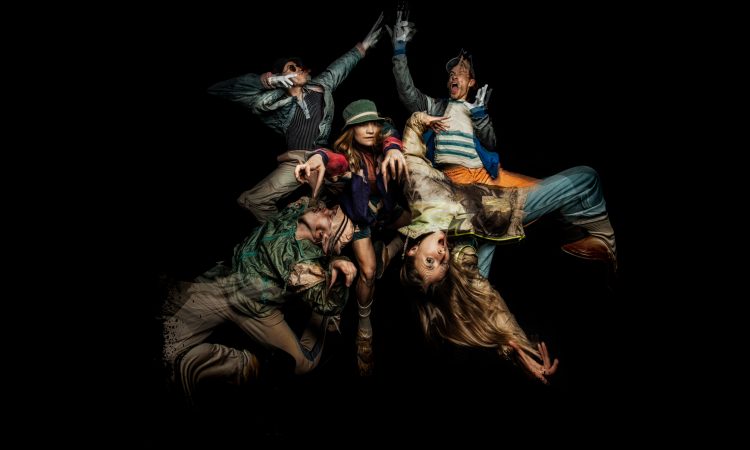 Do remember ‘rave’ music? Maybe you have memories of the Hacienda in Manchester or some other lost weekend of your youth? Or maybe it’s the music you remember: Dj’s like Sasha, Josh Wink, A Guy Called Gerald (voodoo ray etc) and Chemical Brothers?

Wasteland is a new dance theatre production that brings together the crashing demise of industrial Britain with the emerging Rave Subculture. It’s based on choreographer Gary Clark’s own experience of coming of age at the height of the rave movement and also on the real life experiences of former miners and people who, like him, found escape through rave’s music and alternative sub culture.

‘Raves’ first emerged in the uk in the late 80’s/ early 90’s and coined the name as these were spontaneous parties. Rave was more than a party though, it was a powerful cultural movement: acid music, ecstasy and uncontrolled dancing in fields, warehouses and other secret locations. Not so commercialised and even some free parties. People were part of something massive, and they were connected. Ravers felt a sense of belonging. Very quickly, British politicians responded with hostility against raves. Looking back, I would say that a generation of people not controlled by the ‘status quo’ embracing dancing, joy and connectedness was probably recognised to be a very dangerous thing.

Then Section 63 of the 1994 Criminal Justice Act came in and ‘Raves’ became a political movement. People took to the streets in thousands to protest for the ‘right to party’.  Yet they were defending more than parties. Raves didn’t just change the way people danced, it shifted a generation of minds and their political views.

Then came the backlash; warning of the dangers and deaths of this lifestyle, the ‘Leah Betts‘ generation. As I remember it, we were warned that we would drown from our own over-heated thirst if we dared take even one pill (Slogan – “Sorted: Just one ecstasy pill took Leah Betts.”) It was reported that the £1m Sorted posters campaign by three advertising companies: Booth Lockett and Makin, Knight Leech and Delaney and FFI. Booth Lockett and Makin counted brewers Lowenbraus one of its major clients, at a time when the alcohol industry saw increasing MDMA use as a threat to profits. The other two companies represented energy drink Red Bull a professional relationship that had earned Knight Leech and Delaney £5 million and was described by one of FFI’s executives who remarked that, “We do PR for Red Bull for example and we do a lot of clubs. It’s very popular at the moment because it’s a substitute for taking ecstasy.” (cit. Ectasy Reconsidered, Carey,J 1997). Make what you will of this.

So anyway back to Wasteland…

It was created to mark the 25th anniversary of the demolition of Grimethorpe Colliery in South Yorkshire and 30 years since the rise of UK rave culture. Wasteland is Gary Clarke’s new dance theatre production that is showing at Barnsley Civic this week. It is his follow up to the multi award winning production Coal. It’s an exciting, new dance theatre production that juxtaposes the ravers of the early 90’s who were going crazy in fields and warehouses all over the country, against the collapsing mining communities such as in Grimethorpe, where Gary grew up.

In 1994, Gary Clarke joined family, friends and neighbours to witness the downfall of Grimethorpe Colliery, an act of devastation that was not only another deathblow to Britain’s mining industry but contributed further to the dismantling of the working class community that surrounded it. “Grimey” as it was known by some had over 50% unemployment in the 90’s and rising poverty. Indeed, you may well know of Grimethorpe and it’s colliery brass band as the subject and soundtrack of the hit film ‘Brassed Off’.

Wasteland looks at the different ways generations coped in this era of radical change; one generation grinds to an exhausted halt, as the other dances towards illegal raves in derelict warehouses.

Gary says that for his generation “…the future was very bleak with very little prospect. The rave culture gave many of us the opportunity to escape these grim and grey realities and into a new world of music and dance where we could express our inner feelings, desires and frustrations. My passion for dance grew from this discovery”

It brings together a company of exceptional dancers and a community cast of four male singers, a total of 76 men throughout the tour of 18 venues nationally in 2019/20. Also on stage will be two brass musicians, specially selected for each venue from the 14 championship brass bands who made such a vital and important contribution to the success of COAL. Here is the trailer if you want sneak peak.