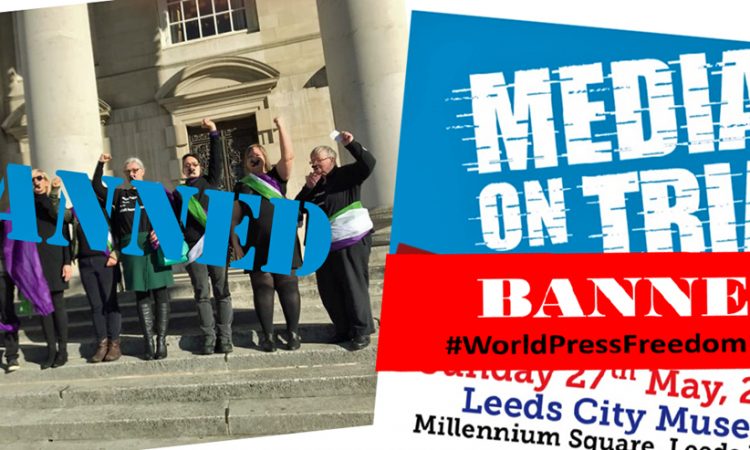 My article about the cancellation of a Woman’s Place UK meeting by Leeds City Council – the second meeting cancellation this year – prompted the Council to respond. This can be read – as can my reply – in the comment section of Leeds City Censor Strikes Again…

Though Leeds City Council’s main justification for cancelling the WPUK meeting is predictably administrative and bureaucratic, its response nevertheless reveals the essentially political nature of the decision, while still couched in the terms of bureaucratic policy.

The Council states: “[it] received a number of complaints from people concerned about the alleged use of controversial and potentially discriminatory language at similar events that had been organised by the group in other parts of the country.”

As a result of these complaints, and having “due regard to the need to eliminate discrimination, harassment and victimisation … and foster good relations between those sharing a relevant protected characteristic and those who do not”, the Council decided:

“[It] was therefore under a duty to consider whether the holding of this meeting at the Civic Hall, and the impact of that meeting and the views expressed by those attending, would be likely to help promote understanding and tackle prejudice between different communities, or not.”

So, let’s be clear: a ‘number of complaints’ about the ‘alleged use of controversial and potentially discriminatory language’ at previous WPUK meetings was enough for the council to apply token and tick-box diversity policy duties about ‘promoting understanding’ and ‘fostering good relations’ to cover what is acceptable to discuss in a political meeting on council premises.

There have been many angry comments on social media in response to this latest meeting cancellation. However, there have been many others who support the Council’s decision – and, in fact, its right to cancel any meeting based on the similarly vague and subjective criteria as above.

The views of one commentator are typical of this reaction

“The council received two letters when the event became public …in which they say they are hurt by the lies and sensationalism of some at and around WPUK and that therefore the group does not fit with the Council’s equality and inclusion policies.”

Some social media commentators even go so far as to claim that we elect councillors and pay officials to make these kinds of decisions on our behalf, as if policing opinion is no different to managing the traffic or making sure the bins are emptied.

That some are happy and willing to hand to those in authority the power to decide which views are legitimate to express in the public arena should come as no surprise in our increasingly censorious times; reflecting a poor opinion of both those groups imagined to be in need such paternalistic protection and the public in general.

The exercise of that power in Leeds (as we’ve seen so far this year) has been the cancellation of a meeting by a bunch of academics to discuss media coverage of the Syrian conflict following two complaints it was ‘pro-Assad,’and the cancellation of a meeting by a women’s group to discuss current UK gender policy proposals, again following just two complaints claiming it would promote ‘transphobia’.

Let that sink in…

As I wrote in May, Leeds Council’s actions amount to ‘the type of no-platforming tactic that student unions themselves have become increasingly and rightly criticized for.’

It seems that certain City councillors and their supporters believe the feelings and views of some should override the right of others to speak their minds freely on public issues on public premises.

In addition, the Council’s actions also run counter to Leeds’ long and healthy culture of debate – something you’d trust those councillors taking these decisions would have thought about as they’re in the process of putting together a programme to celebrate the city’s culture in 2023.

If Leeds Council really wants to ‘help promote understanding’, as it claims,  then it should champion debate in the city full-stop, and not seek to stifle it.  The excuse that they or others might find a topic too ‘controversial’ or ‘hurtful,’ or that it falls foul of some vague social inclusion agenda, could be used to justify closing-down just about any political discussion.

“Is there anyone in Leeds City Council willing to defend freedom of speech and debate?”

I know a number of councillors have expressed concern about these cancellations, so let’s see what happens.

But whatever takes place in the council chamber, it’s clear that those of us who believe in free and open debate clearly need to keep a close eye on Leeds City Council.

In the interests of continuing discussion, theCV is happy to publish any official response from the Council. Interested parties are invited to respond via comments below (subject to legal scrutiny). Please note comments on ALL our posts close automatically after 21 days.