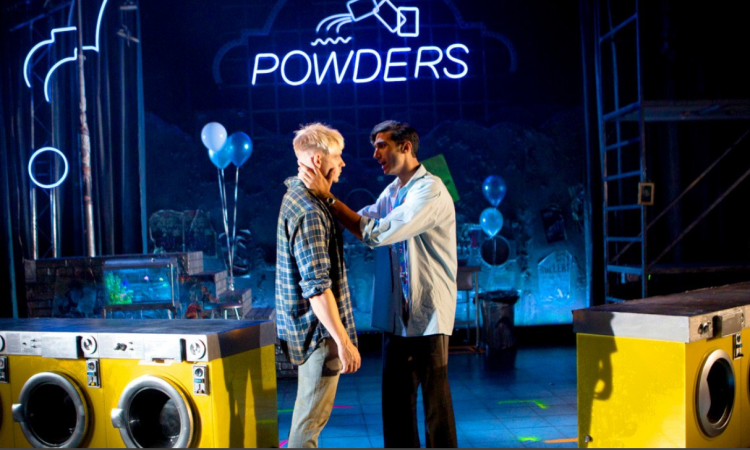 The screenplay by Hanif Kureishi was made into an iconic and ground breaking film in 1985. Looking at the relationships between members of English and Pakistani communities in Thatcher’s London. A tale of love, division and laundrettes.

I was excited to discover that actor Gordon Warnecke who played ‘Omar’ in the 1985 film has returned to play Omar’s father in the new stage production.

I saw the original film in the 80’s whereas Harry has never seen the film….Hear our thoughts about the new stage production.