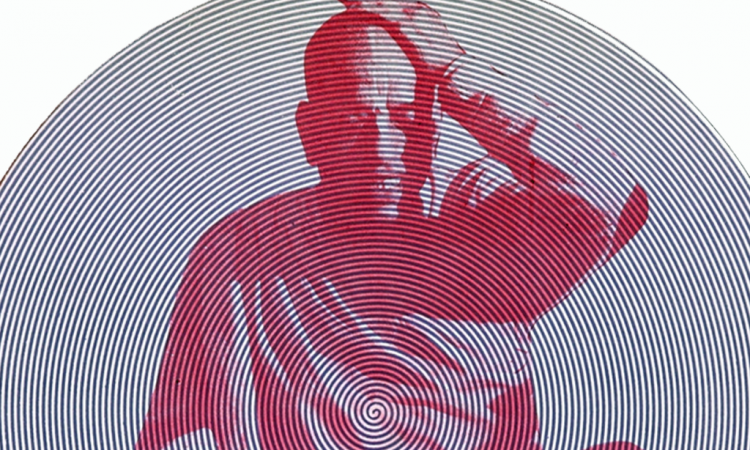 Being human in a busy world? PHIL KIRBY has a few questions after the Leeds International Festival

Several hundred of us gathered in a large cube shaped structure last Thursday to listen to a shaven-headed man in orange robes give a talk about “Staying Human in a Busy World.” Gelong Thubten is a colossus of calm, a maven of mindfulness, a paragon of compassion and loving-kindness. Nearly all of the mostly young audience seemed transfixed and genuinely responsive to his message that “micro moments of meditation” were the answer to the increasing demands of modern life.

I wasn’t entirely convinced. And it’s taken me a couple of days to work out why.

It’s not simply that his argument totally acceded to the dictates of consumerism. I think Ivor Tymchak is right to point this out, but it wasn’t the main thing that was niggling me.

And I entirely agree with Roman Krznaric’s critique of mindfulness in a chapter of his book, Carpe Diem (a brilliant book which I’d urge everyone to read) which quotes French Buddhist monk, Matthieu Ricard, who surprisingly has some strong reservations about the benefits of simple-minded mindfulness.

There are a lot of people speaking about mindfulness but the risk is that it’s taken too literally – to just “be mindful.” Well, you could have a very mindful sniper and a mindful psychopath. It’s true! A sniper needs to stay focused, never distracted, very calm, always bringing his attention back to the present moment. And non-judgmental – just kill people and no judgment. That could happen.

He went on to reference some recent scientific research that seemed to show mindfulness has no impact at all on levels of empathy or pro-social behaviour.

But while agreeing with the “mindful sniper” argument it still wasn’t what was bugging me.

Then I was talking to a friend about the first event I saw at Leeds International Festival, Sex Tapes, how wonderful, and raunchy, and ridiculous, and laugh out loud funny it was, and it struck me like the snap of a wet towel on a bare bottom… Sex! There’s a complete lack of sex. And music, and art, and poetry, and drama, but mostly sex. And how could anything help us to “stay human” if it lacks that fundamental component?

Gelong Thubten has taken a vow of celibacy. It’s not that. You can still be sexy and celibate – you only have to watch the last few episodes of Fleabag to see how. And, staying on that subject a moment, can you imagine that Catholic priest delivering a sermon on mindfulness at the wedding of Fleabag’s dad and step-mum instead of his “love is awful” tirade? We’d all have turned off, tuned out and dropped off. Calm is not always what’s called for. And sometimes you need to go out of your mind.

Mindfulness seems so limp, flaccid, saggy… ok, I’m all out of detumescent imagery, but I guess you got the drift.

It didn’t start out like this. In fact, the guy who established the monastery in Scotland where Gelong Thubten became a monk and did his first retreats was a Tibetan called Chogyam Trungpa, often likened to the Aleister Crowley of Buddhism, which is probably not something you’d want on your business cards. He was a raging alcoholic and rampantly promiscuous. A rake and a reprobate. Probably the most influential Buddhist of the Twentieth Century, and maybe the guy who started the mindfulness ball rolling.

I’ve read everything he wrote (I wouldn’t again, it’s dated badly) and watched all the youtube videos, especially the ones where he’s delivering a lecture so pissed he falls off the stage. He did that a lot. And he was a big mate of Alan Watts, the “genuine fake” and “philosophical entertainer”, another infamous drunk and womaniser (they both died ridiculously young from alcohol related illnesses.) Massively imperfect, damaged and damaging, unable to transcend the shit of his times, but gloriously likeable. Even at his worst (Google “great Naropa Poetry wars” for an insight into the shit Trungpa got himself into) his “crazy wisdom” had a poetry and an erotic charge to it. We could do with more crazy wisdom these days. This is probably the fairest thing on the internet.

Chogyam Trungpa wanted to overturn Western society. The new mindfulness wants to help us adjust, accommodate, and accept society as is. A little dollop of mindfulness now and again to help us through the day. Change nothing. Calm not confrontation. Productivity not playfulness. Accumulation not eroticism. It’s fundamentally on the side of capitalism as we know it.

Simply making sure our ego vehicle is licensed, taxed and MOTd ready for the fast lane of techno-capitalism.