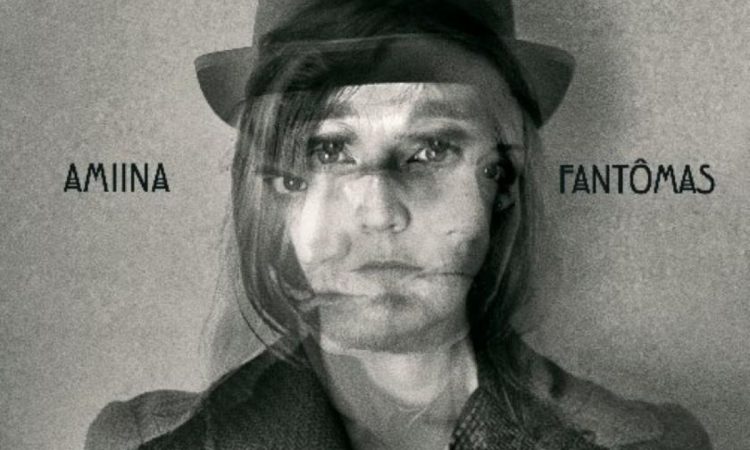 Magnus Eliassen, percussionist with Icelandic band amiina, grew up listening to his father listen to The Band, one-time Dylan co-conspirators and country-rock pioneers in their own right. Unsurprisingly drummer Levon Helm is a big inspiration.

“I did have a very musical upbringing,” Eliassen says when we chat via Skype. “I got to listen to a lot of classical music with my parents. A lot of different genres.”

“When I really got into music, I moved on from the seventies stuff to African music and American jazz. We don’t really get any British stuff here in Iceland, though [English free jazz guitarist] Derek Bailey is a big influence as well.”

Beats have always fascinated him, he says. He moonlights in a few different groups around Reykjavik including a free jazz outfit, evidence of the Icelandic capital’s richly diverse collective music scene.

For the last ten years he has been one of two male additions to ethereal folk minimalists amiina, layering percussive textures beneath the female quartet’s beguiling ambient wash of acoustic and classical stringed instruments.

“I am kind of stuck in the percussion department,” says Eliassen, “but I do have a lot of instruments like tambourines and drums from here and there. The music is multi-layered, (so) it’s just more fun running around than having a backing track play and doing nothing for twelve minutes at a time.”

amiina‘s involvement with Fantômas, Louis Feuillade‘s surprisingly modern crime serial, had its origins in an ambitious live-score screening in Paris to mark its centenary in 2013.

Commissioned to write a score for one of the cycle’s five instalments, the group settled on the episode Juve versus Fantômas which features a showdown between the dogged French police inspector and the notorious criminal sociopath.

Eliassen was familiar with Marcel Allain and Pierre Souvestre‘s original books, but not the subsequent films. Depicting the deranged exploits of the shadowy underworld figure who murders without compunction and who eludes capture thanks to his uncanny mastery of disguise, Feuillade‘s Fantômas adaptations have inspired a cult following worldwide.

The episode chosen by the band has a lot of weird stuff in it, Eliassen says. “There’s a giant snake and a bomb, and some ab-so-lutely ridiculous (visual gags). Characters hide from each other, but they just put on a fake moustache or a different hat and all of a sudden nobody recognises them, which is ab-so-lutely hilarious.”

amiina‘s luminous original score was released as a standalone album, complete with moody graphics and a playable postcard, in 2016. The music is meditative and languorous, swirling about the listener like snowflakes on the breeze.

Eliassen and his bandmates have played the legendary improv film nights organised by fellow Icelanders Múm, but settled on a different approach for the Fantômas project.

“We decided to go the Hans Zimmer way,” he says. “I’m not saying that to improvise over a sixty-three minute movie is not a really hard thing to do properly, but we just wanted to push ourselves.”

“We came up with the idea of writing themes for scenes linked to each main character. There are three or four main themes which run through the whole thing, but then we have different takes. If you listen very carefully you’ll hear the theme coming in and out.”

Enthusiasm amongst cinema audiences for silent film has not felt this conspicuous since the Golden Age which followed the First World War.

Speaking as an artist, its appeal lies in affording the space to travel around in and to work with, Eliassen says: “to leave something for my own imagination and other people’s imagination.”

He likens amiina to the orchestras who performed elaborate, specially composed scores before a cinema screen, until sound recording seemingly put an end to it all in 1928 that is.

“It all goes in circles. Half the batch of the first bible published in Iceland [by mathematician, cartographer and clergyman Gudbrandur Thorlaksson] had to be printed on skins because people didn’t believe in paper back in the 16th century. The fear of recorded music is basically the same fear as that.”

“We are probably all very conservative in that way. In saying that, you’re still stuck with the same old techniques. It’s pretty hard to be in-your-face hip and cool all the time. All music is based on other music, whether we like it or not. Everything we call innovative is of course innovative, but based on a system.

“If you play free jazz, you may come up with a new idea, but the technique is old. I would have liked to have heard more Derek Bailey when I was seven, though I would have probably have lost my mind,” he concedes. “You’re supposed to be playing football, or here in this country supporting either Liverpool or Manchester United.”

At mention of the Red Menace, Eliassen apologises. “Go Leeds! I like your team. Your head coach (Marcelo Bielsa) is insane. I would like to have him as conductor of a band. He would just beat the shit out of you every day of the week, then sit on a water cooler and chew Nicotine gum for ninety minutes.”

Given his recent ticking-off over Spygate, the last thing Bielsa needs is a film about a villainous master of disguise who can appear and disappear at will. Which is a pity because amiina‘s Fantômas at the Howard Assembly Room promises to be a very special ninety minutes indeed.