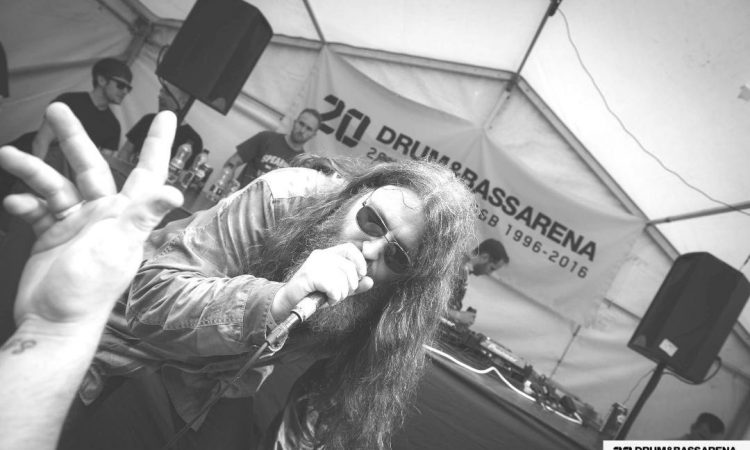 I know Huddersfield-based Pat Fulgoni as the legendary (5-6 million YouTube listens) drum ’n’ bass session singer. I first caught him at the pub-club EDM night DROP, then Unity Day, and later at the big Beaver Works night, Boombox Circus. He blew me away. There’s a reason so many established D’n’B acts call him up: his huge, soulful, bluesy vocals grab you deep in the gut and can sprinkle magic over a track.

There’s more to Pat than his D’n’B (or blues) stuff; his antiquated ideas of truth and justice drive him. He’s a man out of time and I’m writing here about his passionate political convictions (and connected tunes) in this time of turmoil, lies and doublespeak. Now is a time when nothing said by our rulers matters yet the effects of their power on people scraping the bottom of our economy are utterly brutal.

Cabinet of Millionaires, Pat’s collaborative project with Dave C has been pumping out protest songs for over four years. Earlier this year they released ‘Theresa’ which, among other things, references the Windrush scandal.

Theresa May’s ‘hostile environment policy’ led to the hounding of legitimate black people in the UK, of which 83 were wrongly deported. For me, the roots of Brexit are racist, and the Conservative fear of UKIP’s early success drove the racist agenda, creating the ‘hostile environment’ and pushing them, along with Farage, further into murky racist depths.

For a moment just stop and empathise, imagine the despair of the extended families, of grandkids watching Grandpa or Ma being illegally removed from their lives. This shit is real.

Ironically, the single ‘Theresa’ was played through a PA outside Downing Street the day before Boris was elected as leader of the Tory party. Pat is a political animal, regularly travelling to, or putting on protest events. He has convictions and a drive to try and change things. I’m beaten, I simply can’t be arsed.

Cabinet Of Millionaires’ latest single ‘Stop The Coup’ is in collaboration with Zion Train, reputedly John Peel’s favourite dub act, and should be titled ‘Boris Johnson’ as that’s the hook and who the song is about.

The COM vs Zion Train (who won a Jamaican Grammy for Best Dub Recording) track includes samples of politicians listing Boris’s misdemeanours. ‘A man who conspired with a criminal to beat up a journalist.’ God knows how Boris got away with that, a young black male would’ve been convicted or, at the very least, would’ve been given a police warning. Our world is bigoted and corrupt.

Seeing as Pat brought it up, I’d like to chuck in my two-penn’orth worth about Boris — fuck, I feel a diatribe coming on. The only thing I know for certain about Boris is that he’s a racist liar. He lies to protect himself and to further his political career. It’s what he does while he’s laughing at us.

Earlier this year Boris was pulled up for one of his past Brexit race-based lies — about Turkey’s imminent entry into the EU and his threat of 77 million Turks flooding the UK. He then lied about his lie, claiming he’d never mentioned Turkey in the Brexit campaign.

Boris started his career lying, getting sacked from The Times for making up a quote, he was sacked from the Conservative cabinet for lying about an affair, reprimanded by the London Assembly for breaking the rules and not declaring another (conflict of interests) affair and he’s just been pulled for lying to the Queen for political purposes. And then there’s the most recent one, with him refusing to answer and laughing off the simple question, ‘You know that woman, who your office helped get cash for? Were you shagging her?’

It seems Boris has introduced the Tories to lying as a means to power and they love it. These last weeks have seen them fake a video of Labour’s Keir Starmer, change their Twitter account to factcheckUK, providing a sham fact-checking service, and just the other day they tried to trick voters with their faked Labour manifesto website.

Do or say anything you like and people will believe it, or enough dopes to get you the win. Just lie and get the power to oppress.

The COM vs Zion Train Boris track (‘Stop The Coup’), among other things, includes his racist and homophobic comments. It’s officially released on the 6th of December but you can hear it now. I love my dub and the Zion Train mix of Theresa was my favourite, but the pumping COM vs Mikk Stupp collaboration is my favourite version of ‘Stop The Coup’.

I would like to announce a conflict of interest here, Mikk Stupp and his elder bro are my actual brothers — out of love and support, not genetics — so I may be biased.

The upcoming election is framed by call-outs for honesty, respect and calm language but I can’t lie, my beliefs in regard to the Brexit vote are simple. I think the majority of people who voted leave are daft or misinformed. Even after the referendum 61% of leave voters thought Boris’s £350 million lie on the side of the bus was true. Anyone taking even the slightest interest in the media would’ve known it was a lie.

That’s not to say I think all leave voters are ignorant racists. 61% are either ill-informed or dumb (fact) and the majority of them have been driven by racism (opinion).

Pat believes and he will fight the good fight but, to me, none of this makes any difference. I suspect 95% of people reading this will be left-leaning and any Brexiteers will dismiss me as ‘a Remoaner’.

Along with a bullshit argument, relying on ignorance about sovereignty, polls tell us that immigration and the £350 million lie were the top reasons people voted leave. For me, when a huge decision like Brexit was fully swayed by a politician (Boris) knowingly lying, that politician should be prosecuted and go to prison. There is no UK crime that will affect so many people so badly and, again, it won’t affect the people who drove Brexit. It’ll cause the most misery to the poorest people in our society… again.

The truth is dead. Nobody ‘knows’ anything, objectivity has become subjective and nobody has to take responsibility for anything… unless you’re a normal citizen, and especially if you’re vulnerable or at the bottom of our society.

There is no truth and there is no justice but it appears Pat Fulgoni will keep fighting to try and make them real.