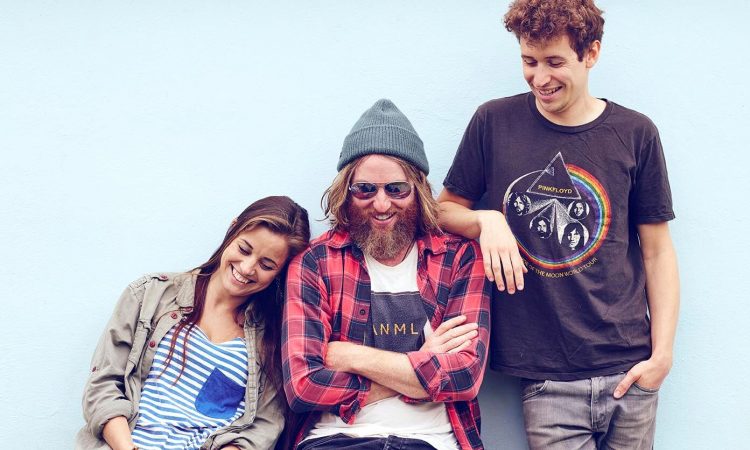 William the Conqueror’s loose-limbed garageland Americana made Proud Disturber of the Peace one of last year’s standout debut albums. With a follow-up due in February, tonight’s buoyant performance at Oporto in Leeds suggests the Cornish three-piece has lost none of its seismic urgency.

There are a few obstacles to overcome, however, not least the venue’s bench-seating which effectively relegates most of the audience to the rear of the tiny side-room. The Oporto is pocket-sized, better suited to the finger-picking solo intimacy of support Benjamin William Pike than the combative chiming sibilance of the Conqueror.

Not that Ruarri Joseph and bandmates Harry Harding and Naomi Holmes give anything like a half-arsed performance, but you can sense their frustration. “We don’t say much, but we’re very warm-hearted,” Joseph tells the crowd, urging people to come closer; a solitary adventurer plonks himself down in the middle of the floor with his beer where he remains for the remainder of the show.

The songwriter has a knack for hitching funky dissonance to gorgeous harmonies. William the Conqueror is a tight-knit, fighting unit. Musically, they are often compared to Ryan Adams, though they have greater wit and humility than that: a grungier J J Cale feels nearer the mark, particularly on new single Bleeding on the Soundtrack (Could there be a nod to Joseph’s Dylan obsessed father in that title?) which shines and swaggers in its new-found gloss.

In My Dreams and Pedestals from the first album feel punchier; shorn of Ethan Johns’ tobacco-soaked production they are not so wreathed in melancholy; recent single The Curse of Friends and the lovely Be So Kind are lost Richard and Linda Thompson treasures, they are that bloody good. A rollocking encore of Mind Keeps Changing very nearly doesn’t happen, the band mistaking the audience’s reticence for indifference as the final strains of Proud Disturber of the Peace fade away.

“I can’t read this audience,” Joseph confides. You get the feeling he would keep playing if someone only asked, but as it is, we are all tucked up in bed with a cup of cocoa by half-past ten. An awkward ending to a brilliant Sunday night out. Don’t be surprised if Ruarri Joseph writes a song about it…

William the Conqueror play Surf Cafe, Tyneside tomorrow evening and The Greystones in Sheffield on Wednesday.