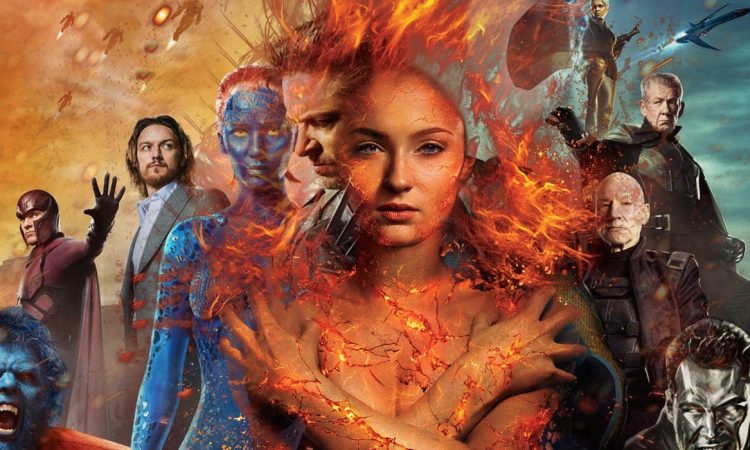 Welcome to Brit director Simon Kinberg’s second attempt at an adaption of the Dark Phoenix saga after the less than glorious X-Men : The Last Stand. Taking place nine years after the events in Apocalypse, Dark Phoenix sees Jean Grey (Sophie Turner) wrestle with her ever-growing mutant capabilities and draws inspiration from the 1980 comic run.

Beginning with a flashback to Jean’s childhood showing how she was recruited to Professor Xavier‘s School for Gifted Youngsters, Kinberg superbly captures the emotional intensity of the X-Family which has kept comic fans entertained for decades.

One particular highlight is the relationship between Jean and Cyclops (played by Ready Player One‘s Tye Sheridan). The couple are much more developed in this movie than they ever were in the original trilogy and their romance feels believable, significantly raising the stakes for the duo.

Whilst James McAvoy, Michael Fassbender and Jennifer Lawrence are all excellent reprising their roles as Xavier, Magneto and Mystique, it is Turner who is undoubtedly the main attraction. The Game of Thrones star gives a mesmerising performance as her character’s abilities grow out of control; she conveys Jean’s inner conflict in a way that is both intense and genuinely felt.

Turner dominates much of the screen time which means that Evan Peters’ Quicksilver (breathtaking in Days of Future Past and Apocalypse) only has a small part to play. The void left behind is filled by Kodi Smit-McPhee‘s teleporting mutant Nightcrawler who has some brilliant moments.

As an adaptation of the Dark Phoenix saga, the film draws much more from the comic than Kinberg’s The Last Stand, which relegated Jean’s struggle to a side plot. Here the director makes sure this lives and breathes the beloved story line, without copying it beat for beat.

The Hellfire Club of the comics is replaced by the extraterrestrial D’Bari, led by Jessica Chastain’s Vuk, who want to harness Jean’s newly acquired Phoenix force for their own ends. The action is well paced and as the audience, you’ll feel every hit. The emotional moments are broken up by impressive fight sequences that are actually meaningful because of the stakes.

One major gripe with the newer X-Men movies is a clear lack of planning. The new continuity already used Emma Frost and the rest of the Hellfire Club in First Class so the makers’ hand was forced for Dark Phoenix somewhat. The only member of the shady organisation to make an appearance here is sorceress Selene (Eberhardt).

X-Men : Dark Phoenix isn’t perfect by any means but the emotional moments land well amongst gripping action, serving as an adequate swan song for the franchise.